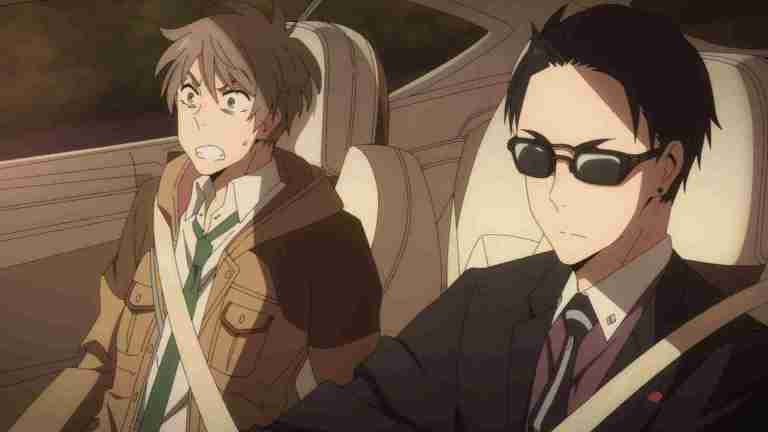 Working as a detective is one of the most coveted jobs which can be attributed to popular media alone. They mostly work in coordination with different institutions and co-defectives in order to reach the core of a crime. However, what if your partner turned out to be the opposite of you, whose philosophy is entirely different from yours and who tries to subvert the very essence of the profession with the influence of his/her /their wealth.

Now to put this seemingly isolated rambling into a context, this is the premise of the anime ‘The Millionaire Detective: Balance’, whose future prospects are in the discussion today.
The anime is an amalgamation of mystery and comedy. A very dangerous enterprise indeed as even the slightest deviation towards one element can ruin the anime for good. However, the show stands out successful in that regard.
The show was produced by the studio CloverWorks with Tomohiko Ito helming its direction. Originally, the show was inspired by the novel Millionaire Detective written and illustrated by Yasutaka Tsutsui.

It is important to make the distinction between shows that are inspired and shows that are adapted. The former follows only the quintessence or trope of the show whereas the latter is the loyal or scene-by-scene manifestation of the source material. The purpose of an anime is to boost the sales of the source material that it is based, in the case of The Millionaire Detective, the show has led to the average sales of the novel it is based on and its Blu-Ray DVD sales have not been too extraordinary.
In the case of the show, the novel originally runs in a more serious and mature fashion contrary to the anime’s telecasting of copious fan service and comedic moments.

The first season of the name debuted on April 9, 2020, and concluded on September 24, 2020, with a total of 11 episodes under its belt originally released on Fuji TV. The show’s aftermath saw a preponderance of positive reviews and also the curiosity into the future of the show.
As of now, no official word could be gleaned from the makers of the show. However, we can surely speculate for all intent and purposes.
Firstly, the reoccurrence of the show depends on certain factors, namely the popularity, source material, scope for continuation, and others.

The show is fairly popular with an IMBD rating of 7.4 and MyAnimeList rating of 7.5. Also, almost 95 percent of google users liked the show which is another great news.
Since the anime is not a loyal adaptation of the anime, it is hard to gauge in terms of how many chapters or volumes have been adapted by the show.

The final episode of the anime ended on a pretty conclusive note and therefore no further scope of continuation can be seen and also the novel which served as its inspiration has also been finished. The production studio involved in the making of the anime has a propensity of not renewing shows for season 2, despite the popularity. This was the case with Darling in the Franx and Rascals does not dream of bunny girls senpai which despite being extolled by fans were not renewed. So maybe the creators will carry on this propensity and maybe they would belie this very perception. We never know until some sort of official confirmation comes our way.

The plot of the anime revolves around two detectives, namely Daisuke Kambe who is also an inheritor of Kambe wealth, and a more straight-laced Haru Katou. The former is posted at the Modern Crime Prevention headquarters for those who have a record of troubling the Metropolitan police department, where he meets the latter.
The two have now become partners in solving crime but Haru doesn’t approve of Daisuke’s methods to solve cases by the power of his wealth or simply his bribery methods. Will they be able to solve the mysterious cases assigned to them while keeping up with their differences?