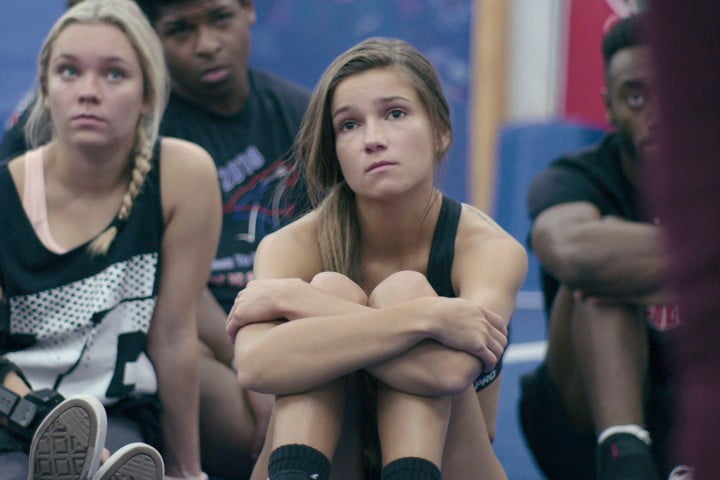 Cheer is a television documentary series also known as Docuseries on sports. American by origin, the series aired on Netflix in January 2020. Its first season had six episodes with a duration of about 57-62 minutes per episode. The forty-member Navarro College Bulldogs Cheer team is in the spotlight of the show which gets ready for action to compete in the National Cheerleading Championship organized every year in Daytona Beach, Florida. The team mentioned formerly belong to Corsicana, Texas.

But to cover all the team members in a short show like this is not possible that’s why the episodes are dominated by five cheerleader team members subordinated with the history of Cheerleading and the formation of the National Cheerleaders Association (NCA). The team performs under the coaching of Monica Aldama. The main highlight of the Docusery is that makers have shown the opponent team also to catch the attention of the audience and make the show interesting. The creator of this show is Greg Whiteley while the producer is Andrew Fried.

MUST-READ: Will Deutschland 83 Season 2 Get A Release Date Soon?

The director Greg Whiteley decided to make a Docusery like Cheer after his successful making of the Last Chance U. The plot for the first season was mainly committed to exploring the competitiveness and the level of rivalry in the National Cheerleading Championships. How the Navarro College Bulldogs managed to compete with their arch-rivals Trinity Valley Community College is the most exciting plot point that’ll keep you engaged throughout the show.

What made “Cheer” so extraordinary and captivating was the characters — we got the chance to know the personalities of five acute cheerleaders and the challenges they faced on their road to Navarro. From Morgan Simianer, who was left by her parents and brought up by her grandparents, to La’Darius Marshall, who dealt with a mother with drug addiction and the struggle to express his talent in a hyper-masculine world, each cast member had a unique experience that motivated them to excel “on the mat.”

While Lexi Brumback came back to Navarro after being kicked off the team by the coach at the end of the season for being caught with illegal things, and Morgan decided to stay in Corsicana for one more year, it’s vague who else might return. It’s safe to assume, however, that one cast member will not be returning if a second season is set to be released. But on the arrest of Jerry Harris the most popular character of the show, the statements of his co-actors came from all sides.

Despite all these troubles and adversaries, the audience still has a hangover of the show and is ready to welcome the second season of Cheer. Now it’s all up to makers what they want to do! For now, let’s leave this decision to the makers!! Till then keep visiting Liveakhbar to get the latest updates! 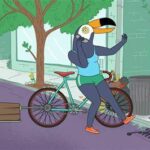 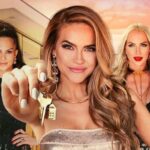