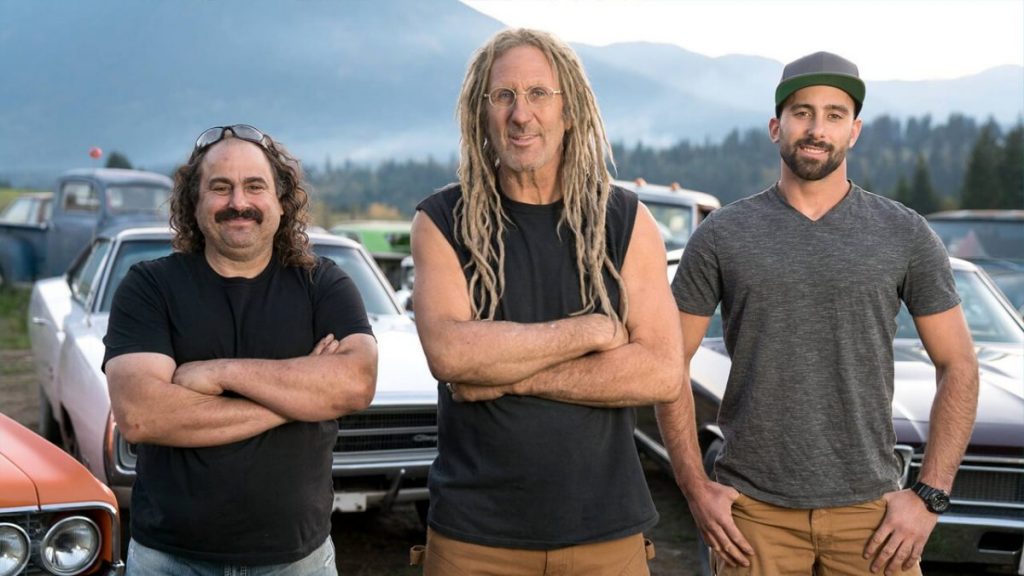 Cars have their fan base and people all over the world are mad about collecting vintage cars, the excitement is on another level when you restore a vintage car and give them a modern engine. A show based upon this is Rust Valley Restores, as the name suggests they turn cars from Rust to Remarkable located upon the foothills of Rocky Mountains is one of the world’s most unique and some bit crazy car communities popularly known as Rust Valley.

The far you look you will only be able to see a junkyard of old and abandoned cars and at the heart of that place is a restoration shop run by some cheerful characters who have great knowledge, experience and passion about the cars and this show belong to them, we are here talking about the season 4 of the show.

For season 4, History TV has given the green light for the production of the show so it will be coming and also be available to you for stream on Netflix but when that’s hasn’t been announced yet.

So, this reality show has even spread its lights on the Award section by having 3 Leo Awards in screenwriting, picture editing, and cinematography and a nominee for the Canadian Screen Award for best direction.

MUST-READ: When to Expect Reflection of You Season 2 Release Date?

The cast of the show includes the owner, the brains behind the idea, Micheal ‘Mike’ Hall, owner of the Rust Bros Restoration, Mike worked for 20 years in the slope stabilization business as a rock blaster and the next 20 years owning a company for the slope stabilization, Chimera Springs Rock Works Ltd. He started collecting cars as a passion in his teens and decades later he collected over 400 cars but wasn’t able to send the cars and the property so he later decide to open a restoration workshop on that property and was then approached for the show.

Avery Shoaf, a friend of Mike interested in cars, previously had a heavy equipment company now owned Wildman Restorations. Connor Charman- Hall, Mike’s son previously used to work with Avery now also runs Mike slope Company. Sarah Ward who joined the Rust Bros in 2018 works on findings the correct parts of the vehicle which is being restored. Cassidy McKeown works for the Rust Bros. Shalin Shoaf, son of Avery, a mechanic by profession, and works at the Wildman Restorations.

When season 4 will come the main gang will return alongside some new characters, that’s what we assume.

Describing the plot of the show, the 7.8 rated show having about 2.8k votes on IMDb, is all about the cars and the magic that happens when you leave some cars, lovers with crazy stuff, the series shows how the Rust Bros makes some amazing restoration while going through some problems and how they can make sell the restored cars and make a profit on them. But you will see an amazing vintage cars lineup in every episode and your eyes will be glued to the screen for that, the lineup includes 1966 Lincoln Continental, 1966 Mustang, International Harvester just to name a few.

Talking about season 4 one thing is for sure we will be able to see some awesome cars that we all will want and the main gang back with all the drama with them.

Rust Valley Restores Season 4 Trailer is not here yet but when it will that can’t be predicted. Till then enjoy the previous seasons which are streaming on Netflix, and just to remind you what is going in the Rust Valley see the trailer of season 3 attached below and stay tuned to the website for any further updates.

ALSO READ: Is Women Of The Night Season 2 Coming Soon?