Dexter is a television series of American origin filled with a lot of drama and dominated by the crime genre. It was premiered on Showtime for a duration of almost seven years covering 8 seasons from October 1, 2006, to September 22, 2013, and a large number of 96 episodes. The plot for the first season was based on the novel “Darkly Dreaming Dexter” authored by Jeff Lindsay which is the first one of the series of novels written by him. The television rights of this novel were owned by James Manos Jr, who also penned the first episode of the first season.

The show has Michael C. Hall as its lead actor whose role play as Dexter Morgan forces the audience to have a feeling of justice in what the lead actor is doing. Along with Michael, other co-actors in this show are Julie Benz, Jennifer Carpenter, Erik King, Lauren Velez. The show is directed by different directors to date but there is an update that the first six episodes of the ninth season are going to be directed by Marcos Siega. It is produced by different executive producers along with production companies like The Colleton Company, John Goldwyn Productions, and many more, even some of them just produced one season.

Already excited for the ninth season of the television show Dexter? So do we!! Waiting desperately for the ninth season of The Dexter. But take a chill pill and get ready for the action in Dexter season 9 ready to be premiered on November 7, 2021. Yes!!!! you read it right!! The premiere date doesn’t seem too far!! does it?? Well, if that Patience is the cost of watching a well-created work of art like Dexter, then that patience will be worth its value. This time this is just not an assumption but a proper announcement of the premiere of the ninth season of Dexter. The ninth installment of Dexter will also be premiered on Showtime.

Though season 9 of Dexter is ready to be released after almost 10 years, yet the new season was inevitable even if the makers set it to release after 15 years. The main reason behind the inevitability of release of the season 9 was the controversial ending of season 8. Everyone was very disappointed with the ending of the previous season. The audience was bearing a grudge about the ending as the hero’s end must not be tragic. As we saw in the previous season climax was that Dexter was spotted living in solitude in Oregon.

Now the ninth season can proceed with the story of Dexter being returned to the Miami metro police department after new troubles surround him from all sides. In the end, there’ll be no way in front of him rather than returning to his old life where he was diminishing all the bad ones in his own way. Another important plot point of the upcoming show will be the guilt of Dexter he is bearing with him from the previous season.

MUST-READ: The Purge Season 3 Release Date: Is It Coming or Is It Cancelled?

Dexter Recap Of The Previous Seasons

The plot of the previous shows is based in Miami where the story focuses on Dexter Morgan who is an expert in the analysis of the Bloodstain pattern working for the Miami Metro Police department which is a work of fiction. But no one knows that a doctor will be gutful enough to murder the criminals who he thinks escaped from justice or not being punished justly by law. So he bears the responsibility to give proper justice and punish the criminals according to the severity of their crime. The story goes forward as the people around Dexter connect with the main storyline and how Dexter gets tangled in a net of situations. How these troubles create a mess in Dexter’s life and how he deals with it is the prime highlight of the show.

The Wheel Of Time Ending Explained | Was the Show A Disappointment
Biggest screen size smartwatchs x
Biggest screen size smartwatchs
Talking about the last season of Dexter, some of the main highlights were the death of Dexter’s sister Debra Morgan(Jennifer Carpenter) by a psychopath Oliver Saxon ( Darri Ingolfsson ), Blaming himself for this tragedy, the suicide attempt of Dexter and at last the scene of the Dexter living in solitude.

Though Michael Hall as Dexter will return in the show, there will also appearance of a set of a whole new cast. Since the last season aired almost 10 years ago, many actors got out of the ninth installment of the Dexter back before the announcement of the ninth season. Some of the new cast actors officially announced by actors are
Kurt Caldwell as Clancy Brown, Julia Jones as Angela Bishop, Alano Miller as Logan, Johny Sequoyah as Audrey, Jack Alcott as Harrison Morgan, David Magidoff as Teddy, Jamie Chung as Molly, and Oscar Wahlberg as Zach.

These were some stuffs related to Dexter season 9. If you have read it to the end, do make sure to leave feedback about the article. You can also support Liveakhbar by subscribing to it so that the Liveakhbar team can provide you content with more knowledge, more research, and more accuracy. Stay tuned with us and visit the LIVEAKHBAR page on regular basis to be updated about the different web and television shows, anime, and much more! 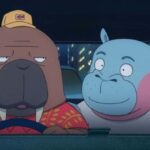