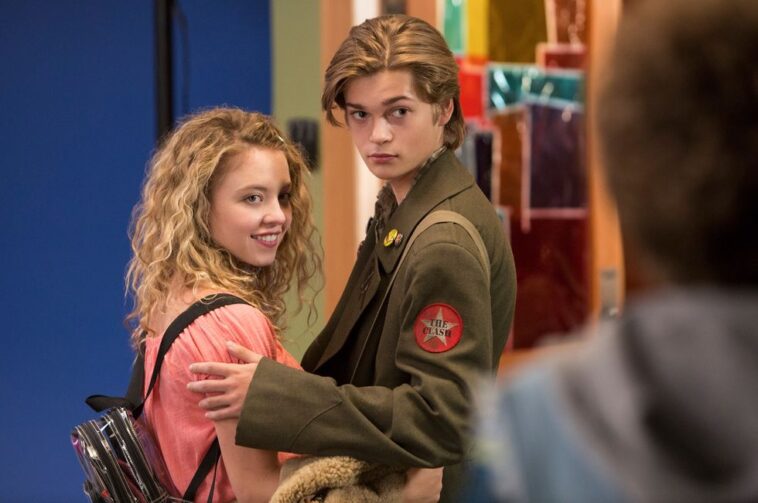 Wondering when will Everything Sucks! Season 2 will release? Everything Sucks! is an American drama-comedy television series on Netflix. The show is written by Ben York Jones and Evan Mujica. It was released on February 16, 2018. There are a total of 10 episodes each of 22 or 27 minutes. The show is produced by a team of Josh Appelbaum, André Nemec, Jeff Pinkner, Scott Rosenberg, Ben York Jones, and Michael Mohan. The show is created in the English language in the real-life town of Boring in Oregon. Daniel Arauz and Ry Russo-Young are the directors of the show.

The show depicts the coming of age of teens of the mid-1990s. The story deals with a group of teenagers of a fictional high school who make a movie together along with finding new things about their life, sexualities, mental health, and growing up. The show is a romantic comedy series and teen drama good for binge-watching.

The Teen drama revolves around a group of nerd high school students at a fictional high school called Boring high school in Oregon in late 1996. the show centers on the school’s drama club and A/V club, both of the clubs are considered unsuitable for the school. Along with this Luke a young boy also a fresher at boring, with him his bestie McQuaid hopeless geek, and a weird voiced immature boy Tyler Brown. all of them are considered social outcasts and the least popular kids in the school.

To change this all of them decide to join the A/V group to boost their nerdy status, where luke develop a love interest for Kate, the principal’s daughter, who herself is learning about her sexuality. Kate has recently discovered he sexuality as being a lesbian. Therefore the show also shows the condition of LGBTQ during that period. Later after the destruction caused by kate to the movie sets, the a/v and drama club plans to prepare a movie and screen it in school. Meanwhile Luke unknowingly discovers her father’s VHS tape he left before leaving his mother. Overall the 1st season is all about the kids discovering their new love interest, sexuality, and struggles during school time.

Everything Sucks! Season 2 Release Date: Why Did Netflix Canceled It?

Netflix has officially canceled the making of the second season of Everything Sucks! due to many reasons. Netflix has revealed that the show has failed to receive a big viewer platform, also most of the viewers are still stuck in 1st episode or have not viewed more than 1 or 2 episodes. Also, Netflix only renews those series that are able to gain popularity and subs to it. therefore everything Sucks ailed to do so, although there are still many passionate fans still waiting for a season 2, in an interview the executive manager of Netflixrevealed that they get almost 100 mails every day from the fans for the renewal, Netflix policy makes it difficult for the show to update.

The show features many debuts and few famous acter faces in the show. talking about the main characters we have Jahi Di’Allo Winston as Luke O’Neil, a sophomore In boring high school, he also joins the A/V group, she also has a crush on the principal’s daughter Kate, He and his mother were abandoned by his father long time back. Peyton Kennedy is Kate Messner Principals’ daughter and she is also in the A/V group. she discovers new things about her sexuality when she begins to develop a crush on a girl Emaliee. The boring high school principal, who starts getting close to Luke’s mother. His wife also Kates’s mother died when Kate was 5.

Quinn Liebling as Tyler Bowen, also a sophomore in boring high school, also a member of the A/V group, and one of Lukes’s besties. He suffers from ADHD and dyslexia. Rio Mangini as McQuaid, also a freshman in the A/V club, also he is one of Luke’s best friends. He is very awkward around girls and a social nerd. Claudine Mboligikpelani Nako as Sherry O’Neil, she is luke’s mother and her husband left her when luke was very young. she is now a flight attendant and began to develop romantic feelings with the high school principal.

Everthing Sucks! Season 2: No Trailer To Be Released?

As clearly mentioned above that there will be no season 2 releasing for Everything Sucks! hence it is clear that no trailer will be released related to season 2, but still, there is a little hope for the renewal because of the fan’s demand, which is not that high but still, there are many fans waiting for a better ending to the series. Till then you can watch the trailer for season 1 easily available on youtube. Click below to watch the trailer. You can also watch the complete series on Netflix with different dubbings and subtitles. 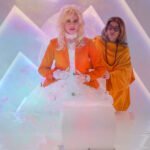 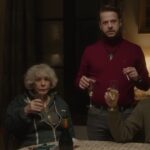