The OA is a Science fiction mystery drama television series with few elements of supernatural and fantasy. The creator and executive producer of the show are Brit Marling and Batmanglij, it is their third collaboration together on a project. The show consists of two seasons of 8 episodes each. The show managed to receive favorable reviews from both critics and audience, season 1 received 77 % whereas season 2 received 92 % on rotten Tomatoes. The series is also compared to Netflix’s original Stranger things for its similar kind of theme and setting.

There was a vast difference between the first and second season of the show as the first season received polarized reviews and people were not able to connect that much with the story, whereas the second season made its mark and went on to gain high ratings making it one of the best shows of the year 2019 by many editorials.

The series was in the works since 2012 when the creators pitched the idea to various production houses, the series was officially announced on 5th March 2015 when Netflix ordered 8 episodes of approximately 60 minutes in length. The show was finally released on 16th December 2016 and then revived for a second season which was released on 22nd March 2019. On 5th August 2019, it was announced by Netflix that the show is canceled after two seasons, which ended the show on a cliffhanger ending. Creators announced that they were “deeply sad” by the decision, whereas fans of the show started a Twitter trend #SavetheOA and #OAisreal, even there were billboards displayed on Times square for saving the show but the decision stood intact and the show was officially ended.

The show follows the story of prairie Johnson, who is an adopted young woman who mysteriously disappears and resurfaces after seven long years. When she returns she starts to call herself OA which stands for Original Angel, she has scars on her back and Now can see because when she got disappeared she was blind. Upon interrogation she refuses to tell anything to her parents or the FBI about where she had been for this long and how her eyesight got restored, instead, she makes a team of 5 people, four of which are students and one is a teacher and tells everything to them.

She also tells her life story to these men and asks for help to rescue other missing people by opening a portal to another dimension. The second season follows OA’s journey into another dimension where a portal opens to the city of San Francisco where she must find other missing people and come across various mysterious that lie ahead of her. In the end, she has to face unfortunate circumstances as she and her team of five people go on a journey across America to solve the mysteries surrounding her and the world as she knew it before getting disappeared.

We see Prairie Johnson, who is an adoptive daughter return to her parents Nancy and Abel after seven long years, she got mysteriously disappeared but now when she has returned she is able to see everything clearly but she was blind. She meets Steve who is a neighborhood bully and tells her she is going to save him in the future only on one condition to help her set up a team, then she and Steve meet four teenagers and their teacher where she tells them she was born in Russia to a powerful Oligarch but had to flee the country and come and settle in the USA where she was adopted.

Now she along with her team has to travel to another dimension to save other missing people, but it comes with its twists as alternate dimensions have a different timeline and events that have not occurred in real life. 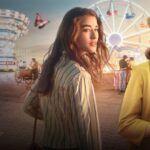 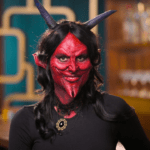