South Korean dramas are getting popular worldwide. And they have covered almost all the genres. Maker’s every time come back with a new and different plot and that’s the best thing about the kdramas. Various platforms provide drama for free with English subtitles. But also there’s some platform like Netflix which needs a subscription. South Korean dramas are loved by viewers. Almost every kdrama is highly rated. Whether it is thriller, romantic, mystery, or medical drama people always enjoy watching them.

You must be thinking that we are here to talk about the popularity of Korean drama. No, we are here to tell you about the popular drama He Is Psychometric. As the first season ended fans are going crazy and waiting to hear some new information regarding the release of season 2. Here in this article, we have covered the latest updates about the most awaited drama He Is Psychometric Season 2.

He Is Psychometric Season 2 Plot

The story revolves around Lee Ahn. When he was young his building caught fire due to which he has lost his parents. Kang Sung-mo, who lives in the same building, saved his life. And after that incident, Lee Ahn got the Psychometric power. He has the ability just touching an object or a person he can see their memory. Moving further in the story Lee Ahn was living with Kang Sung-mo who has become a prosecutor and Lee Ahn is shown as a high school student.

Both are very close to each other and share a nice brotherly bond. Lee Ahn meets Jae-in and she is hiding her painful past secret. Jae-in has developed some misunderstandings related to Lee Ahn. The main villain of the drama was a murderer who is suffering from a disease in which he cannot feel any pain or emotions. He was completely a psychopath. In this story, you will notice many murders and Kang Sung-mo and Eun Ji-soo who are investigating this case. Eun Ji-soo takes the help of Lee Ahn and he performs his psychometric on the dead bodies.

In the story their a mysterious relation between the murder and Kang Sung-mo.
Also, Kang Sung-mo is the mysterious character of the drama. Lee Ahn cannot perform his psychometric power on him. As the drama will move further you will be enjoying the sweet love story between Lee Ahn and Jae-in and Kang Sung-mo and Eun Ji-soo. Also, there a friend of Lee Ahn who’s is madly in love with his classmate. Lee Ahn uses his powers to cheat in the exam’s which was quite a funny scene in drama where Jae-in is a very mature girl. There are various twists and suspense in the series and you will notice that Jae-in father is somewhere related to the fire incident in which Lee-Ahn’s parents were dead. Watch the drama and enjoy the sweet and heart-touching love stories filled with suspense and comedy.

MUST READ : When To Expect Love Marriage And Divorce Season 3 Release Date?

He Is Psychometric Season 2 Release Date

The 16 episodes long season 1 was released from 11 March 2019 to 30 April 2019. Season one was released on tvN every Monday and Tuesday at 21: 30 with the running timing of 60 minutes. This drama is also available on Netflix for worldwide audience. The drama was a big hit of its time and especially youth loved it the most. People are waiting for the renewal. So it has been more than two years since the first season ended. And from then people are anxiously waiting for its next season.

The news can be disappointing for He Is Psychometric fans because till now there’s no official announcement regarding the release date of season 2 is out. But looking at the rating we can hope that makers will decide in favor of the audience. As of now, it is difficult to assume the release date because till now it is not yet confirmed that the show will come or it is canceled. But according to our sources, we can expect the drama in 2022. But we assure you if in near future makers will make any decisions about He Is Psychometric Season 2 we will inform you all.

He Is Psychometric Season 2 Cast

As there’s no official news regarding the second season so it is difficult to predict the future Cast. But there’s a chance that makers can return with the old cast.
Let’s take a look at season one cast and crew. Created by Studio Dragon, written by Yang Jin-ah, and directed by Kim Byung-soo. Season one cast members include Park Jin-young as Lee Ahn, Shin Ye-eun as Yoon Jae-in, Kim Kwon as Kang Sung-mo, Kim Da-som as Eun Ji-soo in the lead role.

Next read : Find Me In Your Memory Season 2 Release Date Confirmed or not?

He Is Psychometric Season 2 Trailer

There no trailer is released yet. But here we are dropping the trailer of season 1. 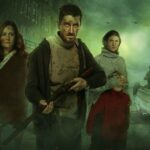 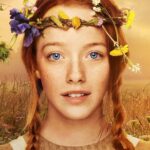