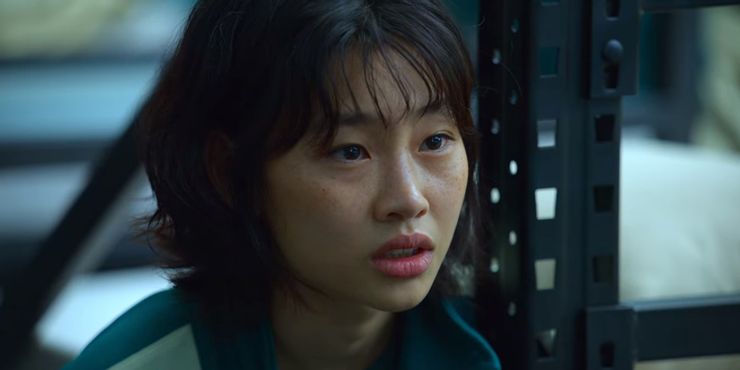 Netflix surely delivers several hit foreign series especially non-English shows. Apart from Spanish, French, Dutch, and German TV series we also have a vast option available when it comes to Asian shows. The first thing that appears in our mind while talking about them is k-dramas. There is a common perception of people that South Korean TV series are only good when they lie in the category of romantic comedy. But it is completely false. And if you still believe the above view to be true then you need to watch Sweet Home, The Penthouse: War in Life and Nobody Knows. Even after going through these series, if one still needs clarification then, ‘Squid Game’ is here.

Squid Game was released in September 2021 and this new k-drama is winning hearts globally. Co-CEO of Netflix, Ted Sarandos, said that Squid Game can win the race and has a chance of becoming the most popular show ever released on Netflix. As per the source, the show is the first Korean drama to secure the first position on one of the leading platforms, Netflix.

Apart from its story and other aspects, Squid Game is also being searched for the character, Kang Sae-Byeok. Isn’t it strange? But, it is true. Since the day Squid Game was released, the actress who played the role of Kang Sae-Byeok has received limelight from everywhere. Most people are curious to know about her real name. If you are one of them, then, in that case, you are at the right place. Scroll down to have a look at the details of Kang Sae-Byeok’s real name.

What Is The Real Name Of Kang Sae-Byeok?

As the story portrays, the drama series has 456 people who participate in a competition that offers huge prize money. The players have been assigned a particular number and the face that we all witnessed in the number 067 is none other than Kang Sae-Byeok. This role has been amazingly played by HoYeon Jung. In the series, she is a North Korean defector who needs to win and survive the competition because she wants her family to leave the country safely. For this purpose, she needs to pay money to a broker.

Born and brought up in North Korea, Kang Sae-Byeok lost her loved ones that included her grandparents and father. She had her younger brother who she admitted to a children’s home as she realized that she can barely care for her brother. Kang Sae-Byeok was able to escape from the country but her mother was forcefully left there. Through the competition’s prize money, Kang wants to make her family live at ease and happily ever after.

HoYeon Jung started her on-screen acting through Squid Game itself and her debut was so mesmerizing that the people are already expecting more from her side.

The Korean actress and model, HoYeon Jung was born in Seoul on 23rd June 1994. Presently she is 27 years old but she was only 16 when Jung started her modeling career. This year marks the beginning of an acting career. This actress remained in buzz a while ago after securing the second position in Korea’s Next Top Model season 4. Being a model, she also appeared on the cover pages of several fashion magazines including Vogue, Nylon Korea, and Girl Korea.
Talking about her personal life, Jung is dating Lee Dong Hwi who gained recognition after appearing in the TV series called Reply 1998.

The series has been written and directed by Hwang Dong-Hyuk. It was released on Netflix on 17th September 2021. Squid Game consists of 9 episodes and is starring Lee Jung-Jae in the character of Seong Gi-Hun, Park Hae-Soo in the shoes of Cho Sang-woo, and Anupam Tripathi as Abdul Ali. The story centers around a mysterious competition in which 456 people participate as all of them want to win a huge sum of money. These people need financial stability and for this, they put their lives in danger.

ALSO READ: How Much Is Fernanda Gomez Net Worth? Here’s What We Know!

Want to Know Money Heist’s Pedro Alonso Net Worth? Here It Is! 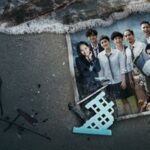 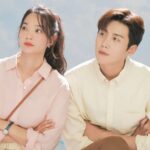