In the age of content, we come across new shows each day on various streaming services, one of the latest add ones to the list is Jailbirds new Orleans that got released on 24th September 2021, the show is a follow-up to the 2019 documentary series Jailbirds. The producer of the show is Rasha Drachkovitch who also happens to the producing the docu-series as well. Jailbirds New Orleans currently has 3 episodes with an average runtime of 40 minutes.

Unlike its source material, this series tries to take a new way of storytelling but with similar source material. The main theme of Jailbirds New Orleans mostly circles the justice institutions in the city of Orleans. The show is female-centric with a larger approach towards the loopholes and weak points in the city’s justice system which has gained a reputation of being one of the most violent cities.

Season 1 of the show was released on 10 May 2019 and comprises 6 episodes of approximately 40 minutes each. The second season titled Jailbirds New Orleans was released on 24 September 2021 on Netflix which had 3 episodes. As of now, there has been no official announcement regarding upcoming seasons of the show both by makers or distributors but it is expected that the new season could release around mid-2022 or early 2023.

As the story unfolds in front of us we come across the New Orleans justice center where we see women having some kind of verbal brawl with another woman, justice center is another term for jail where the show mostly settles towards the women’s ward and over the course of 3 episodes we see their lifestyle, the reasons for the imprisonment of these women’s and the justice system With its insights highlighting it’s loopholes and issues. With cameras placed at different areas across the facilities, we come across daily life conversations of these women regarding various issues from simple trash talks to complex issues.

The previous season of Jailbirds highlighted the Lives of women in the Sacramento county justice department and with this season the show has shifted to New Orleans to address the same issue but in a different part of the country.

MUST-READ| Netflix’s Army of Thieves Release Date Is on Its Way!

Mine Season 2 Release Date and Other Updates! 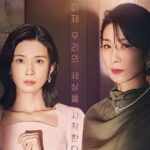