Since the time when Money Heist season 1 was released, the global audience went speechless as it was among one of the amazing series. And that was the time when foreign shows received more attention and especially the Spanish series went popular. After the end of Money Heist, fans are in tears as they were not in the favour of its finale and were prepared for more installments but unfortunately, it didn’t happen so. But, Netflix is coming up with a new surprise once again that will probably make you forget the after-effects of the Money Heist ending. We are talking about a new Spanish series titled Jaguar, that can surely make its place on our watchlist.

Jaguar is a crime drama series that has been directed by Jacobo Martuez and Carlos Sedes. People were waiting eagerly for an official release date and hence, we are here with the necessary details pertaining to the Jaguar season 1 release date.

Actress Blanca Suárez is leading the main cast by playing the central character called Isabel Garrido. Lorenz Christian Köhler appeared in the role of Franz Zieris, Stefan Weinert acted very well as Otto Bachmann, and the character of Sordo is portrayed by Adrián Lastra. Also, Jaguar is starring Francesc Garrido as Marsè, Iván Marcos as Lucena and Oscar Casas as Castro.
The other faces whom we witnessed in the series are Christian Stamm, Thomas Sauerteig, Yuri D. Brown, and Stefan Woelk. In addition to them, Jaguar featured Pepe Ocio, Jochen Hägele, and many others.

Created by Ramón Campos and Gema R. Neira, the filming for this Netflix’s original series, Jaguar started on 7th August 2020. The releasing date is 22nd September 2021. The trailer is also available on the official YouTube channel of Netflix. It had English subtitles and we expect the same for all the episodes.

The events and incidents take place in the time of 1960s in Spain where Isabel Garrido is traumatized because of a scary experience and dangerous survival that she faced during the Mauthausen concentration camp. The Nazis killed many people and among them were Isabel’s father and brother. She often gets reminded of those horrifying days whenever Isabel thinks of her father and brother. In the present time, she has a trauma because of a dark past, and even if she wants to become normal at this, Isabel fails. 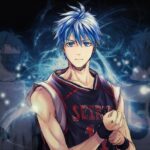