Among the most demanded Isekais today, That time I got reincarnated as slime or Tensei shitara Slime data ken animated by 8bit is based on the light novel series written by Fuse which is extolled heavily by fans worldwide. The series aired from October 2 2018 to March 19 2019 with Yashuito Kikuchi( ep 1-24)and Atushi Nakayama( ep 25 onwards) acting as directors while Yohei Ito and kazuyuki Fudeyasu acting as the producers on the show.

The first season was 24 episodes long whereas the second season, as for now has not been finished yet, It’s the last episode or 46th episode will air on 7th September. Altogether, the show has a spectacular IMBD rating of 8.4 which can serve as the reason for the demand for season 3. It also has a spin-off named Slime Diaries which is 6 episodes long and got released on 6th May 2021.

As mentioned earlier, Season 2 of the anime is not yet finished. Moreover, Season 2 took 2 years’ information after the last episode of season 1 aired. So, we can expect a new season by the end of 2023. However, no announcement of the series continuation has been made by the makers which renders our position as merely an educated guess. But, the fact is that not even half of the light novel which by the way has 18 volumes, has been covered yet. So, there is ample content lying there to be made into the next season.

Until then we will have to wait for the last episode of season 2 to air and look for any teaser that may be there which may spark some sort of surety in the renewal of season 3. In any case, you will be updated.

The plot of the story revolves around a 35-year-old man named Satoru Mikami, who is a corporate worker and living a very bland life having no encounter with an adventurous event before.
One fine day, while stumbling upon one of his colleagues he gets himself stabbed and bumps down to the floor. He begins to hear some weird noises in his consciousness which leaves him perturbed.
After getting his consciousness back, he soon finds out that he has been stranded in an unfamiliar world and also realizes a news kill called ‘Predator’ which allows him to mimic the activity and shape of any being and nonbeing by devouring it.

He soon befriends Veldora Tempest who is the fourth true dragon and had been sealed for 300 years after having completely burnt down a town. He grants Satoru divine protection after having received a surety to destroy the seal.The show follows this journey of Mikami and his loyal companions in the form of dragons, heroes, and other entities while also facing the threat from opposing forces along the way.

What to expect from season 3

In conclusion, in season 2 part 1, we saw that Rimuri had clutched the position of the demon lord. He also discovers that his subordinates have changed or rather become immortal.
In parallel, Demon Lord Carrion has been killed by Demon Lord Frey and Eurazania, the beast kingdom has been raised to the ground by Demon Lord Milim Nava. Clayman is suspected to be behind this attack. In the end, Diablo gets renamed as demon Noir and liberates Veldora who later gets a new updated body.
What story will be followed depends upon the completion of the second season part 2, which can make way for the storyline of another season?
However, it is highly anticipated that the story for season 3 will follow from Volume 6 onwards where Clayman will be chased for the annihilation he caused and the decision of Rimuri to become the demon lord will be resented by other demons lords since he wouldn’t take their permission.

That time i got reincarnated as a slime season 3 Characters

Since the story will pick from season 2, so it is highly unlikely that any major changes in the cast will be made.
Therefore, returning to action will be Rimuru voiced by Miho Okasaki and Brittney Karbowski. Great Sage was voiced by Megumi Toyoguchi and Mallorie Rodak. Ranga voiced by Chikahiro Kobayashi and Tyson Rinehart.Gobta was voiced by Asuna Tonari and Ryan Reynolds and many more.

Also Read: IS THIS A ZOMBIE SEASON 3 RELEASING AFTER 8 YEARS? PLOT RECAP AND NEW CAST!

Mashiro No Oto Season 2 Release Date: Is It Coming? 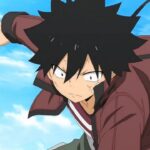 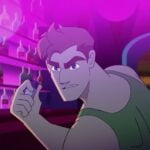