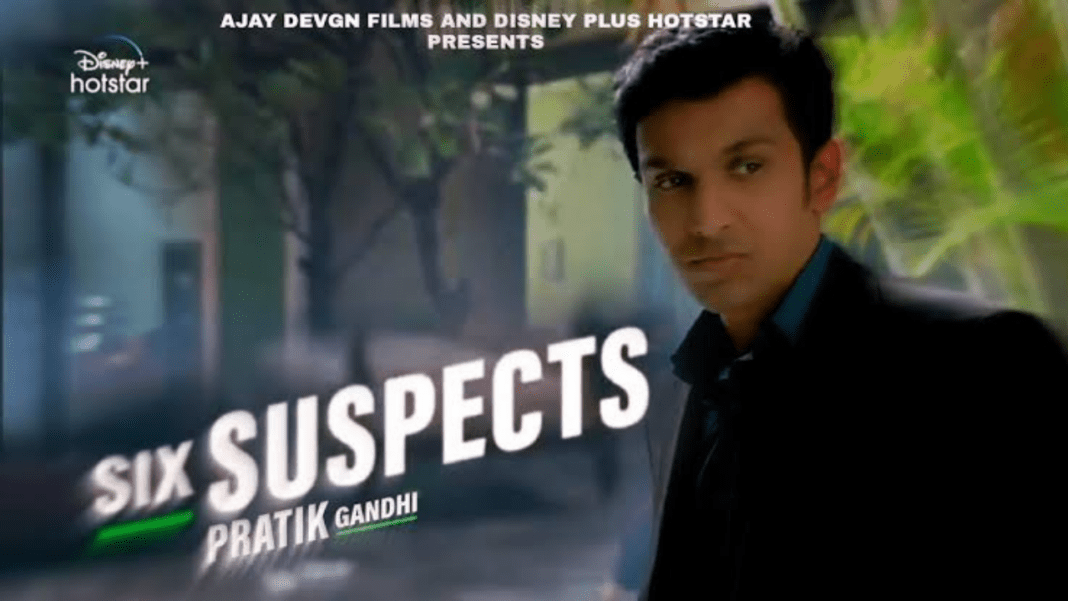 six suspects involved in the killing of a home minister’s son in a twist of heart .one who takes a serious look at the social dynamic in a sport. Best known as the author of the novel ‘Q &A’, adapted into the film ‘slumdog Millonaire’, Vikas Swarup‘s thrilling second novel is a witty, gripping, and masterfully written tale that looks deep within the heart of contemporary India. In conversation with shubhra Gupta, Swarup, an Indian diplomat writer and current Secretary (west) at the ministry of external affairs discuss his influence, writing process, and the upcoming web adaption of his exciting novel.

Actor–the producer Ajay Devgn, announced his new production venture, which is a web –series adapted from Vikas Swarup’s 2016 novel six Suspects. Ajay Devgn shared the update through a tweet. Ajay Devgn is set to co-produce the series along with filmmaker Priti Sinha. directed by Tigmanshu Julia.

Richa chadda is an Indian actress and that web series inside Edge in Zarina Malik film ‘Gangs of wasseypur’ in nagma khatoon and In fukrey film known of her role as boli Punjaban. Richa chadda has also appeared in many films including that of streets Rasleela ramleela, words with guards, Sarabjit,fukrey returns,3 manzils, panga, and madam film.

Prakit Gandhi is a popular Indian actor. He is mostly working in Gujarati films. them sony live, web series “scam 1992 “ known for his role as Harshad Mehta. Pratik Gandhi has appeared in many films including Bey yaar, wrong side Raju, love ni Bhavai,loveyatri, ventilator, Luv ni love stories, and Dhunki.

it is a thriller murder mystery. who is the home minister of Utter Pradesh revolves around a boy living separately. even if the boy is not in the lead role. But he would play an important role in the series “six suspects”.Because when the home minister organizes a function in his house. So someone attending the function and kills the son of the Home Minister.

when the police investigate the murder mystery .and six are put suspicion. The home minister‘s son was Murdered and then some people were also found from those six suspects. From where the suspicion of the police deepened even more. The same six people have a reason to kill the son of the home minister .together the web series “Six Suspects” will revolve around the massacre of a murder mystery.

The shooting of this series of six suspects is almost over. and according to the sources, Six Suspects Release Date will be in October or November 2021 and will release on Disney + Hotstar.