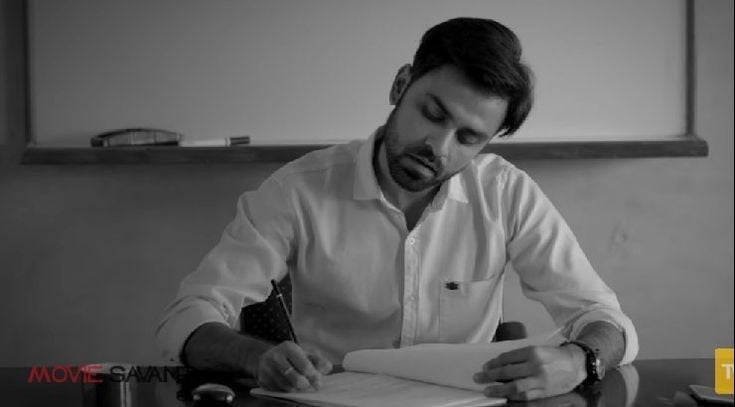 Kota factory, the first and only black and white web series is coming with season 2. Kota factory is one of the highest rating series, it has a 9.0 rating on IMDb and more than 20 million viewers. One of the best series for students specially those who are studying for IIT. The best part about this series is, it is available free of cost. It is available on The Viral Fever Website as well as on the YouTube channel of TVF (The Viral Fever).

Kota Factory season 1 has left the audience in the middle of expectations and compelled them to eagerly wait for season 2. So, finally, the good news is here Kota Factory season 2 is coming. Here are all the details we know about the Kota factory Season 2 Release Date and its expected storyline.

Finally, the makers of the show have brought some good news for the fans, Kota Factory season 2 is finally arriving. Kota factory season 2 Release Date has finally been announced. Curious? When will it arrive? Following the teaser, the makers have also announced the release date of the second season. 24 September 2021, Yes! That’s when the second season of your favorite show is coming. Unlike the first season, Kota Factory season 2 will not be available to watch for free on Youtube, it will be available on Netflix.

The shooting of the second season was already started but because of the arrival of the second wave of Covid-19, there has been a lot of delay in the process.

The shooting is happening in the LNCT Engineering college of Bhopal. There has been a big long wait for the incredible series and most of all this lockdown period has made the audience bring more closer to the reality of Govt exams and it’s preparation. Although Kota at this time is having no kids eager to wiggle up the books still the vibe has been set for all and the show is going to be massive in every sense. More of all Jeetu bhaiya has not been seen in any show for a long time and his fanbase is dying to watch the show from where Jeetu bhaiya got his name on cloud 7.

Yes, Kota Factory season 2 is coming to Netflix. In the list of the upcoming web series of Netflix 2021, we can see Kota Factory Season 2 is also represented. This is maybe because of the popularity and quality of the series that Netflix has adopted. On the official account of Mayur More, (Vaibhav Pandey) he has uploaded Netflix’s video having a glance at Kota Factory Season 2. Also, the same thing was shared by TVF and all the cast members through their social media accounts. Yet season 1 is available on YouTube you can watch.

The great series, Aspirants brought by TVF, has team Kota Factory also while the promotion of the channel for subscribing. Meenal and Baalmukund appeal for subscribing in episode 3 saying UPSC and IIT both are the toughest exams, Meenal says TVF is bringing such great series for free so we can just subscribe to the channel as it costs nothing. The Thing is, it all indicates the production of the Kota Factory season 2.

Maybe you will not be able to watch Kota Factory Season 2 for free as it is coming on Netflix.

The cast of season 2 will include all the cast from season 1. In season 2 there will be more people as we all have seen in season 1 that Vaibhav is shifting to Maheshwari classes so there will be more students and teachers. Yet the Actors name is not revealed but it will be known very soon. We will update you with all the latest news about the Kota factory jus keep in touch with Liveakhbar. So the cast includes Jitendra Kumar as Jeetu Bhaiya, the most loved character in the series. Mayur More as Vaibhav Pandey, the protagonist. Ranjan Raj as Baalmukund. Amal khan as Uday Gupta. Ahsaas Channa is the girlfriend of Uday. That’s what we saw in the teaser.

Kota is a city in India in the state of Rajasthan. Kota is a hub for IIT Coaching classes. Students from across the country come here to prepare for the entrance exam of JEE Main and Advance specially. This city is famous for its educational institutes. Each year more than 1.5 lakh students come to Kota for preparation for the IIT entrance exam.

This series focuses on the life of typical students who go to Kota for the preparation of IIT. This series throws light on the real chaotic life of a student who comes with the hope of success but gets lost among lakhs of students. Each year more than 9 lakh students appear for the IIT entrance exam and the number of selections is only around 20,000 to 25,000 students. So, one can imagine how difficult it is to get selected.

A student named Vaibhav come to Kota in the mid-session by leaving his own city to get a quality education for the preparation of the IIT Entrance exam as everyone goes there. It is a very reputed degree for a student who goes to Kota the society thinks that if he/she is preparing from Kota then definitely he/she will secure a seat in IIT. So, the story begins with the life of Vaibhav Pandey (a typical student among the 1.5 lakh student) who try to get admission in the topmost institute Maheshwari Classes ( The best and rank 1 institute of Kota for IIT preparation). But he had to take admission in Prodigy classes as his percentage was lower than the cutoff of Maheshwari institute.

He gets admission in lower batch A10 but he doesn’t get satisfaction and try to get a better batch. Then he gets to know about Jeetu Sir who is the best Physics Teacher in the whole institute. Here comes another lead Character Jeetu Bhaiya a teacher who introduces himself as Bhaiya, the teacher any students need.

Jeetu Bhaiya gives Vaibhav a challenge to get a better batch by solving the questions he provided in one day. Actually, Jeetu Bhaiya is a perfect teacher and a good human, he understood that Vaibhav is a good student. Though he understands that Vaibhav has copied the answers from the book he takes him in his batch. Vaibhav get problems as all student have to face in starting, Jeetu Bhaiya helps him as a counselor every time in every situation he needs help.

The main motive of this series is to focus on how a student manages to live with such a strong desire among lakhs of a student with the same desire even when there is so little chance of getting selected. if a student gets selected it is good but what if he fails which actually happens because the exam is too tough and has the least number of seats.

Season 2 will continue the story of season 1. The story will begin with Vaibhav changing his classes from Prodigy classes to Maheshwari classes. He leaves his friends Meena, Uday, and love Virtika, and goes to Vigyan Nagar as the main motive for him was to prepare for IIT entrance. It is hard for him to leave Jeetu Sir and his friends but Jeetu sir motivates him and tells him to go to Maheshwari classes. So season 2 will be more interesting as expected. And as we saw in the teaser, we saw Jeetu Bhaiya isn’t the physics teacher anymore and everyone is having their doubts about their career. So, what will the students do without Jeeti Bhaiya as he left prodigy classes. Let’s wait for some more days.

Is Kota Factory Worth Watching?

In the era of a color screen, these series keep the confidence to be in black and white yet more interesting. This series holds everything a series needs. It not only focuses on the life of a student who goes to Kota but also focuses on moral values. What is a common student’s life? What are the qualities expected from a teacher and how a good teacher plays the role in one’s life? Its ratings overall platforms will compel you to watch it as soon as possible. I personally recommend every student to watch the series and feel proud for no reason.

MUST-READ| Shows Like TVF Aspirants that you must binge-watch! 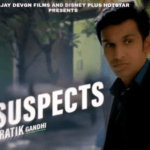 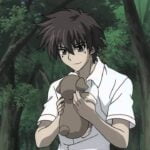