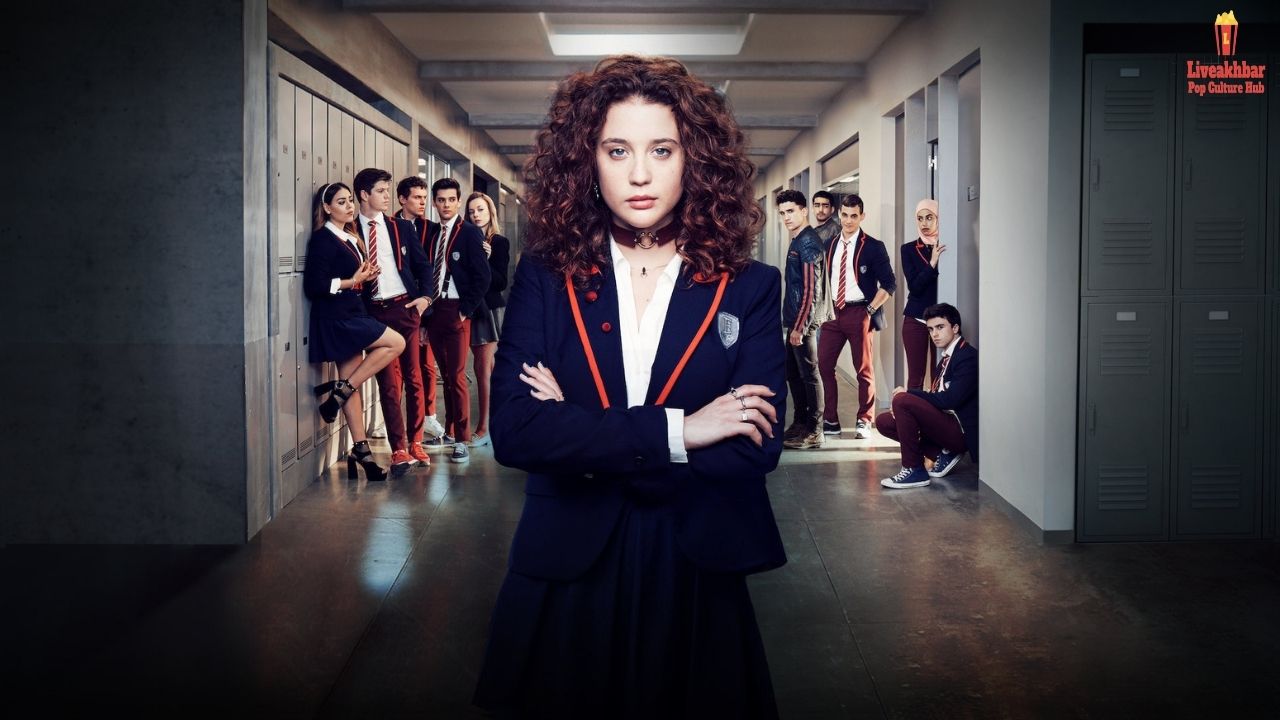 Elite is a Spanish thriller teen drama by Netflix original series created by Dario Madrona and Carlos Montera and produced by Francisco Ramos. Series rated as 7.5 on IMDb rating, the show has a lot of fan base as well as super ratings. The show is all about three working-class students enrolled in a School through scholarship and their wealthy classmates. Elite brings up concepts and plots associated with teen and young dramas.

After huge popularity as well as a positive response from the audience, Netflix will soon release season 5, which is likely to be released at the beginning of the year 2022. Although there hasn’t been any official announcement regarding the season 5 release date. The trailer would be released soon due to the great fan following from all over the Globe.

María Pedraza as Marina Nunier Osuna, Marina comes from a rich family and has a streak of falling for the ‘bad boy’. She maintains a youthful and joyful spirit. And rebels against hypocritical rebels of her family. She is murdered in season 1.

Itzan Escamilla as Samuel , “Samu” García Domínguez, one of three transfer students, is the love interest Marina and later falls for Carla. A kind-hearted guy who will go beyond limits to ensure that everyone gets what they deserve.

Miguel Bernardeau as Guzmán Nunier Osuna, adopted brother of Marina, and Lu’s ex-boyfriend, who falls for Nadia. A popular and furious guy in school. He believes he is always right and never wrong. He is a protective brother and would do anything for his friends.

Miguel Herrán as Christian Varela Expósito He is one of the three students who have been transferred and get into a relationship with Polo and Carla.

Jaime Lorente as Fernando “Nano” García Domínguez, Samuel’s older brother who just got out of prison, is also a love interest of Marina. He is handsome as well as dangerous and that’s the only thing that attracts Marina the most.

Álvaro Rico as Leopoldo “Polo” Benavent Villada, He is extremely wealthy and son of two mothers with severe problems of anxiety. He is bisexual. He tends to follow the orders of people he is close to.

Arón Piper as Ander Muñoz, is a star athlete and is constantly pressurised by his parents to excel in everything. This caused him in taking drugs. He is gay well as he is the son of the principal.

Mina El Hammani as Nadia Shanaa She is one of the three transfer students. Guzmán is attracted to her and she is the daughter of Palestinian immigrants

Ester Expósito is Carla Rosón Caleruega Christian’s sex partner and Polo’s ex-girlfriend who then falls in love with Samuel. She is cold and manipulative yet beautiful. She is extremely wealthy and the daughter of a Marchioness

Omar Ayuso is Omar Shanaa, Nadia’s brother, who falls for Ander against his father’s wishes. He is shy, detail-oriented, and best friends with Samuel.

MUST-READ| Will There Ever Be Gravity Falls Season 3 Release Date?

Three working-class friends, Samuel, Nadia, and Christian, get admission to Las Encinas, the most expensive private school in Spain by means of scholarship. At Las Encinas, the three are initially refused and ignored by wealthy students. Their lives intertwine in a clash of lifestyles, resentments, envy, and sexual attraction. Series of police interrogation shows the relationships which lead to Marina’s murder.

Season 2 deals with the disappearance of Samuel. Three new students – Valerio, Rebeka, and Cayetana admitted to the school where each of them has their own mysteries and dark secrets. Meanwhile, Samuel continues with his plan to clear the name of his brother Nano who was accused of Marina’s murder Polo attempts for suicide to clear his conscience but eventually lives happily with the help of Cayetana.

Ander’s mental health deteriorates because of the burden of keeping Polo’s secret. Carla is pressurised to believe that Samuel is dead so that she confesses about polo’s crime, Polo is interrogated and arrested, but is bailed two weeks later and returns to school.

Students are constantly interrogated due to Polo’s death. Lu and Nadia appear in a scholarship to get admission to Columbia University. Polo’s parents confessed to the police about Marina’s death and Polo’s death was a suicide.