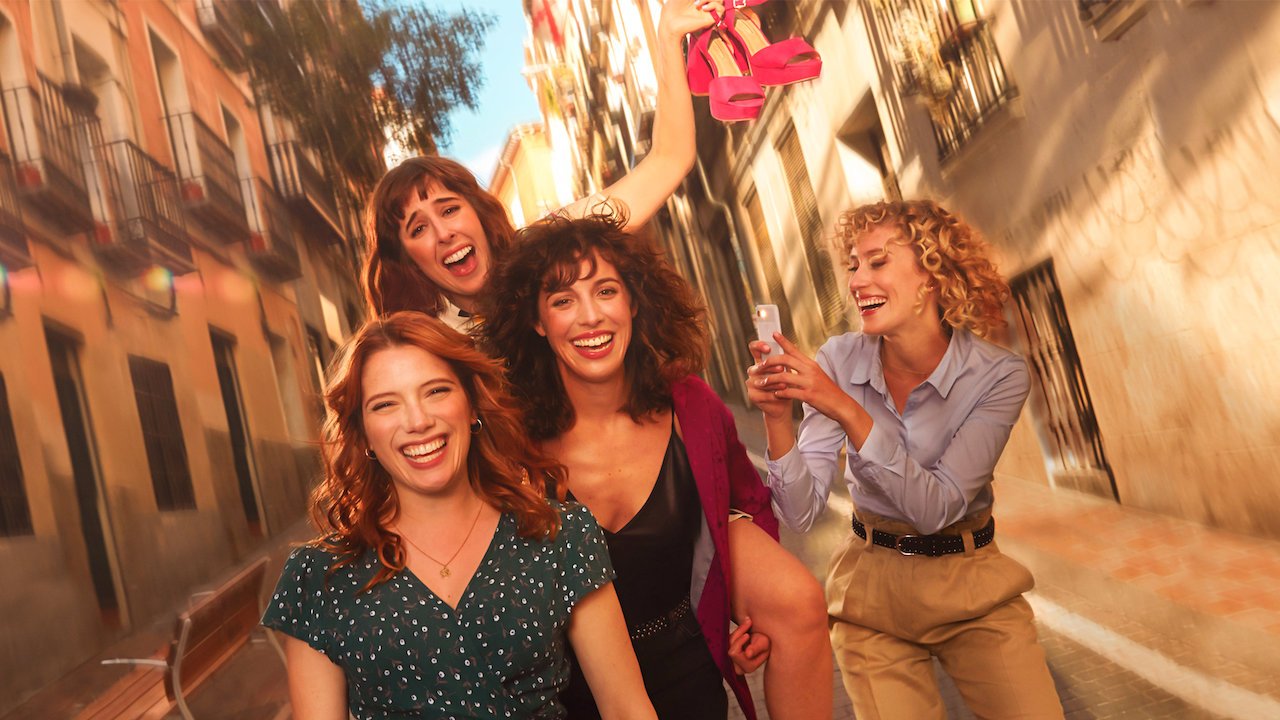 If your mood is like this, that you wanted to watch something naughty and at the same time full of humor. Then, the Spanish series Valeria will be the best choice. Netflix has already a list full of this type of show, like, Sex and the City, Girls, Bridget Jones, etc. And today, we are also going to talk about a show similar to these. Valeria is a Spanish adult comedy drama originally produced for Netflix. And the series is based on the novel En Los Zapatos de Valeria written by Elísabet Benavent. The show has enough fanbase but critically, it seems a little bit weak. As it has only 6.2 ratings on IMDb. But then also, the audience wanted to know about the Valeria Season 2 renewal status. So, worry not, here we will tell you everything about the status of the series for the next season.

Valeria Season 1 was released on 8 May 2020 with eight episodes of 37-46 minutes in total. The story of the show is related to a writer and her unhappy married life that turned up into a love triangle. You will see the struggles as a writer and the breakups, patch-ups, heartbreak, romance, and also comedy. To know the further details including the release date of the next season, cast, plot, etc you have to read the full article below. It will help you to grab the information about your favorite series.

The series is a sex comedy and has a lot to discover but only in a relationship. The main focus of the series transfers to the breakups, heartbreaks, patch-ups, and all. The story of the show was set in Madrid and revolves around a woman in her thirties. She struggles in her personal and professional life. To get her life out from all this, she hangs out with her three friends and lives her life to the fullest.

But in the midst of all this, she met with Vector, a hot and good-looking man who is also a heartthrob for the girls in the audience. Now the triangle begins, Valeria, a woman in her 30s started liking Vector and wanted to get rid of her unhappy married life. But her husband, Adri who has everything including good looks loves her. So, this was the small synopsis of the show that will help you decide you should watch the series or not.

As the trailer of the second shows, there will be the previous actor who will reprise their respective roles. Some new faces may add and some old faces may out as their roles were finished. So, the cast members of Valeria Season 2 are as follows:

The show is produced by César Benitez and directed by Inma Torrente, Nely Reguera, and Laura M. Campos. If you want to watch the series you can catch it up on Netflix, it is available there.

At the end of the first season, we have seen that the married couple wanted to give a second chance to their marriage. Valeria was stuck between her husband and Vector. Then as the series grows, Carmen, Lola, and Nerea, Valeria’s three friends have been seen hanging up together. You will also see that Valeria was going to publish her first novel in the romantic genre but under the name of some popular writer. This turns her professional life totally upside down.

Now in the second season, we may see the relationship between Valeria, Vector, and Adri. And also we have that question will Valeria accept this deal of publishing her content under someone’s name, or will publish her book somewhere else? The story of the Valeria Season 2 continues the previous story of Valeria season 1. To know further about the story we have to wait for a few days. It’s 13 August and your wait will be over.

The first season was available on Netflix. You can watch the whole series there before season 2. We dropped the season 1 and 2 trailers so that you can decide whether to watch the series or not.