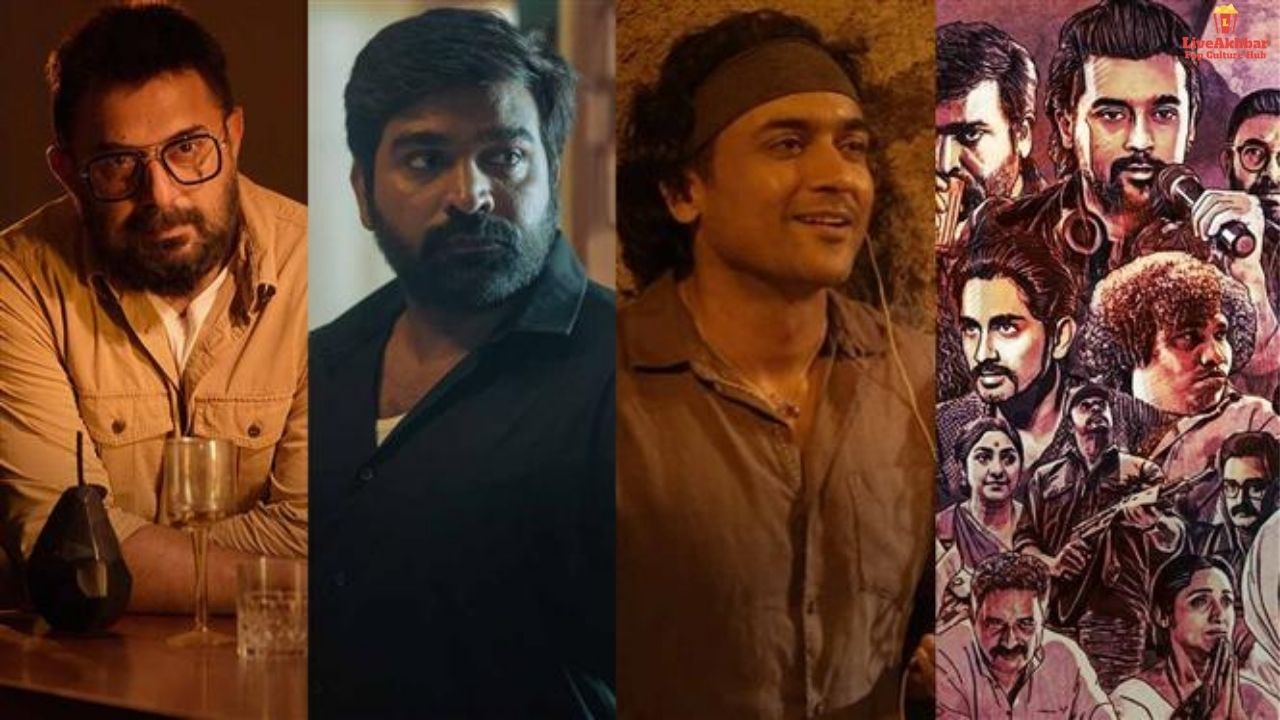 At this time of the pandemic, we all know the situation of the film and theatre industry. Technical employees like cameramen, spot boys, sound recorders, etc do not have work. So, in such a condition, big names of the Tamil film industry, Mani Ratnam and Jayendra decided to produce a series on a great scale which will also have a great reach globally. The series is “Navarasa”, an Indian anthology originally produce for Netflix to release on 6 August 2021. Only at this early stage, the show has started gaining a huge and amazing response from the critics and the audience. In such a short period, Navarasa scored 9.0 ratings on IMDb and 4.7 out of 5 on Google. Isn’t it amazing?

Now the fans who have already watched it wanted to know about the Navarasa season 2 as this season is named, Navarasa Volume 1. The show has been released on 6 August 2021 with nine episodes in total. All these episodes show the “nine rasas” of Indian culture. We can say that this is all about nine different expressions of humans. It includes anger, compassion, courage, disgust, fear, love, laughter, wonder, and peace. So, without any delay let’s start grabbing some information regarding Navarasa and Navarasa season 2.

As we said the series shows the nine different rasas of Indian culture. The series has nine episodes, each episode is responsible for showing a single rasa. It would be amazing for you to read the whole.

Episode 1, named Edhiri that shows Karuna (compassion) rasa, directed by Bejoy Nambiar. It is the story when a young man discloses his anger on a stranger, who did injustice to his brother, as a result, many layers of regret and bitterness uncovers. Episode 2, named Summer of 92 shows Hasya (laughter) rasa, directed by Priyadarshan. This story revolves around a famous actor who uses the school stage to share his careless and bizarre events as a non-academic young kid. Episode 3, named Project Agni highlights the Adbhuta (wonder) rasa and is directed by Karthick Naren. This is a sci-fi that definitely wonders you. This episode narrates the story of an amazing philosopher, who shared his thoughts on the human subconscious with his friend and then acknowledges the power of his idea. Then as the episodes progress, you will see how he carries out his idea.

Episode 4, named Payasam shows the Bibhatsa (disgust) rasa, directed by Vasantha. This is related to daily life. But how anyone can create a feeling of disgust by showing the daily routine and the relations of the family. It describes the story where a villager is jealous because of his nephew’s success. And this increasing insecurity showed the real and ugly face of the villager at a family event. Episode 5, named Peace that shows Shanthi (peace) rasa, directed by Karthik Subbaraj. When an escaped boy is separated from his family and seeks help from the group of soldiers who were then faced dangerous choices to rescue the boy. Episode 6, named Roudhram that underlines Raudra (anger) rasa, directed by Arvind Swami. The story shows a young man and his family’s painful struggle after he committed physical aggression.

Episode 7, namely Inmai shows Bhaya (fear) rasa, directed by Rathindran R. Prasad. Suddenly, a young man comes home and a day turned into a horrible and disastrous day for a lady, the story shows the struggle of this lady. Episode 8, named Thunintha Pin revolves around Veera (courage) rasa and is directed by Sarjun KM. In this, police have been tasked to take a clever girl into police headquarters, this is about the guts, which are tested when he has tasked like this. Episode 9, named Guitar Kambi Mele Nindru that indicates Shringar (Romance) rasa, directed by Gautham Vasudev Menon. This romantic story is about a musician who wanted to restart his career in foreign but at the time of departure he met with the vocalist with whom he falls in love.

Navarasa season 1 has been recently released on 6 August 2021 only on Netflix. So, in such a short period Netflix can not decide the status of the renewal of the series for season 2. There is no official news regarding the release date of the Navarasa season 2. In most anthology series like this, the renewal has not been sighted, maybe the same will go with Navarasa.

But the first part of the show is named Volume 1, so the fans are a little confused that season 2 will be a must-come as Volume 2. If it comes in the future then you can not expect another season before the summers of 2022. Till then, you have to wait for the official announcements from the side of the makers and Netflix.

As we said above that the series is specially made for the technical employees of the film industry who lost their jobs during this pandemic. Mani Ratnam and Jayendra decided to donate all the revenue that has been collected from Navarasa to the FEFSI.

There is no news related to season 2 of Navarasa. So, it is difficult to say anything regarding the future cast of the same. But season 1 has included many popular faces from the Tamil industry especially, which are as follows:

The show is created and produced by Mani Ratnam along with Jayendra and Pachapakesan.

In such anthologies, the story of every episode is wrapped up in itself. So, it would hardly continue the previous stories in the second season.

If the next season comes then most probably they follow all the new stories on the same plot. But to know more about this you have to wait for the official announcement regarding the season 2 release date.

You can catch up on this series on Netflix. It is available there. And here we are dropping the trailer of season 1 so that you can decide whether to watch the series or not.

READ MORE | Will Chutzpah Season 2 Ever Return For A Second Season?