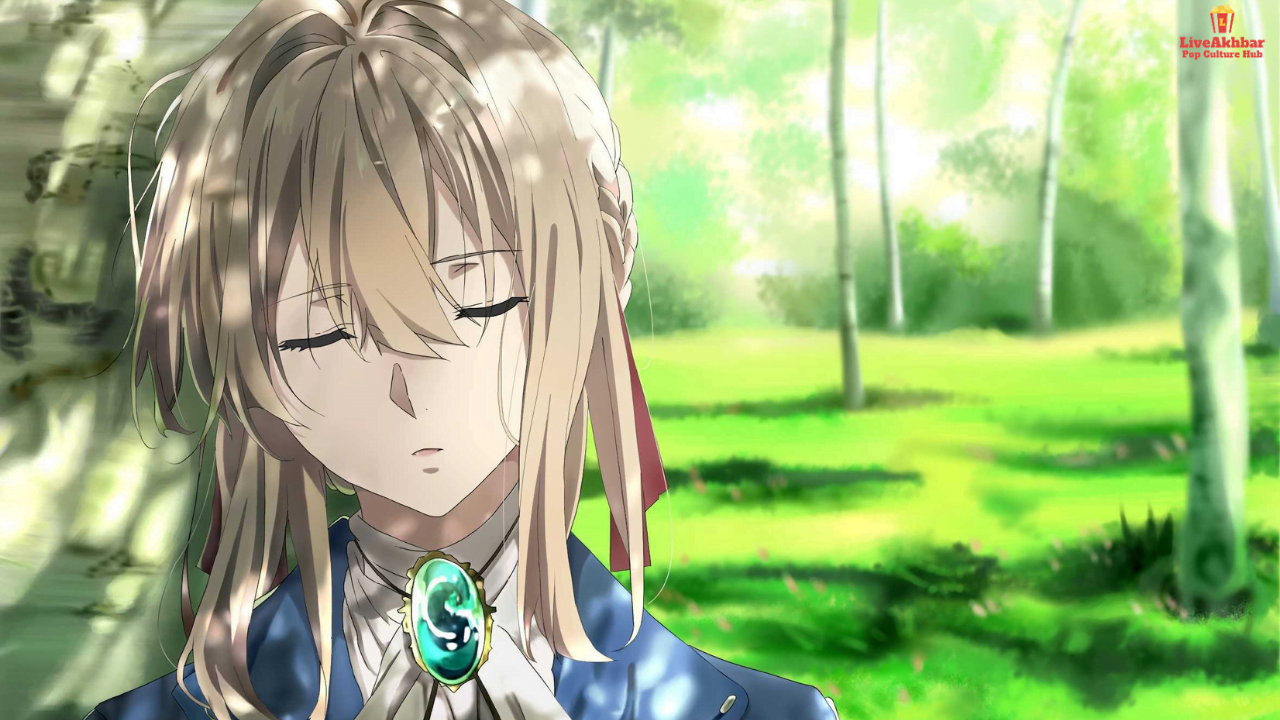 Never enter into the world of amine series and exciting to drop go into that world. So, we provide the best suggestion to you. You just start with a Japanese amine series as they are available in both Japanese and English. Japanese anime series have a great fashion style and influence on western cartoons. You must Violet Evergarden is a coming of age genre series i.e. the show moves around the main character’s journey from childhood to adulthood. The series is based on a light novel that is illustrated by Akiko Takase and written by Kana Akatsuki. The novel has 4 volumes and the first volume launched on 25 December 2015. Violet Evergarden in both a television series and film.

Violet Evergarden as series directed by Taichi Ishidate, Haruka Fujita, and written by Takaaki Suzuki, Tatsuhiko Urahata, and Reiko Yoshida. Its first season story is considerable and viewers attract to it. Viewers now desperately waiting for the renewable of the season. And many doubt moves in their mind such as when will its release date come? Who can be a part of it? How will the story go? Here is everything you wanted to know.

Shinichiro Hatta, Shinichi Nakamura, Kazusa Umeda, and Shigeru Saito produce the mini-series with 13 episodes. Season one of the series was released on 11 January 2018 and its last or ending episode was on 5 April 2018. It aired on five networks – HTB, TVA, Tokyo MX, ABC, and BS11. The series is also getting a license from Netflix. Show impress the audiences very well with their incredible performance. On IMDb it a high rating that is 8.5 out of 10. Crunchyroll Anime Awards of 2019, the series awarded for Best Animation.

After calculating all these factors above we find and ended on the conclusion that if season two of this mini-series introduced it do up to the maker performance or more than that. But presently there is no official news about Violet Evergarden Season 2 release date. Early we hear that script for the upcoming will be in progress. Due to the pandemic, the production of the show getting late. The expected release date announcement was the end of this year or 2021.

First, take an overview of this emotional amine series. Violet Evergarden the lead character of the story and story is moving around it. In CH Postal Company she hires as a new employee and works as an ‘auto memory doll’. It means as a real writer for them who wanted to express their feels and emotions but unable to do that, so she shows their emotions on paper. Violet returns to life after the war, needs to find the objective of her life. The reason to choose this because as she is a soldier but after this instructor, Major Gilbert says – I Love You.

Here is a person who hires people whose name is Dr. Orland as Mollie his wife, she is going through the exact same problem and desire to write a novel. After this unusual story fans exciting hold themselves. As very high anticipation to watch Violet Evergarden next installment.