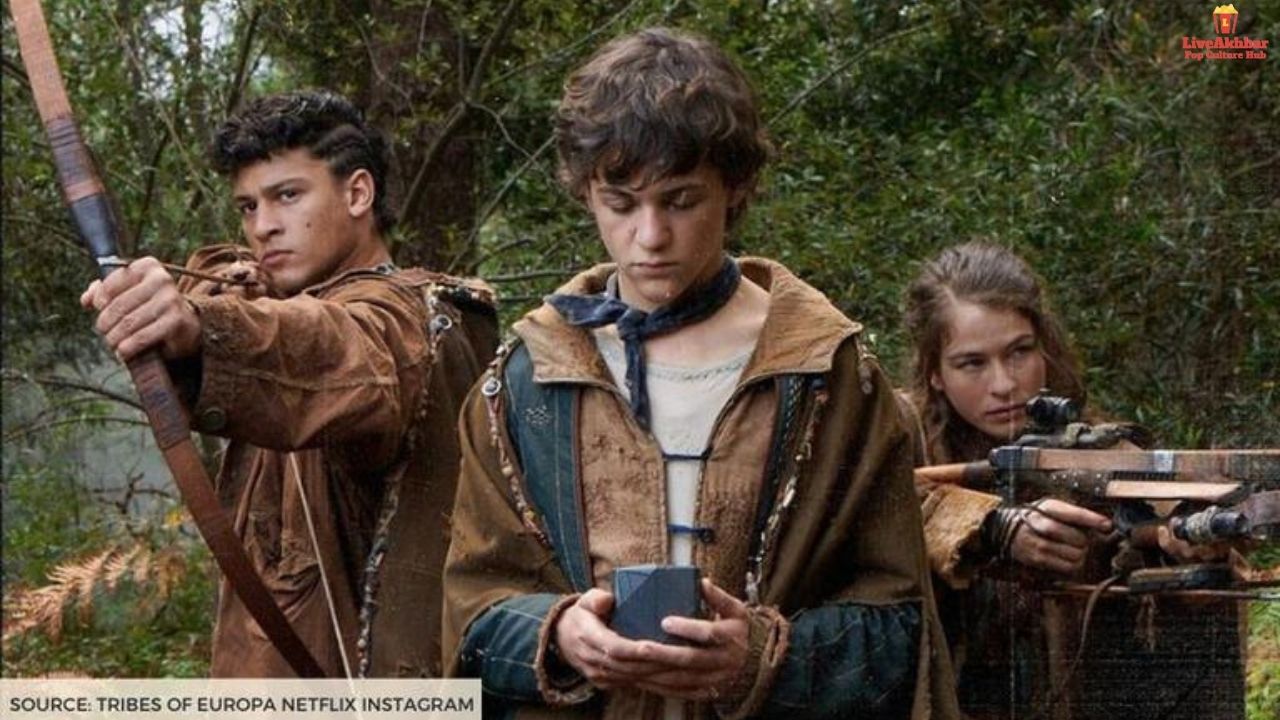 Tribes of Europa Season 2: As we all know that Netflix has a collection of fantastic science fiction series. Tribes of Europa is also one of those science fiction which has left an audience in surprise. This German sci-fi web series has been directed and created by Philip Koch along with Florian Baxmeyer. It is a recent premiere on Netflix, four months ago. Tribes of Europa season 1 was released on a single day on 19 February 2021. The show has only one season with six episodes of 44-49 minutes.

The show got good reviews from the audience and became popular at the time it was released. But critically it could not perform well, it has only 6.8 ratings on IMDb out of 10. On the other hand, it has received an 89% critic score on Rotten Tomatoes with a 78% audience score. This series has blown everybody’s mind with its futuristic story. So, we can understand the level of its popularity by searching the series, it is kept trending on the search engines. Today, we here tell you all about the science fiction series Tribes of Europa Season 2.

So, it is the plot set in 2074. The story revolves around the three siblings who really wanted to change the destiny of Europe. They wanted this after a worldwide crisis caused the whole continent into a dystopian threat to tribal small states who struggle for their domination over different states.

But the three siblings were trapped in the battle when they got the power on a mysterious cube. This is the story and plot of Tribes of Europa season 1, hope you like the series and wanted to watch it.

As we told you above that the series become popular in just four months. And the expectation for the second season gets exceed day by day. But there is no official release date announced for Tribes of Europa season 2. Till now, it has only one season on Netflix, and the series has not been renewed for the new season yet. So, in this situation what can we expect from the makers.

The story of the last season has been left an audience with some cliffhangers to continue further, it has a lot to cover in the next season in terms of story. But we are not sure whether the second season would come or not. If we said that the second season most probably would come in 2021, then we will be wrong. Because possibly there is no way to release Season 2 anytime in 2021. Maybe it would make its way sometime in 2022, it depends on the date when production will be started. So, whenever it would come, we will update this section for you.

As there is no information regarding the release date of Tribes of Europa season 2, then it would be difficult to say anything about the cast. Most probably some new faces would join the sets along with the old ones.

There was an incredible cast worked in Tribes of Europa, that you must know. The cast of season 1 of Tribes of Europa are as follows: Henriette Confurius played Liv, Emilio Sakraya was seen as Kiano, David Ali as Elja, Oliver Masucci as Moses, Robert Finster as David, Melika Foroutan as Varvara. Along with these wonderful actors, it also has Benjamin Sadler as Jakob, Ana Ularu as Grieta, Jeanette Hain as Amena, James Faulkner as General Cameron, and Klaus Tange as Mark.

Moreover, the series was written by Philip Koch, Jana Burbach, and Benjamin Seiler. The composer and cinematographer of the series are Clinton Shorter and Christian Rein. This is all for the cast and crew of Tribes of Europa, we will update you when we get to know about the new cast for season 2.

We have already said above that the first season has left some cliffhangers at the end. In season 1 we have seen Kiano was responsible for killing his father. And followed the mysterious cube’s directions towards the ark of Atlantian, Moses, and Elja reached the desert lake. Then later, Elja threw that cube out of frustration and it was fell into the lake water.

So, in the second you will be able to see where the entrance or exit is. The next season would give you all the answers to unanswered questions with some twists and turns. Hope you all excited to watch the next season (if come) on Netflix. But we know that the makers would never disappoint their audience, whatever will happen, it would be in the favor of the fans and you all will appreciate that.

1 thought on “Tribes of Europa Season 2 Release Date on Netflix has been Confirmed!”