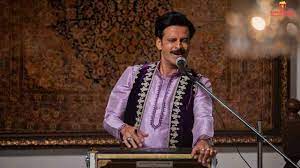 Netflix has a great collection of series of all genres. We can see that during the time of pandemic usage of OTT platform has increased and that’s the reason why people every time expect something new from Netflix. Ray Season 1 is a combo of satire, thriller, psychological, and drama series. Every time Netflix brings something new to its audience. The series story is adopted from Satyajit Ray’s story. The series is penned by Niren Bhatt and Siraj Ahmed. The story of the series deal with four different short stories. The Ray premiered in 2021 and was a commercial success and grabbed the attention of viewers all over the world. Every concept of the show amused the audience very much. As the first season of the show amused the audience, and now fans are eagerly waiting for Ray season 2 release date. Here we will discuss Ray season 2 in detail.

The first season of the series was premiered on 25 June 2021 on Netflix. After the release of the season, 1 fan was excited to have a look. Ray season 1 consists of 4 episodes with different titles with the running timing of 53 to 65 minutes each. As if now the series didn’t complete a month of its season one, it is too early to expect season 2. And the makers of the show have not announced anything about the release date. We have to wait till the series officially gets its green flag from the makers. . As season one was a huge success and received a positive response. We can expect that makers can take time to announce its continuation and its announcement till then we have to wait.

Season 1 deals with four different stories here we will discuss one by one. Forget Me Not is the first episode directed by Srijit Mukherji. The story revolves around Rama Nair who is an entrepreneur. He has the great ability to remember every fact and number. But his life was started changing when a girl enters his life. What has happened to him after the girl enters he will be interesting to know. The impressive part about the first season is its psychological thriller.

The cast included in the first season will be most probably;y be the same in season 2 too. In episode 1 the cast includes Ali Fazal as Ipsit Rama Nair in the lead role. His acting in the series was great and loved by the audience. Shweta Basu Prasad as Maggie, Anindita Bose as Rhea Saran, and Shruthy Menon as Amala Nair. Behrupia second episode directed by Srijit Mukherji. The story revolves around the man Indrashish an office employee who was all alone in his life. He loves his dadi who is dead.

In episode 2 the cast includes Kay Kay Menon as Indrashish Shah in the lead role. His acting in the series was great and loved by the audience. Bidita Bag as Debashree Roy, Rajesh Sharma as Suresh Sharma, Dibyendu Bhattacharya as Peer Baba, Kharaj Mukherjee as Gosh, and Alokananda Roy as Parul. Hungama Hai Kyon Barpa third episode directed by Abhishek Chaubey. The story revolves around the two men who were traveling on the same train and same boggy. What will happen next to this would be interesting.

In episode 3 the cast includes Manoj Bajpayee as Musafir Ali is playing the role of a performer and Gajraj Rao is Aslam Being in the lead role. Talking about the other cast members are Raghubir Yadav as Hakim Saab and Manoj Pahwa as Owner of the shop. Spotlight Fourth episode directed by Vasan Bala. The story revolves around the life of an actor and because of his looks he was doing great in Bollywood. His life started changing after Didi came into his life. You have to watch the series to know what has happened to him.

In episode 4 the cast includes Harshvarshan Kapoor as Vikram Arora in the lead role playing the role of an actor. Radhika Madan as Didi, Akansha Ranjan Kapoor as Anuya, Chandan Roy Sanyal as Roby Ghosh, Vasan Bala as Ramen Malik, Niren Bhatt as Producer Kapoor, Rajeev Masand as Himself, and Sayantan Mukherjee as Steve, etc.

As we all know that makers have not announced anything related to its second season and its trailer. Till then you can watch the trailer of the first season and quench your thirst. 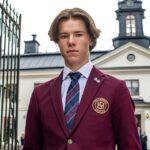 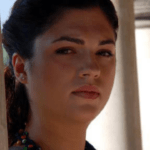