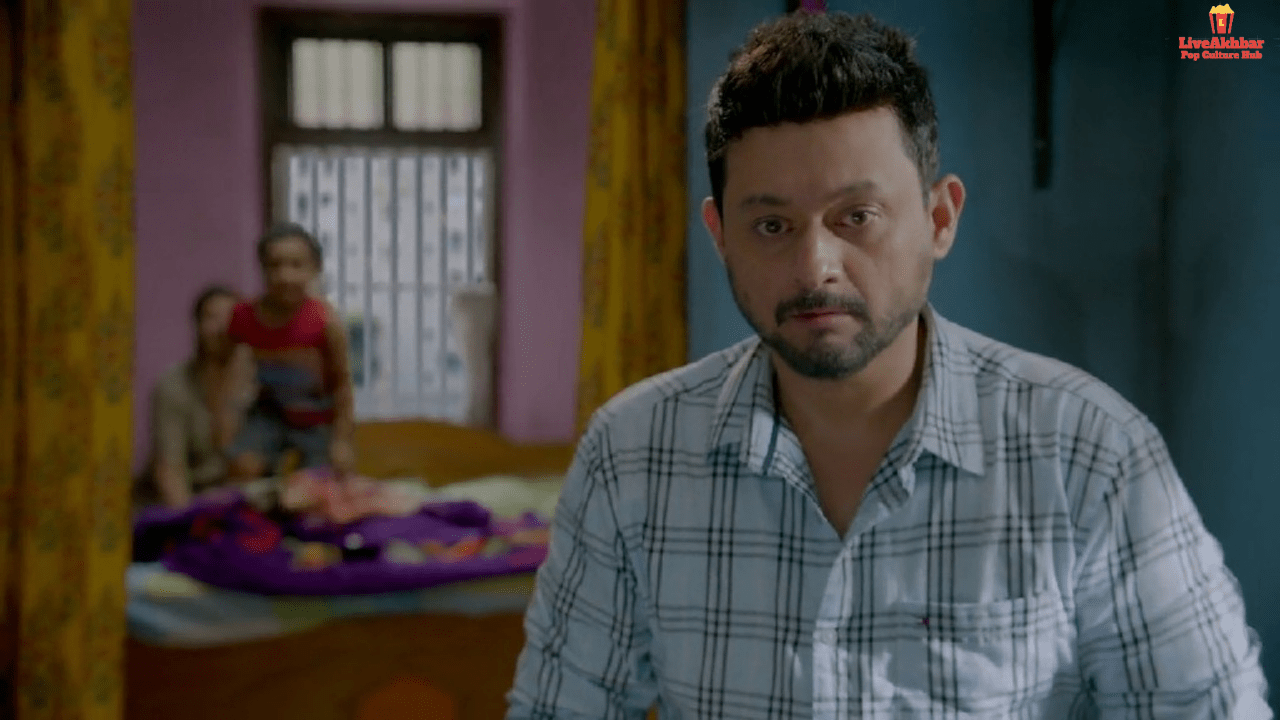 Mx Player original series Samantar nowadays is in a timeline and the reason behind this is makers of the show are coming with Samantar season 2. The final announcement of season 2 is not made yet but as per the sources, soon makers gonna make it. Samantar is a mysterious and suspenseful Marathi web show, as well as this one, is very popular among the audience. It is also available in Hindi, Tamil, Telugu and Malayalam languages. Samantar is directed by Satish Rajwade and produced by Sunil Dolamani Panda, Ishwar Prajapat, Gautam Talwar and Abhishek Vakil. The story of the show is written by Ambar Hadap, show is a picturisation of a novel having a similar name. The reason for the huge success of the show is the story because it is very unique and unpredictable, it is quite difficult to guess what gonna happen in every single moment.

Samantar shows the story of a common man and his so many attempts to become a successful and wealthy being. Kumar Mahajan is a very simple man who lives with his small family and his failures lead to so many problems that he can not pay for the demand of his son and wife after struggling a lot. He always tries but only gets failure and after so many failures he decided to consults a swami so that he can know what made him lead to continuous failure. Swami told Kumar that he already watched his hand before but Kumar didn’t reach him before then a shocking fact revealed that his destiny lines on his palm are similar to a person named Sudarshan Chakrapani’s palm. Kumar is facing all those problems that Sudarshan Chakrapani’s faced already.

Swami told that the future of Kumar is the past of Sudarshan. Show highlights Swapnil Joshi, Tejaswini Pandit and Nitish Bharadwaj, Ganesh Revdekar, Jayant Sawarkar, along with Nitin Bodhare in leading roles.

Samantar Season 2 is in the limelight and news of Season 2 also brings excitement to fans. All the fans have their eyes on recent updates about the show and eagerly waiting for the release date of the show. At this moment we have to wait more because the makers of the show didn’t announce its renewal. Without an official statement it little bit difficult to tell when we are getting the Samantar Season 2 Release Date. The expectation for getting renewal of the show is high sooner will get its continuation and probability Samantar Season 2 will arrive in the middle of 2022.

If Season 2 is happening then most of the characters will be a feature again. Chances of watching new entries in the show are high we may watch some new characters as the story is at the turning point, anything is possible as depends upon the makers.

Swapnil Joshi is an Indian actor who mostly appeared in Marathi movies and web shows, he also worked for Hindi cinema as well as in televised shows. He also worked as a comedian in television shows like Comedy Circus.

Tejaswini Pandit is the female lead of the show and she appears in the Marathi television industry and web shows. For her acting skills, she has also been awarded many awards.

Nitish Bharadwaj is a very talented Indian film actor, screenwriter, director, producer as well as a veterinarian. He gives rise to his debut with a Marathi movie named Pitruroon.

Ganesh Revdekar is a well known Indian actor. He is popular and known for his work in Baap Ka Baap, Bayko Aali Badloon and Dum Du.

Jayant Sawarkar is one of the main characters of the web show. He is one of the famous and experienced actors and featured in movies like Vaastav: The Reality, Rocky Handsome.

Season one of the show illustrates the Story of Kumar Mahajan. A common Indian man is in search of a person called Sudarshan Chakrapani’s who is determining Kumar’s future. It all starts when Kumars unable to become successful and wealthy being, he is not able to meet the needs of his wife and son. His continued failures lead to so many problems. When he went to swami he comes to know that there is a person named Sudarshan Chakrapani’s, whose destiny lines on his palm are similar to a Kumar. Kumars present is the past of Sudarshan and Sudarshan going to be the future of Kumar. He went to the swami who is believed to tell him his future and he got a surprise there. Kumar started the search for Sudarshan Chakrapani, He finally finds him.

In season 2 we will watch how Kumar strives to change his future and to know what’s gonna happen next. The story of season 2 will continue from the end of ending of season 1.

Two people having the same fate, same failure, same palm lines as well. One’s past is others present and one’s present is another’s feature. Two men of the same palm line Sudarshan Chakrapani and Kumar Mahajan both have the same ups and downs. Mahajan tries to find Sudarshan so that he can know what gonna happen in his life.