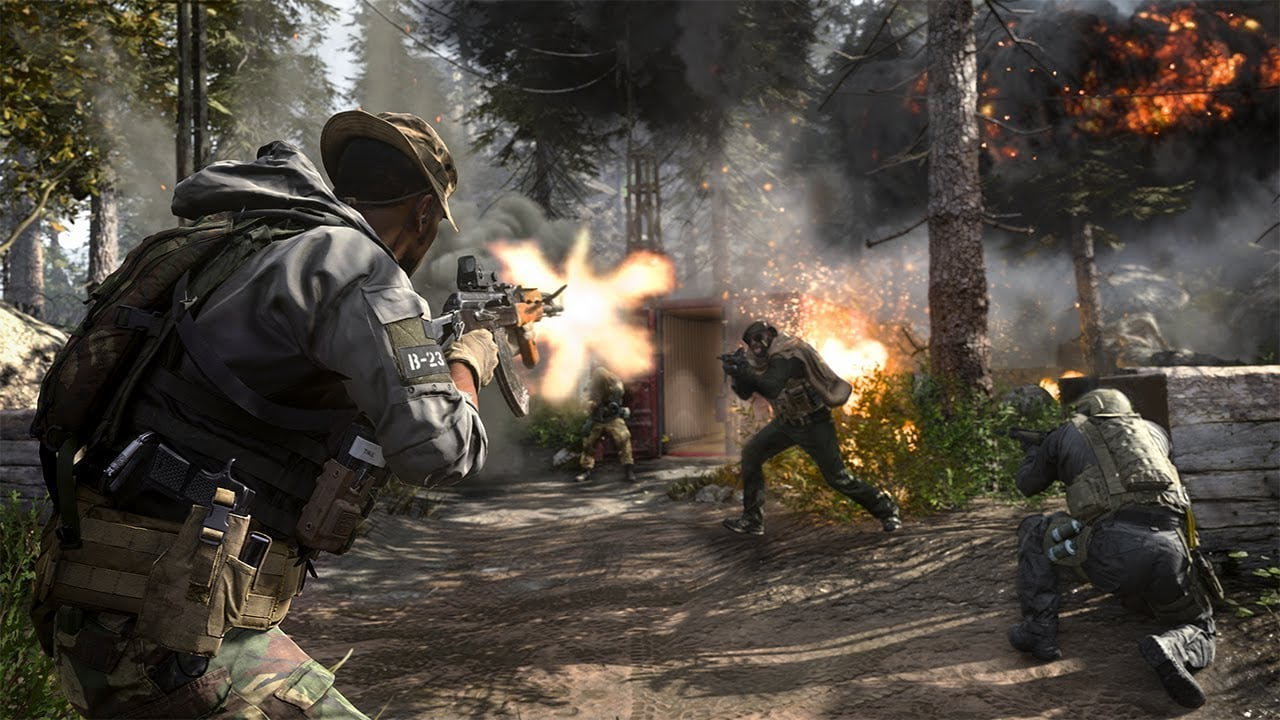 Call of duty is a video game that Infinity Ward has developed. 29th October 2003 is its release date, and it was the first installment in this franchise. Till now, there have been many sequels to this series. Call of Duty is one of the excellent video game available. Earlier, there used to be the time when Call of Duty dominated the market of video games. Still, it ranks at the top, and people love playing it. But now we have many other games that provide the same experience and fun. And hence, players are in search of games similar to Call of Duty that is packed with new challenges and targets.

Players Unknown Battlegrounds, commonly known as PUBG, is one of the most famous and loved video game. This name is familiar to most of the players. The developer company of this game is Blue Hole. Here, a hundred players are placed on a vast map. All you have to do is get the guns and some weapons to fight with others. This can be executed while playing alone or in a team. If you are in favour of feeling alone, you will need to shoot out everyone else on the map. PUBG requires strategy and patience for winning a match. Whenever a round is at the completion level, each player game in-game currency is based upon their performance. Though it is one of the most played video games of all time, still it lacks the splendour that Call of Duty has in it.

Probably this would be the closest game that you will find for an alternative to Call of Duty. This first-person shooter video game is developed by EA DICE. The sixth installment of the battlefield series is Battlefield 5. However, you will find many similarities between the Call of Duty series’s instalments and this one. Battlefield 5 is worth playing, and one can experience a lot of thrill. This game has many new multiplayer modes. One has the option to choose from a variety of games available in this franchise. The game also offers enough options that enable the player to change the looks of the character. While playing Battlefield 5, a player has a good choice of weapons and armours for defeating his enemies. It is available on PlayStation 4 and Xbox One. After its release, it received favourable reviews.

It is a first-person shooter video game. Moreover, Metro Exodus is the third installment of the Metro series. This game is developed by 4A games. The first two installments of the series are set in the time after a nuclear war. Unlike many other games, it is not only about gaining experience in combat and using guns. You have a lot to explore in Metro Exodus. For PlayStation 4 and Xbox One, it was released in 2019. This year it is likely to you come for PlayStation 5 and Xbox Series X/S. There is an exciting feature in this game. This feature offers a change in the environment according to the seasons and story. If you are looking for a change, then give this video game a try.

Packed with many new elements and a different gameplay style, Overwatch is quite similar to Call of Duty. It is entirely dependent upon the movement across the battlefield, and therefore, this game is fast-paced. The perfect mix of FPS and MOBA elements keep the player engaged and delivers a fantastic experience. Every character possesses different skills, capabilities, and traits. The game has a diverse crate of characters from which you can choose from. The colourful and intense graphics of Overwatch enhances the overall fun. There are the most negligible chances for one to get disappointed with it. If you are looking for a game like Call of Duty, then give it a try to Overwatch.

MUST READ: HOW TO PLAY VIDEO GAMES ON NETFLIX? KNOW HERE!

The game is still thriving after five years of its release. Not only this, there is a separate team responsible for bringing up updates and new content. Developed by Crytek Kiev, Waterface is an online game that is free to play. The game centres on firefights that are online. It is executive in player versus player matches—some transactions for purchasing different types of equipment and weapons. There are five other classes from which players can choose. Each class exhibits its own equipment. Hence, there are lots of challenges and game modes. It is available on the platform of PlayStation 4 and Xbox One. However, there were mixed reviews of critics for Warface.

The sequel to Titanfall made this video game competitor for Call of Duty. Titanfall two was released on 28th October 2016, and it was available on PlayStation 4 and Xbox One. The game is all about giant robots that are called the Titans, which you have to control. Moreover, there is enough content for the single-player mode that keeps the person hooked for a long time. In contrast, the backbone of the game is the multiplayer mode. Titanfall two is developed by Respawn Entertainment. Although the storyline of the single-player is short but then also provides an engaging experience all the way. However, this game also requires a robust strategy that would let you win the game.

This video game has horror and one has to survive in dangerous situations. Basically, it has a zombie theme and the player can shoot the rivals. The entire world of Dead Trigger 2 has zombies and shows their appearance. Presently it is available for Android as well as iOS. Talking about the mode, it is a single-player mode video game. Players can experience adventure, horror, and fear at the same time.

It is a shooter game that requires careful planning. The unique ability to execute the strategies to win the match is a must requirement for the player. Rainbow Six Siege will make the player either a terrorist or a counter-terrorist. However, in both cases, you have to fight against each other. If you become a counter-terrorist, you will have to invade the territory of terrorists and kill them at their location. On the other hand, as a terrorist, you will have to defend your own area and reign against the counter-terrorists. Therefore, it is a fascinating game for those who love playing shooter games.