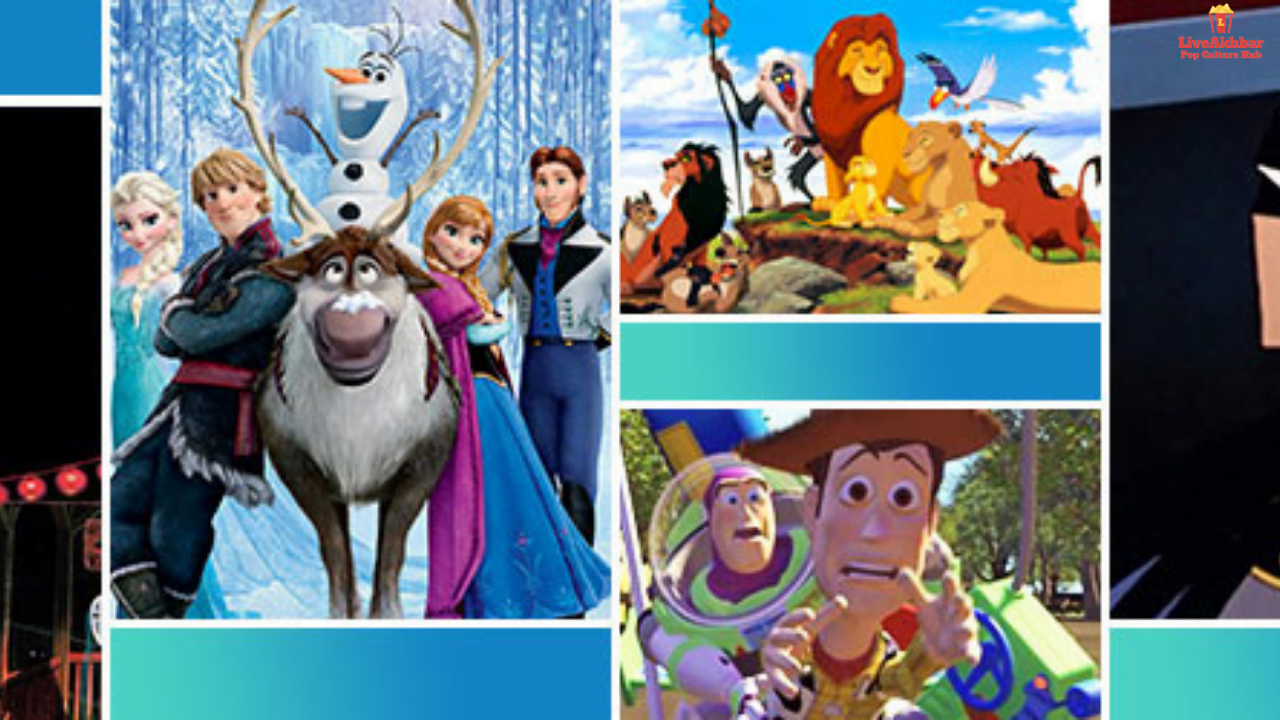 Do you want to discover some fantastic animated movies for your kids? The best-animated movies will always help the whole family to be entertained. These are the only movies that are suitable for children as well as for adults. These hilarious and amazing movies are so entertaining, the whole family gets a great chance to keep entertain themselves. And the best part is that grownups or adults will always enjoy these films as much as small kids. These movies have c colours, stories, and most of the films are cartoonish. Today, in this article we will tell you about all the best animated movies for kids, which you can watch with your children to entertain yourself as well.

1. The Nightmare Before Christmas

The Boss Baby is a computer-animated American movie. This is based on the picture book “The Boss Baby” written by Marla Frazee. In the Boss Baby, the boy helped his baby brother, who is a secret agent in the battle between babies and puppies. A man named was Tim Templeton, and this seven-year-old boy was his imagination. This battle is for adults love between babies and puppies. The Boss Baby was first premiered on 12 March 2017 at the Miami International Film Festival and later released on 31 March.

The critics praised the voice performances and animation of the movie but they did not praise its humor and confusing plot. In 2018 on April 6 its sequel The Boss Baby: Back in Business television series was released on Netflix. And The Boss Baby: Family Business is already planned to release on September 17, 2021. The film was nominated for Best Animated Feature Academy Awards on 4 March 2018. And it was nominated for many big awards also.

Minion is an American animated comedy movie. This is the spin-off prequel and the third part of the Despicable Me franchise. This film is narrated by Geoffrey Rush. Minion was first premiered on June 11 2015 in London then it was finally released in the United States on July 10, 2015. This film got combine reviews from critics. This is the story of small, yellow creatures who have survived in the world at the beginning of time.

Then later they evolved from single-celled organisms into beings who exist only to satisfy the evilest masters from history. Minions won the People’s Choice Awards for the Favourite Family Film and got ninth place in Village Voice Film Poll for the Best Animated Feature. It is also nominated for many big awards like the British Academy Film Awards, Kids’ Choice Awards, etc. When it was released, it became the 10th highest-grossing film of all time and the 2nd highest-grossing animated movie and this was also 2015’s 5th highest-grossing film. Its spin-off sequel Minions: The Rise of Gru is planned to be released in 2021’s July.

Despicable Me franchise is an American animated comedy movie. It is the first part of the Despicable Me franchise. It is Chris Renaud’s first movie as a director. In the story of the film, the supervillain Gru had his pride hurt when an unknown enemy stole the Great Pyramid of Giza and replaced it with an expansive miniature. In revenge, Gru and his assistant, Dr. Nefario with his minion’s army prepares a plan to reduce and steal the moon of the Earth. This movie was first published on 19 June 2010 at the Moscow International Film Festival and later it was released in the US on 9 July.

This film got good reviews and became the 14th highest-grossing animated film at the time when it was released. And Despicable Me was also the 9th highest-earning film of 2010. The makers have also launched its multimedia franchise and Despicable Me 2 in 2013 with two sequels and two prequels. The film also won Kids’ Choice Awards for Favourite Animated Movie and Women Film Critics Circle for Best Animated Females. And this movie was nominated for many other great awards.

READ MORE | New Bhojpuri Movie 2021 That You Must Watch Now

This is an American computer-animated musical drama. It was Disney’s 32nd animated feature movie. There was a period in 1944 called Disney Renaissance, and it was the 5th film that was produced during that time. The story took place in a world of lions in Africa. And the story of the movie is based on Joseph and Moses’ stories from Biblical and from ” Hamlet” by William Shakespeare. It is the story revolves around Simmba, a young lion who has to obtain Mufasa, his father’s seat. Mufasa was the king of the Pride Land but he was murdered by his brother. After this, Simmba was manipulated into thinking that he was the only responsible lion for his father’s death.

In 1998, the sequel named The Lion King II: Simba’s Pride has come and then in 2004 the prequel The Lion King has released. In 2011 a 3D two television series was launched named Timon and Pumbaa and The Lion Guard. And later in 2019, a photorealistic remake of The Lion King was released and it collected huge audiences. The film was nominated in 2016 for protection in the United States National Film Registry by the Library of Congress.

Frozen is an animated American fantasy film. It is the 53rd Disney Animated Feature Film and it is based on “The Snow Queen” fairy tale of Hans Christian Andersen. This is the story of the princess, who went on a journey along with an iceman, deer, and a snowman to search her estranged sister. His sister has snowy powers which had accidentally caught their kingdom in lasting winters. Actually, Frozen was released first time in theatres on 27 November 2013. The critics praised this movie for the visuals, themes, music, screenplays, and voice acting. And some critics considered it as Disney’s Best Animated Film since the Renaissance Era had been started.

MUST READ | 10 Best South Indian Movies On Amazon Prime 2021 You Should Watch!

7. The Secret Life Of Pets

This is an American comedy and animated drama. This movie was first premiered on 16 June 2016 at the Annecy International Animated Film Festival (AIAFF) and later on it was released on 8 July 2016 in front of the audience. The film got positive and good reviews from the critics and became the 6th highest-earning film of 2016 and it was the most productive release of that year. In 2019, the second part of the franchise named The Secret Life of Pets 2 was released on 7 June 2019. And in this part, Patton Oswalt took the lead role of Max and replaced Louis C.K. This is the story of a man named Max who is lived in a Manhattan apartment with the owner Katie. While she was at her work, he socialized with the building’s pet, including tabby cat Chloe, pug Mel, budgerigar Sweet Pea, and dachshund Buddy.

It is an American computer-animated musical comedy. This an international co-production between the US and Australia. It was produced in Sydney and was released in North America first on 17 November 2006. This movie is Kennedy Miller’s and Animal Logic’s first produced animated film. In the story, every penguin sang a unique song named “Heartsong” to attract the partner. If the partner matched with his/her partner’s song, then the two penguins mate. It is a very cute and lovable story. Happy feet got positive and better reviews from critics and became the recipient of the BAFTA Award for Best Animated Film. And it is the 4th Disney film that won the Academy Award for Best Animated Feature Film. It has another part called Happy Feet 2, which was released in 2011 on November 18.

Scooby-Doo is an American movie released in the mid of 2002. This is a computer-animated or live action based horror comedy movie. The story of this movie rotates around four young adults and a talking dog. They reunite to solve the mystery of a popular tropical island resort that has a horror theme.

The movie has Freddie Prinze Jr. as Fred Jones, Linda Cardellini as Velma Dinkley, Sarah Michelle Gellar as Daphne Blake, and Matthew Lillard as Shaggy Rogers. It is a two-part movie the sequel, Scooby-Doo 2: Monsters Unleashed was released on 26 March 2004.

These were some of the best animated movies for kids. So, hurry up! And enjoy with your kids and let them learn some new things on the earth.