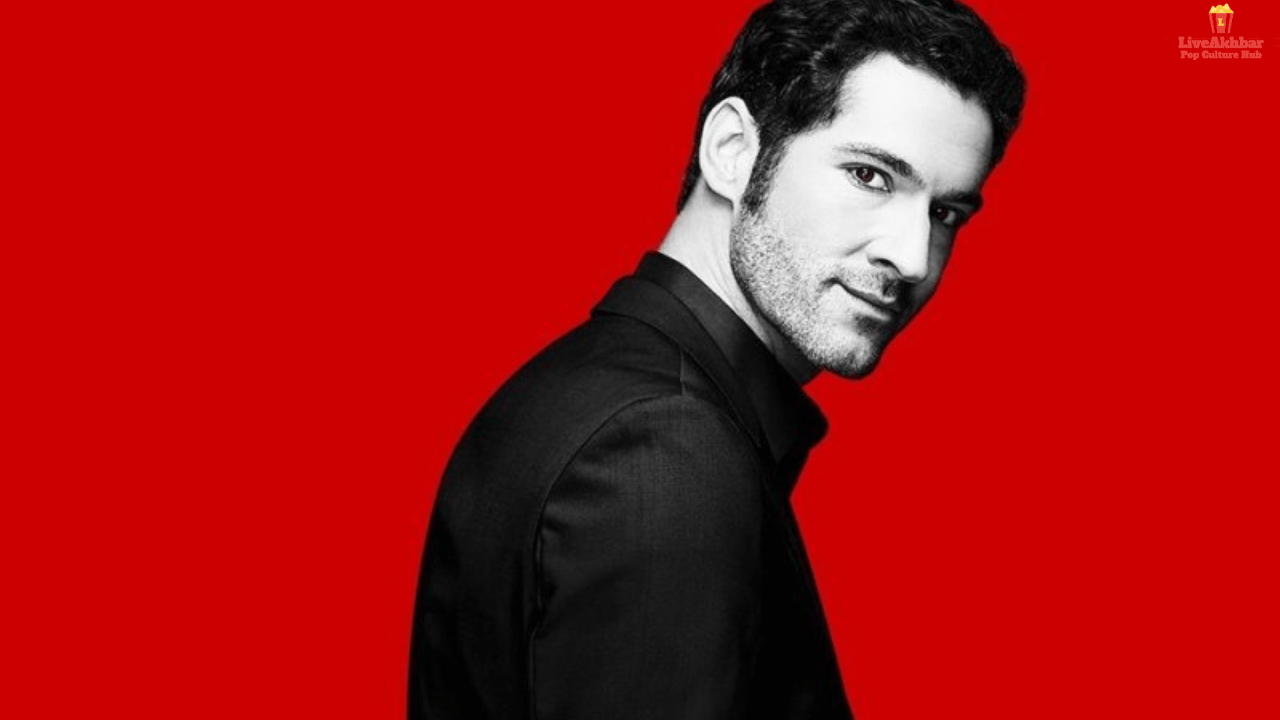 Finally, after waiting for more than a year, the streaming service released the first eight episodes of Lucifer Season 5. More episodes on the way shortly. In part 1, fans are given an introduction to Lucifer’s twin brother Michael, Mazikeen’s mother Lilith, and finally, the series went into the romantic relationship between Lucifer and Chloe. Today, here you come to know about the shows similar to Lucifer which you can watch if you are interested in Lucifer.

Lucifer is a dark show about supernatural powers. It was first premiered in 2016, this supernatural comedy series tells us the story of the real fallen devil, also known as Lucifer Morningstar.

Without mentioning the long-running fans classic, Supernatural, it is almost unthinkable to talk about the supernatural investigate show. The story of this series revolves around the two brothers, who hunt demons, monsters, angels, and all types of supernatural beings also including a characterized version of God.

It was wrapped up in 2020 and was first premiered in 2005. It has an epic 15 year-run. You can watch most of the seasons of Supernatural on Netflix. Those who are looking forward to a supernatural series would definitely love this impressive show.

Any fan of mythology here? If you are, then this series is going to must-watched in your list. This is the gathering of iconic supernatural beings and modern beings. This unique concept takes this series on the idea of deism and worship. American Gods is based on Neil Gaiman’s book. It brings stellar visions to a very interesting series of story angles.

American Gods truly drag the envelope of worship and religion finally mean with lots of blood. In the story of the show, there is an ex-convict named Shadow Moon. Shadow is released from jail when he met an extraordinary man, whose name is Mr. Wednesday. Mr. Wednesday is a self-proclaimed God, who knows more about Shadow’s life than Shadow himself knows. After the death of Shadow’s fiancé, he joins Mr. Wednesday for a crazy trip that gets crazier the further they headway. This series was first aired in 2017 and it is now going on very well.

This 2014 launched series based on the DC comic book and film of the same name. Constantine revolves around the story of John Constantine, an exorcist, and genius of the occult who is continuously struggling with his faith and is perpetually haunted by the sins of his past. However, he is pushed into the position of protector and rescuer, who defends humanity from the rising forces of darkness.

As a character, Constantine may not be as gathered as his opposition in Lucifer. But he more than makes up for to deal with the occult, this is the main reason for lacking in the coolness of his character. Constantine was first aired in 2014 for only one season before getting discontinued. Still, the character has continued to be vastly popular with the manifestation on another critically praised show Arrow. You can buy Constantine through iTunes and Google Play Store.

This is a show about searching for God. It was first premiered in 2016 and last aired in 2019. This show may sound fantastically religious, but this is not like that as it is sounded. There is nothing religious about Preacher.

In this show, Joe Gilgun played the role of an Irish vampire and Ruth Negga as the no-nonsense gun-toting girlfriend of a preacher Jesse Custer, this lead role is played by Dominic Cooper, Preacher started on a single premise: God is missing. Supernatural power “Genesis”, which allows its host to tilt anyone’s will to their whim. Genesis then took residence in Jess Custer, a small-town preacher, who had an interesting past, a host of unlikely characters started searching for Jess. Then disillusioned with his new abilities, while meeting a stack of very dangerous people along the way, Jess along with his crew now take on the road to find God.

There is a lot of madness in the show ” Preacher.” This madness keeps on coming and leaves fans of the three seasons franchise gaping at the gripping psychosis of it all. This is also based on the comic by D.C. Preacher is available for investment on iTunes and Google Play Store.

Bradley Cooper starred in a movie with the same name “Limitless” has the reputation of the blockbuster film. Season 1 was first aired in 2015 and it was last aired in 2016.

This series’ story follows Brian Finch, who acquires extraordinary cognitive powers, because of the mysterious drug NZT. He works with the FBI to help them in solving complicated cases. Two special agents are working with him, Rebecca Harris, an investigator with a dark past, and her confidant, Boyle, who was a former military officer. Limitless ran for one season 1 only.

If you want to watch this, you can do it. This is available on Netflix.

It is a police detective series with a touch of fantasy. Not to be distracted with the 2018 series of the same name. The story of the Forever follows a detective paired up with a man that happens to be everlasting and very intuitive. In some ways, this series is better than Lucifer. But unfortunately, Forever has only one season, which is a real embarrassment evaluating the amazing storytelling. This was premiered in 2014.

If you want to buy Forever, it is available on iTunes and Google Play Store.

MUST READ || The A list season 2 release date & Plot

Normally, when we heard about zombies, what we think? The genre would be considered slow and bulky. But no, iZombie is an interesting and different type of supernatural show. This is the story of Liv Moore, who is an encouraging medical student. But because of some reasons, her life turned upside down. One’s evidently innocuous decision turns her into a zombie. As we know that, in the movies, a vampire needs blood, Liv takes a job at the morgue, to get all the brains for her new zombie body. She gets flickers of the memories and acquires the old habits of the victims by eating their brains. This brings a detective angle in her life, where she helped the detective to solve murder mysteries.

If you want to keep humor and supernatural detective elements together, then you must watch this. It was first premiered in 2015 and was lasted in 2019. This five-season series is now available on Netflix.

The Dresden Files was first launched in 2007. This follows the story of Harry Dresden, a wizard from Chicago, who works as a private detective. He was working with Chicago police, where he assigned Detective Murphy to solve the most unusual cases. With all this going on, Harry has to affirm with a warden, who is responsible for supervising wizards, and a wizard ghost, whose name was Bob, who lives in his apartment. This series based on the fantasy book of the same name. The aroma of the show is the same as what you will find in the book “The Dresden Files”.

The Dresden Files is available on Google Play Store. You can purchase it from there.

If you are searching for a series with a touch of realism and fantasy, you might want to look into this series. In this show, the protagonist is not the devil. The plot of the series rotates around a detective who finds that he can see supernatural creatures, who are hiding amongst us. This is loosely based on the Grimm’s Fairy Tales. The first season of the show was OK but then the interest increased as the show reached the final and sixth season.

This was first introduced in 2011 and last aired in 2017. You can purchase Grimm on iTunes and Google Play Store.

Want to watch something unusual? This is the best option, “Pushing Daisies”. This is another supernatural comedy-drama series. It is the story of a pie maker, whose name is Ned. Ned has the power to bring back the dead beings to life with a single touch. He used this power to help a detective. The detective solves the murders by bringing the victims back to life with the help of Ned and asking who killed them. The series has won a lot of awards for visual styles and interesting characters.

Unfortunately, the show has only one season, premiered in 2007 and lasted in 2009. Lucifer and Pushing Daisies both shows seem to have strong and crime-solving personalities. Watch Pushing Daisies, available on iTunes and Google Play Store.

In this show, there is a mixture of vampires with a crime drama. Moonlight was an early 2000s show, but we can not understand why was it canceled? Unfortunately, it only has one season which is a bit of a disappointment.

Fringe was a very popular series of the mid-2000s and is a perfect show for the fans of Lucifer, who wants a crime procedural and the supernatural both. This is about the special team called the Fringe Division. This team works under the supervision of Homeland Security. The team uses an investigative technique that is very unique, a technique called fringe science. This is special because they investigate odd crimes. These cases are based on the parallel universe’s mysteries.

Evil is not that popular despite having been released in 2019. It was picked by Netflix but before that, the show only aired on television. Similar to Lucifer, this drama also gas the supernatural and crime aspects. In this, there is a forensic scientist accompanied by a Catholic seminarian. So, we can say that it also has religious elements. They together with a technology contractor, examine supernatural circumstances.

An angel and a demon can there be a friendship between the two? In this show despite their obviously different attitudes, they both are lifelong friends. An angel and a demon seek to discourage the Antichrist’s appearance. To save the world, the two have to generate their strengths together with the Armageddon, that is why we can say that it is one of the best shows similar to Lucifer.

David Tennant has provided superb performances over the years, Good Omens is something special among them. It is the contrasts between Tennant’s demon Crowley and Michael Sheen’s angelic Aziraphale that brings a laugh and wicked entertainment both. This was launched in 2019.

Castle was first premiered in 2009 and it has a long run time till 2016. Rick Castle, a crime novelist, pulls some ropes to become the partner of a murder detective series. The two become an effective team who took down big criminals, despite their regular prank. Over time, a romance between the two blossoms.

Although the pair is very much like Chloe and Lucifer, it does not bring a fantasy theme like Lucifer. This series is the best to follow a battle couple.

So, this was the list of some shows similar to Lucifer. While season 5 part 2 of Lucifer is on the way to release. But it is not clear yet when it will be premiered on Netflix.

Warrior Nun is an American fantasy drama similar to Lucifer. It is the genre of supernatural, fantasy, detective, and drama. The series is based on one of the comic characters Warrior Nun Areala written by Ben Dunn. Warrior Nun is created by Simon Barry with an amazing star cast included Alba Baptista, Toya Turner, Thekla Reutan, and Tristan Ulloa.

It is the story of a 19-year-old girl who arose in a morgue with the divine artifact rooted in her back. Later she came to know that she is now tasked to fight evil souls as she is part of an Order of the Cruciform Sword. This is the must-watch series if you like fantasy drama.

MUST READ || Best Thriller movies on Netflix You Must Binge Watch