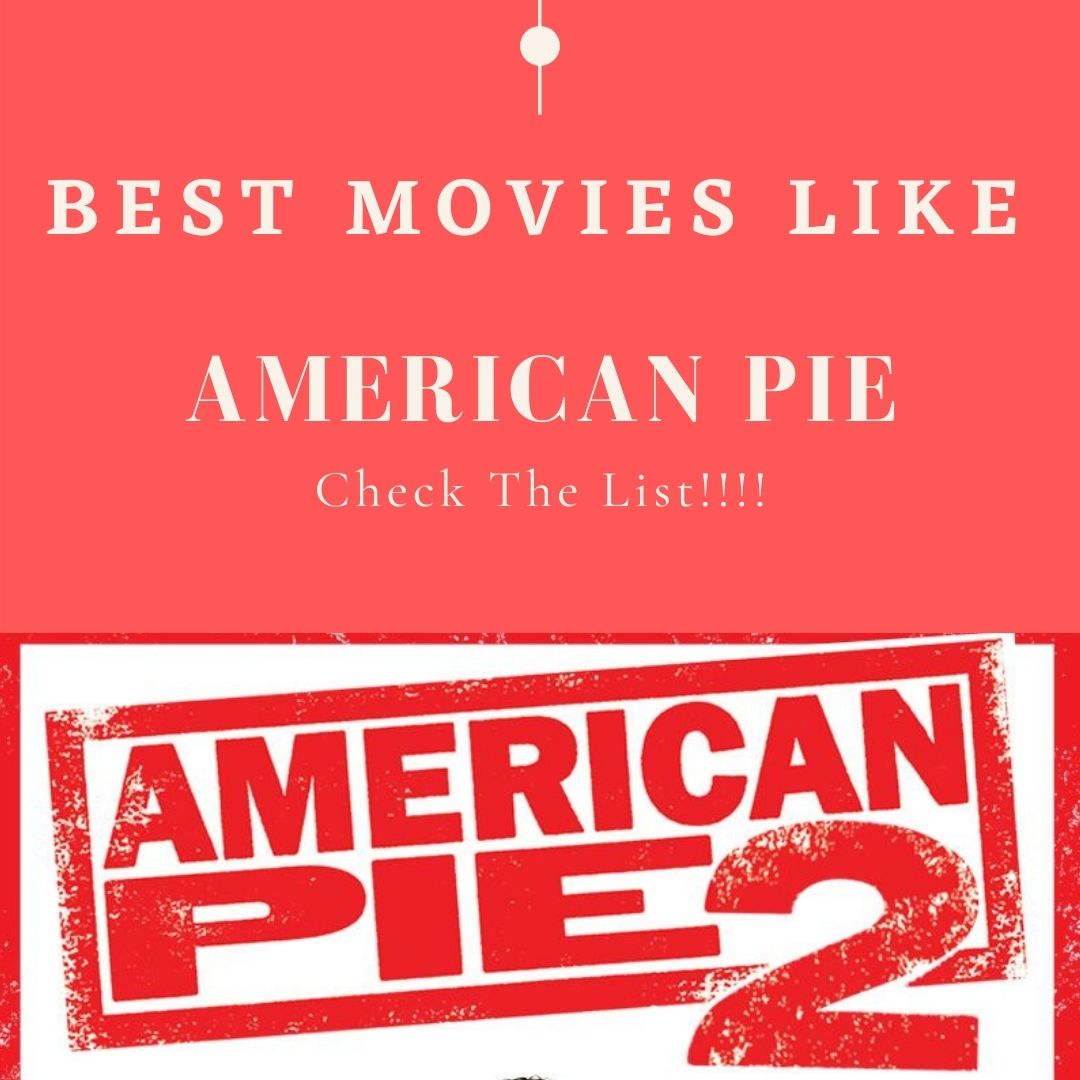 Teen comedies always have been popular to a very great extent. One such movie is American Pie. While watching it, you must have gone to your period of teenage and could have lost in that nostalgia. That was the time when we always discussed our future plans. This movie was highly relatable to many people. At the same time, the audience had their enjoyment at the peak.
After watching American Pie, you must have become a massive fan of it, and therefore, you must be seeking those movies that are similar to it. Browse our list of best movies like American Pie.

This film revolves around a young couple who are trying to adjust themselves two parenting right after they had their first child. Rose Byrne and Seth Rogen struggled to keep the sleep schedule amongst other issues. They did this to gain a college fraternity that Zack Effron led. All this was done by them to rent the house next to them and to make their lives worse with the constant partying. The police are called by the couple for the neighbors, and therefore, a prank was started that ultimately leads to dangerous and hilarious heights.
Year: 2014
Director: Nicholas Stoller
Producer: Seth Rogen, Evan Goldberg, James Weaver
Cast: Rose Byrne, Zac Efron, Seth Rogan, Christopher Mintz-Plasse, Dave Franco

This movie revolves around three teenagers. All of them want to throw a party so that their chance of getting laid increases. Seth, Evan, and Fogell are the teenagers on which the movie focuses. Booze is the only thing that makes a party good. So they managed to buy the booze but by the use of illegal methods. As soon as they do so, the plan of these three teenagers starts to reveal slowly. The concept of the teenagers and this party is somewhat hilarious. But it was the cast that made it excellent to watch.
Year: 2007
Director: Greg Mottola
Producer: Shauna Robertson, Judd Apatow
Cast: Jonah Hill, Michael Cera, Seth Rogen, Christopher Mintz-Plasse, Bill Hader, Emma stone.

What if the Americans have to make a film in Europe? This film focuses on a heartbroken high school graduate. After her girlfriend dumped him, he decided to go on an adventure trip to Europe. Along with his friends, he travels to the place. As he was moving ahead, he now forgot about his girlfriend. Scotty began to have fun again.
Year: 2007
Director: David Mandel, Jeff Schaffer, Alec Berg
Producer: David Mandel, Daniel Goldberg, Alec Berg
Cast: Michelle Trachtenberg, Jacob Pitts, Scott Mechlowicz, Matt Damon, Kristin Kreuk

The story is of four college friends and all of them are on a trip to Austin because of a video which was sent to Josh’s (one of the character) girlfriend by mistake. The tape was not ordinary and so he needs to settle the things. Road Trip is an American film that has sex comedy.

The Girl Next Door

This film has a typical story where a high school boy finds himself in love with the girl who arrives to live next door. But his love story has something different in it. The entire plot has many elements that make it a romantic comedy film.

10 Things I Hate About You

It is an American romantic comedy that is centered on Kat Stratford. She is smart and beautiful. According to the home rules, her younger sister, Bianca, cannot have a boyfriend until Kat starts dating. Very soon, Kat needs Patrick Verona. Crossing paths with him marked a new entry in the movie. All we have to see is, will she let her guard down to fall for Patrick?

This movie is about a group of three best friends. Despite the age, they turned their house into a party hub at a local college campus situated nearby. This led them to start fraternity among those kids at college with whom they started interacting and talking. The dean of the school wants to shut them down.
Year: 2003
Director: Todd Phillips
Producer: Todd Phillips, Joe Medjuck, Daniel Goldberg
Cast: Luke Wilson, Will Ferrell, Vince Vaughn, Ellen Pompeo, Elisha Cuthbert, Juliett Lewis

Fired Up is an American film that shows how two football players go to a camp of cheerleaders. This is because they want to be around the other 300 girls who are also the cheerleaders in that camp.

Bartleby Gaines creates his own college as he doesn’t want to disappoint his father. He did so because he faced denial from every college he applied to. His college, The South Harmon Institute of Technology, very soon became a student-run college. Since it was led by him and his friends, the students at the college decided everything for themselves. After few days, the college only had lazy people.
The college had some courses that included Skateboarding, Slacking, Wingman-ing, Doing Nothing, and Rock Your Faces Off 2022.
Year: 2006
Director: Steve Pink
Producer: Michael Bostick, Tom Shadyac
Cast: Justin Long, Blake Lively, Maria Thayer, Jonah Hill, Hannah Marks, Lewis Black, Columbus Short

There’s Something About Mary

The dream date of Ted with Mary always remains in the state of never happening because of an injury at her home. After years, he hires Pat. His job was to track Mary so that Ted could meet her and establish a connection. In due course, Pat finds every detail about her but lies to Ted. Till then, Pat travels to Mary and meets her. This meeting was not at all straight forward as he has to go through many lies that Tucker (Mary’s friend) and Pat have woven.
Year: 1998
Director: Bobby Farrelly, Peter Farrelly
Producer: Michael Steinberg, Bradley Thomas, Frank Beddor, Charles B. Wessler
Cast: Ben Stiller, Matt Dillon, Cameron Diaz, Chris Elliott, Lee Evans, Lin Shaye

Andy Stitzer is a 40-year-old guy who his friends continuously harass as he is still a virgin. Soon after, he crosses paths with a single mom who is precisely of his type. Further, the movie answers the question: Will he remain a virgin forever, or will he finally do the thing he always wanted to?
Year: 2005
Director: Judd Apatow
Producer: Clayton Townsend, Judd Apatow, Shauna Robertson
Cast: Steve Carell, Paul Rudd, Catherine Keener, Seth Rogen, Elizabeth Banks, Jane Lynch, Romany Malco, Leslie Mann

These movies will provide you similar fun and entertainment as that of American Pie. Of all the films mentioned above, some of them are available on Netflix and Amazon Prime Video.

MUST READ || Best Thriller movies on Netflix You Must Binge Watch