The Holmes Family Effect Season 1 is a Canadian series that aired first on 16th March 2021 on the CTV channel. It is inspired by the people who are making difference in their communities. It shows a trio of father, daughter, and son who move to different places and reconstruct their working spaces of the services office into the new one.  This family in every episode comes with new designs and a new set. Certainly, they also show the procedure and how they upgraded their office. This is a reality TV show.

Mike Holmes is the host of the show. He is a Canadian professional contractor, investor, and philanthropist. He has been part of many shows like Holmes on Home, Holmes Inspection, and Canada’s Handyman Challenge.  Mike has two children Sherry Holmes and Mike Holmes Jr. On the show who also follow the same profession.  This series first aired only in Canada but it is all prepared to be launched in America too.

Holmes Family Effect Season 1 is produced by Jonathan Payne, Grant Grischuk, and Paul McConvey. It is directed by Robin Johnston. Mike Holmes and Tina Apostolopoulos are the executive producers. Make It Right Productions is the Production Company.

This season has currently 4 episodes and there is no news of further episodes in near future.

Episode 1 – Broadcast on March 16th. The first episode revolves around an 18 years old boy named Riley. It was named ‘A Trade Of A Lifetime’. A young boy contacted Holmes and asked him to transfer to his trade school – Judith Nyman Secondary School located in Brampton, Ontario. The episode covers the total transformation of his classroom. Above all, they also taught amazing skills to Riley’s fellow mate. On the other hand, Riley’s teacher Mr. Meleca, also receive few words of gratitude and thankfulness from the Holmes family. This is the first project for the Holmes family which made it very close to the trio. Russell Peters featured here as a celebrity guest.

Episode 2 – broadcast on March 16th. This episode is about a girl named Vannesa. It is titled “Think Big, Dream Bigger”. Vannesa is a university student who comes in contact with the Holmes family. She works for Solid State, cooperation in Surrey with immigrants and radicalized youth.  She asked to transform this place as it is outdated and uninspiring into a better and flexible one that is suited for young entrepreneurs. The second episode captures the stunning transformation of the headquarters. Pandemic hit the making of the second episode and the Holmes Family Effect have to force to leave and put a halt to the production.

Episode 3 – broadcast on March 23rd. the third episode is titled “One Step At A Time”. It is a story about a social worker named Cal. He approaches the trio to transform a charity organization named Working Gear situated in Vancouver. This organization supplies free clothes and work boots to low-paid men and women. They provide fresh employment to them and help them to rejoin the workforce. They transform dense, crowded, and compact space into fresh, open, and embracing areas.

Episode 4 – the fourth and the latest episode of Holmes Family Effect Season 1 aired on 7th March titled “Hold the Fort”.  The Fort, a Youth Center in Smithville transformation is covered in the fourth season of Holmes Family Effect. Aron who worked there and also a member of the Fort urges Holmes for the transformation and expresses her love for the center. The old and neglected center turns into a welcoming and loving space for the people living there.

What do we can expect from the next Episode?

As of now, there is no news about the next episode. But Holmes Family Effect will defiantly come with a great idea and change the life and the working space of many people.

Although as per our follow up of the show, we might see the Holmes family effect season 2 return by the end of 2022, as there isn’t any shooting going on and if it begins early 2022 we might possibly see the show back in action by the winters. 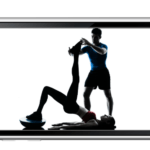 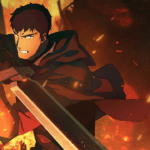