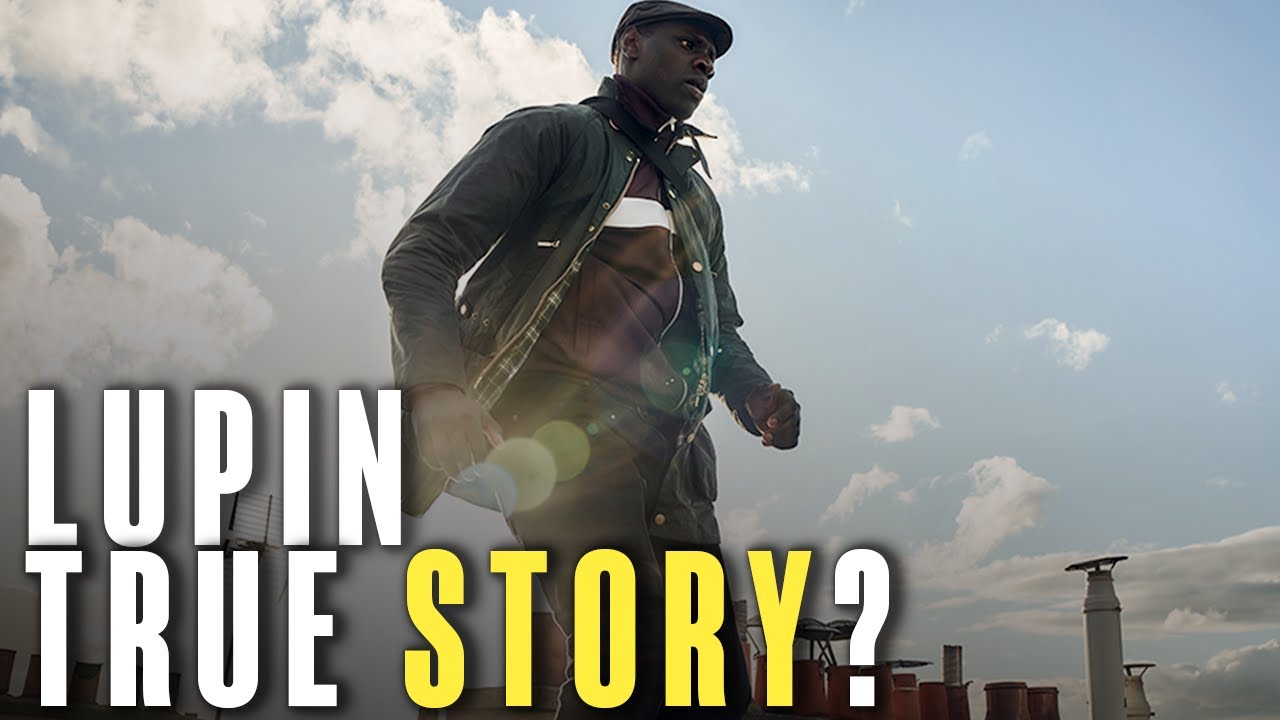 if you are reading this article, you definitely would have heard the name of this series. A French crime thriller recently released on Netflix starring Jurassic World actor Omar Sy is getting on everyone’s mind quickly. The show actually resembles a lot with the very famous crime movie, “Now You See Me.” In most countries, it has been so popular that it has even entered the list of Top 10 Netflix shows. In the U.S., Lupin becomes the first French show to enter the Top 10 Netflix shows at no.8 and, by the end of the weekend, had grabbed the first position.

The show actually has two parts, out of which the first one was premiered on the 8th of January 2021. The series of 5 parts, like most of the other web series, has left viewers in great suspense. After watching the series, everyone is just having one question in mind that is Lupin really based on a true story. Let’s find out.

Is Lupin Based On a True Story?

the answer to the question is No, it’s not based on a true story. Although the series has been created in a manner that seems realistic to almost every viewer who watches, it’s not true. As per IMDb, Lupin is based on a fictional character Arsene Lupin, a gentleman, a thief, a master of disguise. It is created by a great French novelist, Maurice Leblanc. Lupin has also been featured by Maurice in many other novels and novellas. Some of them are The Secret Tomb, The golden triangle, Arsene Lupin vs. Herlock Shlomes.

Assane works in Louvre, Paris, as a janitor. He portrays himself as a gentleman but is a master of disguise who has a clear aim to avenge his father’s death. The entire show is based on a fiction story line-up.

The credit actually goes to the show George Kay’s creator, who made this in collaboration with Francois Uzan, one and only Omar Sy, producer Gaumont, and everyone involved in the making. Recently the season 2 started to premier on Netflix and the famous show is again back in the game, moreover, the magician seems to be realistic but has fictional substance involved.

Omar Sy, who is one of the most renowned comedians of France. He’s starring as a lead in a series like Lupin is a big freaking deal for the French crowd. Although, Sy performed his work so well that the series is limited to France alone and the entire world. It would have been the perfect time for Sy to make his return to TV shows as he has been in good shape now as a comic performer.

Lupin: The Premise of the show

The story is about Assane Diop, who is the only son of an immigrant. After taking birth in Senegal, Assane turned in to a professional thief. However, when they were living in France, Assane’s father was framed for stealing an expensive diamond necklace by a very wealthy and powerful employer Hubert Pellegrini. He hanged himself in the prison cell as can’t bear the shame after he put himself inside the prisoner’s cell. Assane lost his father and became an orphan.

MUST-READ: Best Apps to Watch Korean Dramas and Movies in 2021

Twenty-five years later, inspired by the book about gentleman thief Arsène Lupin, which he got from his father on his birthday, Assane sets out on a path of revenge on the Pellegrini family. He uses his charisma and mastery of thievery, fraud, and disguise to expose Hubert’s crimes.

One part which caused all this dilemma of Lupin being a true story was Marie Antoinette’s necklace, which was stolen by Lupin. The necklace, which is said to be of real diamonds and worth $15 million, was gifted to Marie Antoinette. As shown in the series Lupin buy this necklace and then steals it. There was a similar incident in the eighteenth century, as shown in the Lupin. The necklace is still missing, and its diamonds are likely scattered. Though it was never displayed or auctioned at the Louvre, a reconstruction of the necklace was exhibited in Versailles.

Everyone who had watched the show had really got their eyes awestruck till the end. The IMDb ratings of Lupin are 7.6, having over five thousand reviews, although it has just been only a month since the show had been premiered. Twitter was overflowed by the people who just finished watching Lupin. Even the very famous actor Nathalie Emanuel which is well known for his character Missandie in Game of throne has recently tweeted sharing his amazing experience watching Lupin. So, a perfect weekend watch from our side would definitely be Lupin. A story of fathers and sons filled with a lot of thrill, style, and wit.

You can binge watch Lupin on Netflix.

MUST-READ: Here’s Everything We Know About You Season 3