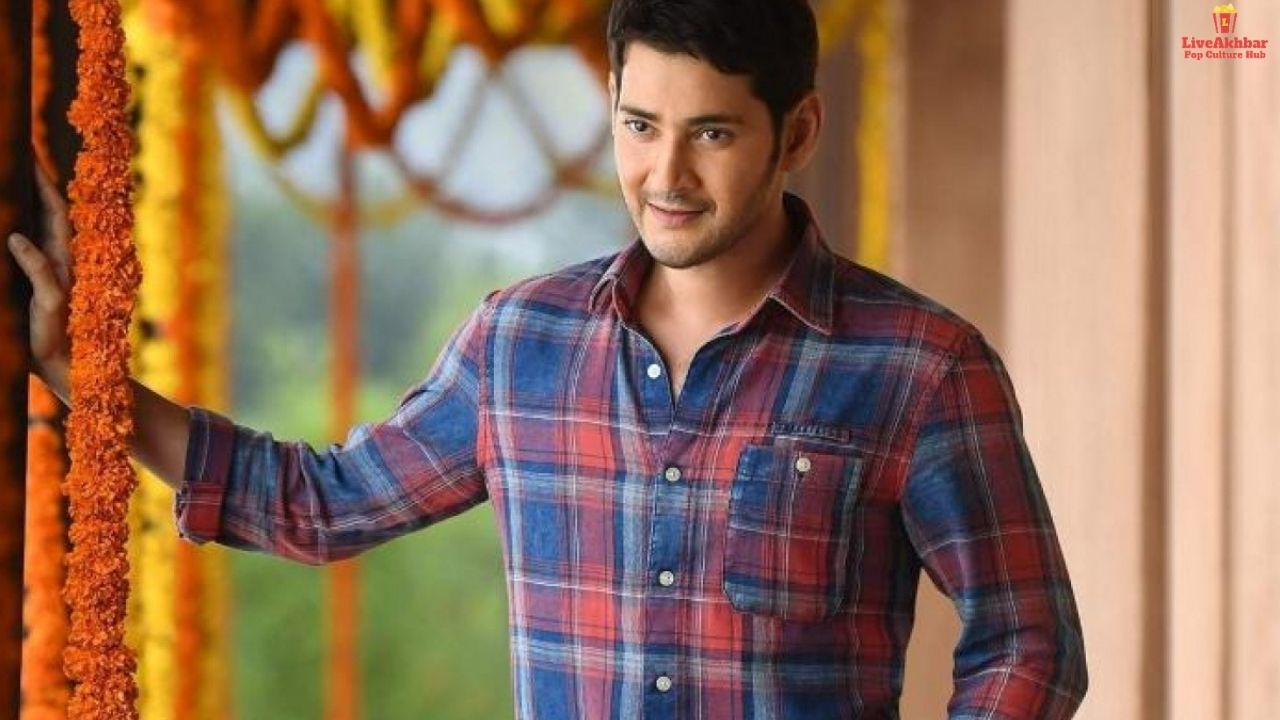 Are you a fan of Telugu superstar Mahesh Babu? Or wanted to watch some of the best stuff of the Telugu film industry? This is the right place you come to. Yes, today in this article, we provide you with the best movies of Mahesh Babu as well as it is going to be very exciting to watch this type of entertainment.

Mahesh Babu is an Indian Telugu actor, producer, and media personality. He is one of the highest-paid actors in the Telugu industry and acted in more than twenty-five films. Mahesh was born in 1975 on 9 August in a Telugu family in Chennai. Babu is the fourth child of veteran Telugu films actor, Krishna. And he was started his career as a child artist at the age of four from Needa (1979) in which he played a very small or we can say a cameo role. He gave a lot of fantastic movies to the Telugu industry. Mahesh Babu’s some of the best movies are Murari (2001), Okkadu (2003), Athadu (2005), Pokiri (2006), Dookudu (2011), Businessman (2012). Seethamma Vakitlo Sirimalle Chettu (2013), Srimanthudu (2015), Bharat Ane Nenu (2018), Maharshi (2019), and Sarileru Neekevvaru (2020), are also the best movie of Mahesh. His Pokiri was the record of the highest-earning Telugu film while Sarileru Neekevvaru in 2020 was his highest grosser with the collection of Rs. 2.6 billion.

Mahesh Babu has been earned a lot of popularity with many awards. Like, he won eight Nandi Awards, three CineMAA Awards, five Filmfare awards south, three South Indian International Movie Awards (SIIMA), and also one IIFA Utsavam Award. Baby debut in 1999 as a lead actor with Rajakumarudu, he also won one Nandi Award for Best Male Debut. Mahesh Babu is referred to as the Prince of the Telugu film industry. If we talk about his career apart from the movies, he is worked as the goodwill ambassador for Rainbow Hospitals and also fell into the business of film exhibition with Narayandas Narang of Asian Group. He and Narayandas, at Gachibowli AMB Cinemas, inaugurated the seven-screen superplex. This was the short bio about Mahesh Babu, after all, it was also important to know. So, let’s move on to the movies of this amazing actor that you must watch.

Rajakumarudu was Mahesh Babu’s debut film as a lead actor, that was released in 1999. The movie was a romantic comedy-drama under the production banner, Vyjayanthi Movies by the producer C. Ashwini Dutt. This is a simple and cute romantic movie in which Raja (Mahesh Babu) fell in love with Rani (Preity Zinta). Initially, Rani dislikes him but eventually, later she also stated loves him. The movie was good and won Nandi Award for a Best home-viewing feature film.

This film was the debut of Sonali Bendre in Tollywood. Murray is a supernatural action drama that revolves around the happy and good-looking guy Murari (Mahesh Babu) whose forefathers were Zamindars. And they have been the victim of Goddess Durga’s curse that applies to them, generation to generation. Actually, the curse was about their men’s death in their early 30s. So, the film is about how the main leads (Murari and Vasundhara) overcome this curse through Murari’s spiritual will. You can watch this movie in the Hindi language also.

READ MORE | Best Shows Like Asur That You Must Watch!

Remember Tere Naam girl? Okkadu stars Mahesh Babu and Bhumika Chawla in the main lead. This entertaining piece was produced by M.S. Raju under the production banner Sumanth Art Productions. The film revolves around the story of the Kabaddi player, Ajay Verma (Mahesh Babu) who rescued Swapna (Bhumika Chawla) from the evil circle of Obul Reddy (Prakash Raj) when he tried to forcefully marry her. This film has already won eight Nandi Awards and four Filmfare South Awards containing the award for Best Film- Telugu.

This is the only alliance of Mahesh Babu and Teja. This is the only movie in which you see his actor and director Jodi. It was not as successful as other movies of Mahesh but this received positive reviews from the critics. This is the story of revenge. When Seetaram’s father Venkateswarlu (Ranganath) was killed by Devudu (Gopichand) and his assistants, Seetaram and his mother fought back and take their father or husband’s death revenge. Also, the remake of this movie has already been made in Odia as Arjuna and in Bangladesh as Top Leader.

Before Athadu Mahesh Babu’s career was not worked so well. But this movie gives the light of hope to Mahesh Babu and he returned with this action-packed drama. In this movie, Mahesh was seen playing a double role as Parthu and as Nandu. Nandu, a professional hitman hired to fake a murder of the opposition leader Shiva Reddy. But something goes wrong, he disappeared and acted as Parthu, his alike man. And because of the misunderstanding, Parthu was killed by police as he was looked like Nandu. The story later shows that how Nandu managed to not disclose his identity as Nandu in front of Parthu’s family and how CBI Officer identify him. This entertainment also won three Nandi Awards and one Filmfare Award South for Best Director.

READ MORE | Best Movies Of Allu Arjun You Should Be Watching Right Now!

Pokiri is about a local goon, whose killer way, in which, he normally behaves earned his girlfriend’s dislike, corrupt police’s hate, and also the most wanted don’s attention. It is a similar romantic story with some actions as in Mahesh’s other films we see. Pokiri was seen in IIFA Film Festival and won four Nandi Awards along with two Filmfare. We can also say that Ileana’s film career took a height from this film. Its remake was made in many languages like in Hindi as Wanted, in Tamil as Pokkiri, in Kannada as Porki, and in Bengali as Moner Jala.

Athidhi revolves around the life of the orphan boy “Athidhi” (Mahesh Babu). How he was adopted by the family and how he falsely stuck in the case of killing his parents. And because of all this, his love interest Amrita (Amrita Rao) also thought that he is the killer of her parents as the parents were the same who adopted him. On the release, this movie got mixed reviews from the critics and earned Rs. 35 crores, which is a hit but not the big hit. This also has a remake by the name Durdorsho Premik in Bangladesh.

Dookudu is an action-comedy movie written by Srinu Vaitla, Kona Venkat, and Gopimohan. The movie is critically acclaimed and even commercially it is a big hit. Mahesh returned with this movie after the break of three long years. It is the story of an IPS Officer, Ajay (Mahesh Babu) whose father, an honest politician gained consciousness after being in a coma for a long period. And Ajay made him believe that everything is normal as it is earlier. Alongside, Ajay tried to arrest Nayak (Sonu Sood), an underworld don responsible for the drug supplies. The movie won approx seven Nandi Awards, six Filmfare Awards, eight CineMAA Awards, and eight SIIMA Awards.

READ MORE | Best Shows Like Mastram to Watch During Self-Insolation

The story of this movie revolves around a middle-class family whose head is a very positive man. And has two sons, Peddodu and Chinnodu, both completed their education but doing nothing. Meanwhile, their cousin Seetha loves the elder son and the younger son fell in love with her uncle’s daughter, Geetha. But there was a conflict between the elder son Peddodu and Geetha’s father but Peddodu’s father taught both of them the value of love in life. It won two Filmfare Awards South, three SIIMA, and four Nandi Awards.

Nenokkadine is an Indian Telugu psychological action movie. It is produced by Ram Achanta, Gopichand Achanta, and Anil Sunkara under the banner 14 Reels Entertainment. Kristi Sanon, the female lead made her debut as the main lead from this film. The film rotates around the Gautham (Mahesh Babu), who searched three men whom he believed his parents’ murderers. But Sameera (Kriti Sanon), a journalist tried to convince him that he is actually an orphan and hallucinating about his parents. Nenokkadine won three SIIMA and two CineMAA Awards and became the fourth highest-earning Telugu movie at the US box office.

Maharshi is an action thriller movie produced by Dil Raju, C. Ashwini Dutt, Prasad V. Potluri, and Param V. Potluri. The story of Maharishi followed Rishi (Mahesh Babu), the CEO of a US-based software company. Later in the story, Rishi helped farmers when he saw the hardship of oppressed farmers by his friend Ravi (Allari Naresh). This was also amongst the highest-grossing Telugu films and received two National Awards and two Zee Cine Awards Telugu.

Sarileru Neekeevaru is an Indian Telugu action-comedy. It is produced under the banner of Sri Venkateswara Creations, G. Mahesh Babu Entertainment, and AK Entertainments. The movie is about an Army Officer who visited Kurnool to report his colleague’s health to his family. Meanwhile, he stayed there and tried to resolve the family’s problem and how in the end, he tries to change the heart of the corrupt person. It is a commercially successful movie with earnings of more than Rs. 260 crore worldwide.

So, that’s all for this article. Hope, you all must watch these movies during this lockdown and will find your entertainment and enjoyment. 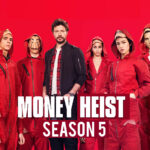 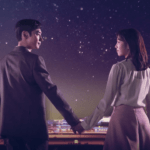