Asur is one of the most loved web series. It has impressed a large audience through its story. This Voot original series based on crime, drama, thriller, and mystery with Barun Sobti as Nikhil Nair, Arshad Warsi as Dhananjay Rajput in the lead role of the series. Directed by Oni Sen. Written by Gaurav Shukla, Niren Bhatt, and Abhijeet Khuman. The story revolves around the Asur. It involves logic and superstitious beliefs. The two-character Nikhil and Dhananjay think that both are Asur. Asur is trying to connect with both of them. In the story, there is a serial killer, who is the killer? Why he is doing this? And how the three are related to each other. It was released in 2020. In this article, we have compiled a list of best shows like asur that you must add to your wishlist.

Bard of blood is an action and spy-based series. It was released on 27 September 2019. Directed by Ribhu Dasgupta.
Season 1 contains 7 episodes. Starring Emraan Hashmi is Kabir Anand, Vineet Kumar Singh as Veere Singh, Kriti Kulhari as Jannat Marri, Jaideep Ahlawat as Tanveer Shehzad, Shobhita Dhulipala as Isha Khanna. Danish Hussain as Mulla Khalid, etc. The story follows the life of ex- IIW officer Kabir Anand. When he was part of an operation his one of the companions was dead. Then he left IIW and started working as a literature teacher. But again he was called by his senior for a mission to save four intelligence officer who was grabbed in Quetta. What problems he will face saving the life of his colleagues. Will Kabir succeed in his mission.

It is an action, family, drama web series. It was released on 20 September 2019 on Prime Video. Created and written by Raj and D.K. Produced by Raj Nidimoru and Krishna.Starring Manoj Bajpayee as Srikanth Tiwari, Priyamani Iyer as Suchitra Iyer Tiwari, Samantha Akkineni as Rajalakshmi, Rohit Sukhwani as Shael. Talking about the story revolves around the spy Srikanth Tiwari (TASC). The story involves the daily activities of the middle-class man, Srikant Tiwari. He is NIA working for his Nation. His family is not knowing his actual job. How challenging a job it is for him to manage his personal as well as professional life. Shrikant is got to know about the terrorist attack. How he will save his country.
Season 1 has 10 episodes. After the great success of season 1 makers have planned for seasons 2 and 3.

It is a drama series. It was released on 8 March 2021 on Netflix. Written and directed by Alankrita Shrivastava and It Agrawal. Starring Pooja Bhatt as Rani Irani, Shahana Goswami as Fatima Warsi, Amruta Subhash as Lily, Plabita Borthakur as Aayesha, Aadhya Anand as Shai, Imaad Shah as Ron, etc. The story revolves around five women of different ages. How focused they are about their career, problem, and about there dreams. Season 1 has 6 episodes. Every episode has different title episode 1 women who run the wolves. Episode 2 love. In episode 3 the color purple.Episode 4 the bell jar. Episode 5 the golden notebook. The title of episode 6 is “A room of one’s own”.

Must Read || Is Bombay Begums A True Story?

Talking about the story revolves around the parent who tries and everything to protect his child’s lungs that are not functioning well. He tries his best to do for his son. The twist is how he will get the lungs, whether he will choose the right path or not? To know everything about the story must watch Breathe.

Must Read || Will Breathe Season 3 Release Date Be On The Floors?

It is an action, drama, web series. It has two seasons. Season 1 was released on 30 April. Season 2 was released on 26 January 2018 on ALT Balaji . Created by Ekta Kapoor. Written by Ishita Moitra. Directed by Vinay Waikul and Nagesh Kukunoor. Starring Nimrat Kaur as Shikha Sharma in the lead role. Juhi Chawla as Shraddha Pandit, Akshay Oberoi as Bilal Siddiqui.

Talking about the story revolves around the first woman in the Indian Army. The movie will tell you how society discriminates against women. The movie will inspire you how you can face your challenge and can achieve whatever you want. Consists of 11 episodes. Running timing 30 minutes.
Produced by Shefali Bandyopadhyay.

It is a drama, thriller web series. It was released on 3 March 2020 on Voot. Directed by Anil senior. Written by Radhika Anand. Starring Rajeev Khandelwal as Anurag Sarawat, Suhas Ahuja as Shaan, Aahana kumra as Sameera, etc.Season 1 consists of 6 episodes. Running timing 40-45 minutes.

Talking about the story revolves around Sameera Chauhan. Her boyfriend is Nitin but recently they break up. Sameera meets a very handsome man Anurag. Anurag asks her to join him for today’s dinner. The next day morning she was not in a good condition someone has misbehaved with her. She doubts that Anurag is responsible for her condition. Produced by Sukesh Motwani and Mautik Tolia.

It was released on 5 April 2019. It is a drama, thriller web series. Directed by Tigmanshu Dhulia. Written by Shridhar Raghavan. Starring Pankaj Tripathi as Madhav, Vikrant Massey as Aditya Sharma, Jackie Shroff as Mustafa, Anupriya Goenka as Nikhat Hussain, and Mita Vashisht as Mandira.

The plot of the story follows Aditya who is a cab driver. He went with a woman for one night when she asked him to join her. The next morning when he wakes up the woman was missing and the knife was in his hands. The room was full of blood. He was arrested by the police for murdering a woman. Aditya is not sure whether he has killed her or not.

Season 1 was released on 5 July 2018. Directed by Anurag Kashyap, Vikramaditya Motwani, and Neeraj Ghaywan. Starring Saif Ali Khan as Sartaj Singh, Nawazuddin Siddiqui as Ganesh Gaitonde, Radhika Apte as Anjali Mathur, and Pankaj Tripathi as Khanna Guruji. The story revolves around Sartaj Singh who receives a phone call. Ganesh Gaitonde warned him to save his city within 25 days. It has Seasons 2 and consists of 16 episodes.

It was released on 22 March 2019. It is crime drama series. Pinned and Directed by Richie Mehta. Starring Shefali Shah as DCP Vartika, Rashika Dugal as Neeti Singh, Adil Hussain as Kumar Vijay, Aakash Dahiya as Devendra, and Rajesh Tailang as inspector Bhupendra Singh, etc. Season 1 consists of 7 episodes. The story revolves around gang rape. Vartika Singh is ordered to find out who is the real culprit responsible for the death and assault of the lady. Every character of the series has done an amazing job and was loved by the audience 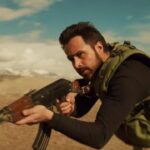 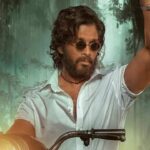