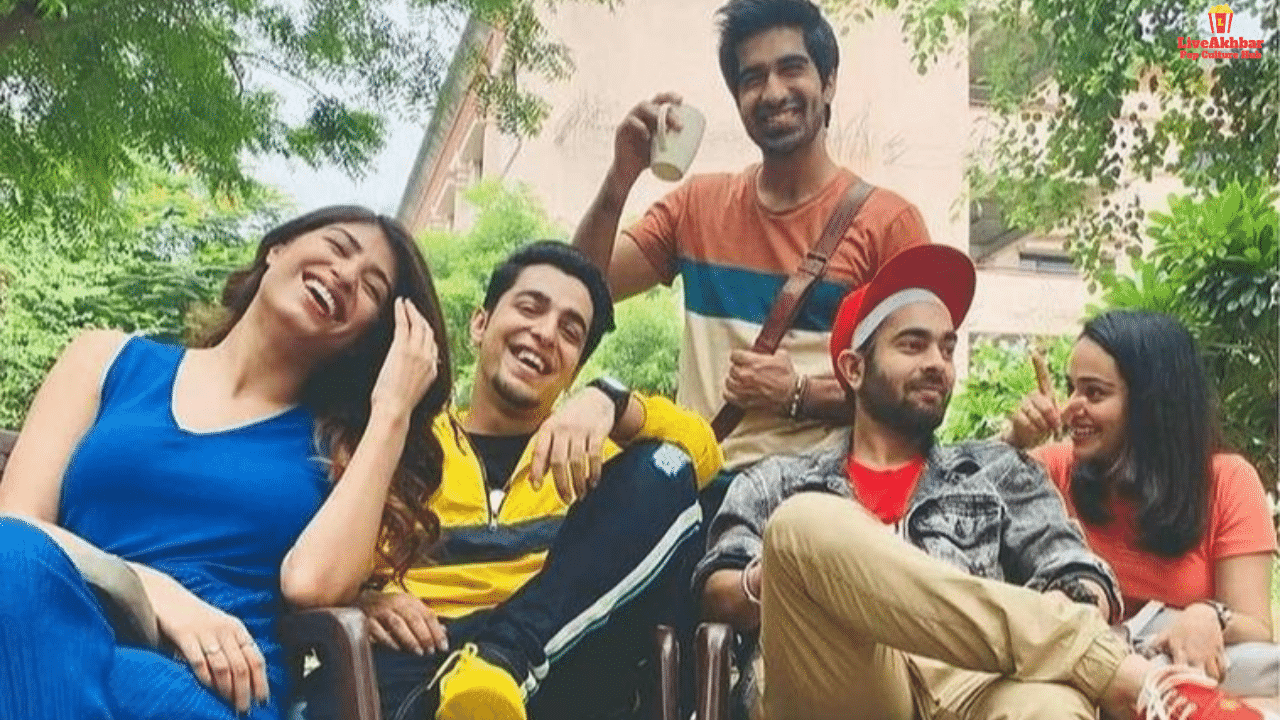 College Romance is Indian Romantic Comedy-drama series directed by Simarpreet Singh along with Apoorv Singh Karki. College Romance starring Manjoot Singh, Keshav Sadhna, Apoorva Arora, Gagan Arora, Shreya Mehta, Hira Ashar in leading roles. Show Received a favourable response from the audience, viewers love the show and the love of the audience showed in the form of ratings. College Romance considers as one of the highly-rated web show with 8.9 IMDb Ratings. The story of the show is all about the three best friends who are looking for love, laughs and some lifelong recollections while attending college together. Both Instalment of the College Romance earned a huge fanbase In India.

Let’s Get Ready and stop whatever you are doing we are going to make you joyous with the list of 12 Web Shows like College Romance. The list mentioned below will contain highly rated and best web show that you must Add to your Watchlist!

Inmates is an Indian Comedy-drama series directed by Yazad Anklesaria . Show Released on Netflix and received a positive response from the audience.

Five Friends While residing under one ceiling, close-knit 20-somethings manoeuvre the ups and downs of friendship, romantic entrapments and discovering themselves. A virgin, a pet cockroach as well as a lifetime of a sarcastic joke. Under one roof this is friendship.

The story of the show revolves around a couple of wedding planners based out of Delhi. The series chronicles the lives of wedding planners called Tara portrayed by Sobhita and Karan, who operates the agency named Made in Heaven and simultaneously withstand their own battles of life.

Kota Factory is a comedy-drama web show produced by Sameer Saxena and directed by Raghav Subbu. The show received a huge fanbase and received a positive response from all over the country.

The story of the show revolves around Kota the hub of numerous coaching centres Where students from all over India come and prepare for the entrance exam. The show presents the life of learners in the city, and Vaibhav’s struggles to get into IIT.

Girls Hostel is also a comedy-drama television series directed by Chaitanya Kumbhakonum and Sarjita Jain work as associate creative producer / creative producer. Show consider as one of the most popular and favourite.

The show is all about the world of college girls who have some issues with management but the system didn’t pay attention to them as their point of view is that their problem is a problem. Then they all fight against the whole management staff and system and how they reunite their life.

‘Little Things’, is an emotional, light-hearted, and heartwarming web show. The story of the show is about personalities named, Dhruv and Kavya, who are in a live-in relationship in Mumbai. The episodes are nearly a simple plotline, which revolves around the couple talking over problems of everyday life through their dialogues.

Mismatched is a Romantic comedy-drama. Produced by Ronnie Screwvala and directed by Akarsh Khurana along with Nipun Dharmadhikari. The show received positive reviews from the audience.

After a terrible set-up by their households, two teens strike up an uncertain relationship at their summer program but wider emotions aren’t far behind. The story of the show is about Prajakta who is a tech wizard and the man who is attracted and like her.

MUST READ – Best Shows Like Byomkesh Bakshi! Hurry, You Must Watch Them

The family man is Action thriller drama series. Directed by Raj & D.K. and produced by Raj Nidimoru along with Krishna D.K. The show has two installments available on Amazon Prime.

The story of the show is all about a middle-class man who work for the country for a special cell of the NIA national investigation agency. When he tries to protect the country from a terrorist attack
he moreover has to safeguard his family from the consequence of his secretive, high-pressure, and insufficient paying job.

Bombay Begum’s is a drama web show created by Alankrita Shrivastava, Iti Agarwal and produced under the banner of Endemol Shine India and Chernin Entertainment.

The story of the show set in contemporary urban India, five women, across the ages, fight with desire, principles, personal problems and openness to own their ambition. From boardrooms to society’s latitudes, five ambitious women navigate dreams, desires and dissatisfactions in new Mumbai.

7.Asur Welcome To Your Dark Side

Asur Welcome to your dark side is a unique crime thriller show that pits two antagonistic worlds against each other. The less explored as well as a complicated world of forensic science and the deep mysticism of historical Indian Mythology. The show earned positive results. Asur is a crime mystery drama series produced by Tanveer Bookwala. The show directed by Oni Sen. The show is available on voot selected.

A down-and-out cop attains the case of a lifetime when four suspects are arrested in the assassination undertaking of a journalist. The rivalry of it directs him to ‘Paatal Lok’, and to surprising findings in the history of the four suspects. Paatal Lok is a Neo-noir, Crime thriller web show based on The Story of My Assassins. Produced by Anushka Sharma, Karnesh Sharma, and directed by Avinash Arun and Prosit Roy.

Criminal Justice is a Crime, Thriller, and Legal drama series. Show Directed by Tigmanshu Dhulia along with Vishal Furia and produced by Sameer Nair, Deepak Segal as well as Myleeta Aga.

The story of the show follows Aditya who was arrested for murder. One night in Mumbai, a girl hired his cab and came out having a one night stand under the impact of drugs. When Aditya woke up the girl was extinct and a knife in Aditya’s hand. This transpired him accused of homicide and denial of bail.

Panchayat is a show, which catches the whole journey of an engineering graduate man called Abhishek, who for the inadequacy of a satisfactory job option joins as secretary of a panchayat office in a undeveloped village of Uttar Pradesh. Stuck between crazy villagers and a tough village lifestyle.Panchayat is a comedy-drama web show directed by Deepak Kumar Mishra and produced by Sameer Saxena.

MUST READ || Indian movies based on real storie