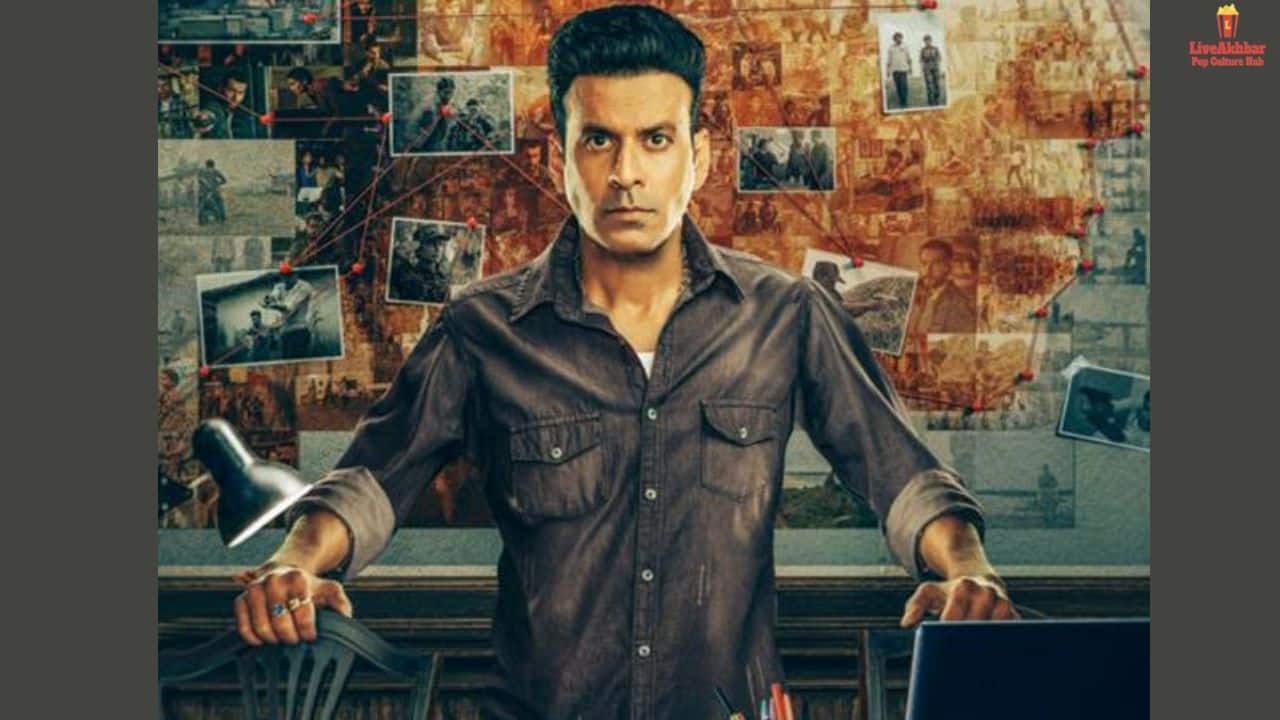 Manoj Bajpai’s The Family Man Season 2 finally has a release date. Fans have been waiting for this moment from a very long time. After the show got postponed a while ago, everyone was curious on when could they binge watch season 2 in one go. So, we have a good news for you! The Family Man Season 2 Release Date is out, and we have given a detailed description of season 2 so that you are ready before it arrives. The Family Man revolves around a middle class man, Srikant Tiwari who is a high class spy agent and works for the government. In between this, he also has to manage his family life and has to maintain a balance between his professional and personal life. Everyone knows how important it is to keep both your lives separated right? it has become more difficult for Srikant as he is a spy agent too.

So, with an interesting storyline, The Family Man Season 2 is back in the game. Directed by Raj Nidimoru and starring one of the finest actors in the cinema industry, the show can bring a lot of cliffhangers to us. If you haven’t watched season one and you dropped here by mistake then probably you should watch it, this might become your favorite web show of all time. We can see a lot of changes in season 2 and a lot more of Manoj Bajpai’s action and comedy. Everyone loved his sarcastic comedy in the show, and I am one of them! The way he has played the role is above outstanding and that’s why you shouldn’t miss it. So, here are the details of season 2.

The giant streaming platform, amazon prime video, has finally listened to the audience and has released the trailer for season 2. In my opinion, the trailer has everything you could ask for but less violence has been shown. It seems that Srikant will face great problems in his married life and they both have to go to a counsellor to get things fixed. That means, his balance between his personal and professional life is not maintained. Other than this, a totally new plot in his spy life has been induced in the show and he will be going to Chennai for an operation.

Actress, Samantha Akkineni has been seen saying ‘I will kill them all’, there will be a war between ‘Rebels And The Spy Agents’ and I seriously cannot wait to see this. She could play the roles of suicide bomber and will fight with high class spy agents. Raji (Samantha Akkineni) fight scenes in trailer will blow your mind, looks like she has done a very hard work! Her addition in the show will bring lots of changes in season 2, a cat and mouse chase between her and Srikant will be worth watching. Raji belongs to a terrorist organisation and she wants to do attacks on Chennai, which means the ending of season 2 will have much more fight scenes than expected. This is my opinion, you should also watch the trailer before it gets viral ^^

Now that the trailer has been released, everyone is wondering about its release date. The Family Man 2 is going to release on the 4th of, June 2021. This announcement has been done officially by the makers. The small clip released on its first anniversary gives us a hint of what is in store this second season.

The Family Man is the original “Amazon Prime” series starring Manoj Bajpai. It has completed one year since its release. Season 2 of the series created by Krishna DK and Raj nidimoru is highly predicted and the writer-director duo takes us into the world of season 2 with a small clip released on its first anniversary.

With this ownership, Amazon likes to send an announcement to its viewers. That the second season of “The Family Man” will arrive soon and fans do not need to worry too much.

“The Family Man” series is truly based on the true story of Srikant Tiwari. Works as a senior analyst in the fictional (TASC)Threat Analysis and Surveillance Cell, which is a part of the (NIA) National Intelligence Agency of India.

As shown in the series he is a married man with two kids, and the first season follows a search of a potential terrorist attack, while simultaneously maintaining his slightly unsettled family life. The series declared in June 2018 and showcased at the Television Critics Association. The Family Man released on prime Video in September 2019. The series has renewed officially announced for 2 more seasons.

Filming for season 2 in fact began in November 2019 and is predicted to be premiered in February 2021.

“The Family Man” is an action-drama and thriller series, which tells the story of a middle-class man who serves for a special cell of the (NIA) National Investigation Agency of India. While he strives to secure the country from terrorists, he also has to protect his own family from the effect of his secret, high-pressure, and low paying job.

Season one of the series contains 10 episodes of running time between 38 to 53 minutes. The Director duo of the series Krishna DK and Raj Nidimoru recently talked about leading daily about what fans can expect from the second season of The Family Man.

Much-loved director duo said that they have been discussing how to go about the story. Director duo said that the foundation will mostly be about Srikant’s life after the Mission Zulfiqar. The Family Man season 2 will also examine deeper his relationship with his wife Suchitra morever An extramarital affair can be seen in the first season.

“The Family Man” has been one of the most spoken web series in India. Which released premiered in the year 2019 moreover The conclusion of the series left a lot of fans hungry for more. One of the widely discussed topics about the show is the survival of Delhi city as a vast gas leak is performed by a terrorist group.

Some fans believe that the city will overcome due to a technical obstacle.

Manoj Bajpai characterized as Srikant Tiwari, Senior Analyst in T.A.S.C will return and as we already saw in the trailer he is going to make a very great comeback. Priyamani layer functioned as Suchitra Iyer Tiwari, Srikant’s wife will also be returning and we will be seeing more of their Tom and Jerry fights season 2. There could be some extramarital affairs too! (just a guess). And Yes, Samantha Akkineni is shown Raji, leader of a terrorist organization who will be fighting with the spy agents.

FAQ From Our Side!

1. How many episodes will The family man season 2 have?

Similar to the first season of the family man, the second will also have a total of 10 episodes running time between 40 to 55 minutes.

According to reports, planned by directors to release in December 2020 this year, but there is no information on that as yet. We have information that the show will be released in the first quarter of 2021. Know the purpose behind this delay. We are confident it will surely excite and thrill the fans further.

According to a source close to the advancement, the makers of The Family Man 2 are planning for a huge simultaneous international release of season 2.Before planned to release The Family Man 2 in December, however, supposing the show’s fan following and craze about show the makers have decided to release it simultaneously in India and abroad as well.

This is the main reason behind the delay in the release of the series. The show is incredibly popular among its fans. In other countries too and show dubbed in many foreign languages. So that it can attain a larger audience, ”.

3. Will Manoj Bajpai Return To The Family Man?

Season 1of the series starring Manoj Bajpai has collected well and soon the makers will release season 2 on the 12th of February 2021.

As per the latest news, the creators of the show ” The family man ” Raj Nidimoru and Krishna DK are presently concerning about Season 3 and are striving to comprehend the plot. That would make sense as well in the post-COVID-19 world that will make the show relevant. Season 3 has been confirmed by the director and producer of the show and that is the reason for the fans to celebrate during this lockdown period.

The Amazon Original Series moreover earned overwhelmingly favorable feedback from viewers in India and all around the world. The first season of the Manoj Bajpai is the most-watched Amazon Original in India till today. Just like the first season. The second one will also be produced by much-loved director duo Raj Nidimoru and Krishna DK.