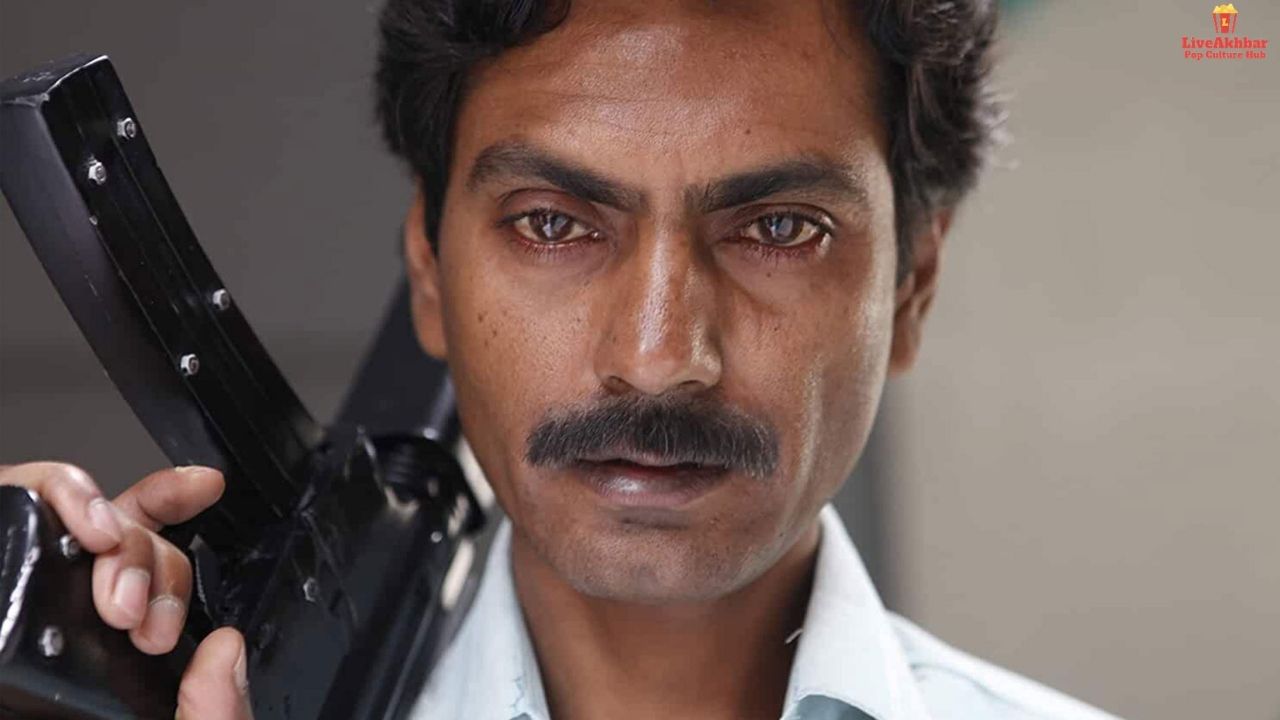 Movie with the totally unknown cast! Can you imagine the success of the movie in which all the theatre actors were cast? But it actually happened a few years ago. Gangs of Wasseypur, yes the most popular gangster movie or the movie that changed or evolved the genre of gangster movies in Bollywood. This Anurag Kashyap’s crime thriller was first released on 22 June 2012. As we know that there are a lot of gangster movies released in Bollywood but this movie is something different with the newcomers. Not only in 2012 but till today viewers are the die heart fan of this two-part movie. Still, we share the meme saying “Beta Tumse Na Ho Payega” is originated from this masterpiece. In this article, we will tell you about some of the movies similar to Gangs of Wasseypur.

Gangs of Wasseypur is a multi-starrer movie including Nawazuddin Siddique, Pankaj Tripathi, Richa Chaddha, Manoj Bajpayee, Tigmanshu Dhulia, Huma Qureshi, Piyush Mishra, and Reema Sen. The movie also has collected a good collection on box office and also praised by the critics. This is all about the Gangs of Wasseypur that you need to know. Bollywood is full of gangster movies, so now coming on to similar movies like this, the list is long, so let’s started.

Can’t imagine Varun Dhawan in the dark role? This movie is proof of his versatility. The movie is an action-packed drama in the Hindi language, in which Varun Dhawan has seen in the dark positive role for the first time. Badlapur is based on the novel, Death’s Dark Abyss, written by Italian writer Massimo Carlotto. The story is about a husband’s revenge for killing his wife and son. This entertaining piece has collected approx Rs. 813 million worldwide as it was a big hit on the box office.

2. Once Upon A Time In Mumbaai

Another gangster film, Once Upon A Time In Mumbaai produced by Ekta Kapoor under the production house Balaji Motion Pictures. The movie is based on the lifestyle of Haji Mastan and Dawood Ibrahim, Mumbai underworld gangsters. This entertaining story was one of the biggest hits of 2010 by earning approx Rs. 85 crores against the budget of Rs. 38 crores. Along with the audience, this film was also praised by the critics with positive reviews. The sequel of this movie was also released in 2013 with Akshay Kumar in the lead role but that was not as successful as part 1 was.

READ MORE | 10 Shows Like Little Things You should Really Not Miss!

Omkara is based on the drama, Othello written by William Shakespeare. This is a crime, thriller, and action drama but if we talk about its music that is especially something amazing. The movie is co-written, directed, and music composed by Vishal Bhardwaj. Omkara is the second movie of Vishal’s Shakespeare adaptations. After 2004’s Maqbool and before 2014’s Haider, Omkara is something in between both of them. The film was also showcased in the 2006 Cannes Film Festival along with the book based on the making of Omkara.

As we talked about Omkara, the second movie of Vishal Bhardwaj’s trilogy inspired by the dramas of Shakespeare. This is the first movie of the trilogy released in 2004 in India and 2003 at the Toronto International Film Festival. The plot of the film follows the story of the Mumbai underworld don Jahangir Khan (Pankaj Kapoor) and his right-hand man Miyan Maqbool (Irfan Khan), who is in love affair with Jahangir’s wife Nimmi (Tabu). Maqbool is based on Shakespeare’s drama Macbeth. The movie was hugely acclaimed by the critics and on the International platform but did not do well at the box office.

Any Nana Patekar’ fans? Tigmanshu Dhulia directed Shagird was released in 2011. This action thriller drama was not performed well commercially but it was critically praised. Shagird follows the story of the bitter relation between the gangster and the CBI officer. The plot of Shagird is about corruption, crime, and politics. Still, this movie holds great ratings on various platforms.

Remember the legendary Amitabh Bachchan? But no, this is not that Agneepath starring Amitabh Bachchan. This Agneepath is the remake of the Agneepath (1990) and was produced under the banner of Dharma Productions. In this Agneepath, Hrithik Roshan played the lead role with the villain played by Sanjay Dutt. This is the story of a common man Vijay Deenanath Chauhan (Hrithik Roshan) who wanted to take revenge on Kancha Cheena (Sanjay Dutt). Kancha Cheena was responsible for wrongly framing Vijay’s father and for murdering him. In the process of killing Kancha Vijay befriends Rauf Lala (Rishi Kapoor), the biggest name in the underworld for drug distribution, and fell in love with Kaali Gawde (Priyanka Chopra).

READ MORE | These 11 Shows Like Panchayat Are A Must Watch For You!

Satya is an Indian Hindi language movie released in 1998 based on the crime genre. The film is produced and directed by Ram Gopal Verma and written by Saurabh Shukla along with Anurag Kashyap. Like Vishal Bhardwaj Verma has also organized a gangster trilogy and it was the first movie of the Ram Gopal Verma trilogy about Organised Crime In India. Satya follows the story of a migrant man, Satya (J.D. Chakravarthy) who comes to Mumbai searching for a job but befriended Bhiku Mhatre (Manoj Bajpayee) and involved in the Mumbai underworld.

Jump on to the Hollywood section of gangster movies. The Godfather is the story from the span of 1945 to 1955, under the patriarch Vito Corleone, this is the story of the transformation of Michael Corleone, the youngest son, from the unwilling family outsider to the ruthless underworld don. The Godfather is a trilogy of three movies and it was the first part of the trilogy. This 1972 movie was the huge hit of that time even today, the audience has the huge charm of the movie.

The Departed is an American movie released in 2006 and written by William Monahan. The film is the remake of the Hong Kong film Internal Affairs in 2002 and it is also based on the real-life Winter Hill Gang, Boston. In this movie, Colin Sullivan is the FBI officer based on John Connolly, Frank Costello is the gangster based on the Irish- American Whitey Bulger gangster. Like all the gangster movies this movie also has a bitter relation between the police and the gangster. The film was praised by the critics as well as commercially successful.

Another Martin Scorsese’s hit, Goodfellas. This is a biographical crime drama written by Nicholas Pileggi along with Scorsese. Goodfellas based on the non-fiction book Wiseguy in 1985 by Pileggi. The movie is based on the life of an American mobster Henry Hill. It narrates the rise and fall in his personal life (family and friends) from 1955 to 1980. Goodfellas is praised as one of the greatest films ever made in the crime or gangster genre. You can watch it on Netflix.

We cannot say that it is the crime thriller but yes, it is a political thriller drama. The film is directed, produced, and written by Prakash Jha. The story of the film draws parallels to the story of Mahabharata in which the shades of the characters are similar to the characters of Mahabharata. Like Arjun (Ranbir Kapoor), Karna (Ajay Devgan), Krishna (Nana Patekar), Duryodhana (Manoj Bajpayee), Bheem (Arjun Rampal), and Draupadi (Katrina Kaif). The names of these characters are different, Ranbir Kapoor as Samar Pratap, Ajay Devgan as Suraj Kumar, Nana Patekar as Brij Gopal. Katrina Kaif as Indu Pratap, Arjun Rampal as Prithviraj Pratap, and Manoj Bajpayee as Veerendra Pratap.

Don 2 (originally Don: The King Is Back) is a 2011 Indian movie full of action and crime drama. The movie is co-produced by Farhan Akhtar along with Excel Entertainment and Red Chillies Entertainment. Don 2 is the sequel or the second installment of Don (2006). It was released in 2D and 3D formats and also dubbed in Tamil and Telugu languages. This is the continuation of the previous story of Don where Don (Shahrukh Khan) planned to take over European drug cartels. Meantime, Roma (Priyanka Chopra) joined International Criminal Police Organisation (INTERPOL) to arrest or kill him. 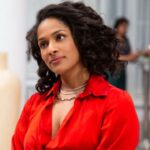 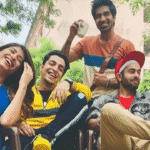