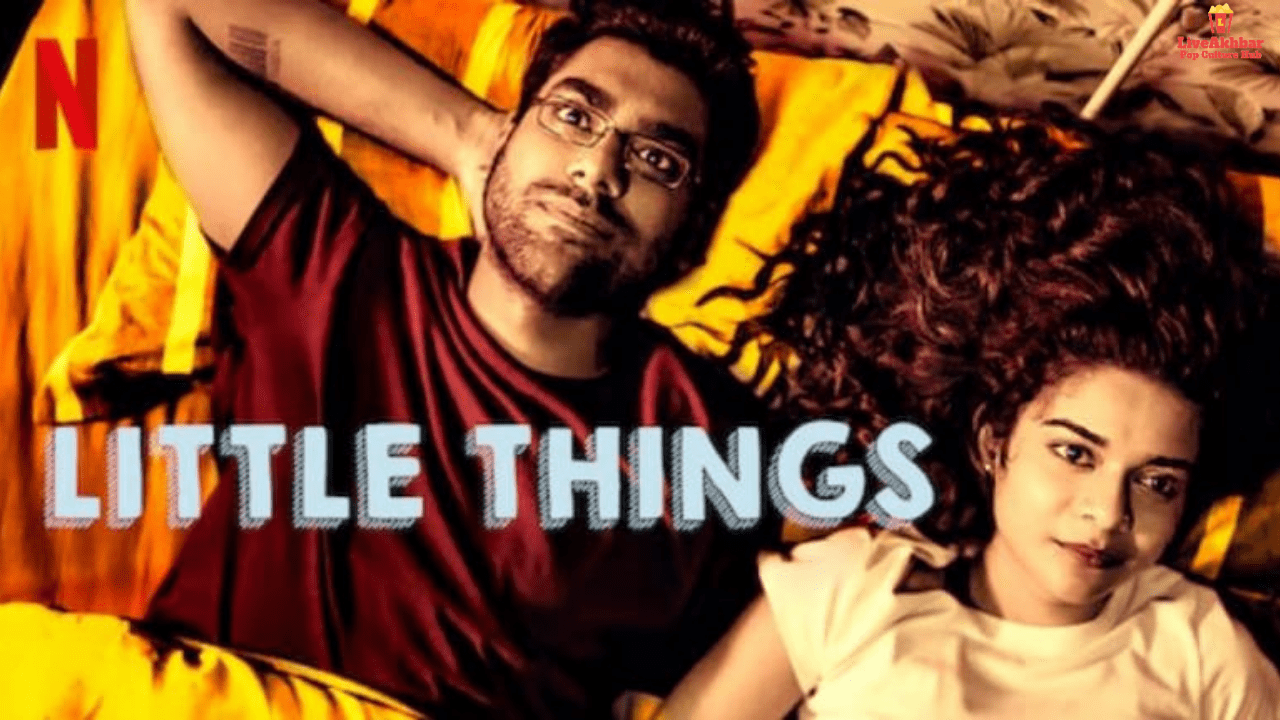 Little Things is one of the most loved web series amongst the youth. It is a drama romance-based series. Created by Dhruv Sehgal the show Starrs Dhruv Sehgal as Dhruv Vats and Mithila Palkar as Kavya Kulkarni in the lead role. The show has 3 seasons consisting of 21 Episodes. The plot follows the love story of the couple Dhruv and Kavya. Who lives in Mumbai in a live-in relationship. The story explores what challenges they face, how they solve their personal as well as their love life problems, How they will together face their ups and downs in their relationship, that is the story all about. After Little Things, the show gained great popularity. Now, the fans are wondering about some shows like Little Things to binge-watch. We have compiled a list of shows like Little Things that you will love watching in this article.

Flames is a comedy, drama, romance-based show. It was released on 5 January 2018. Directed by Apoorva Singh Karki, the show starrs Tanya Maniktala as Ishita, Ritvik Shahore as Rajat in the lead role. Shivam Kakar as Gaurav Pandey and Sunakshi Grover as Anushka.

The story revolves around the young teenage innocent love stories. Ishita and Rajat fall in love with how they manage their love life. To know the full story of what will happen, how they will manage? you should must-watch Flames.

Must Read || Flames Season 3 Release Date To Come This Year!

It is a drama, romance web series. It was released on 25 April 2019 on ALT Balaji.
Created by Ekta Kapoor and Directed by Nandita Mehra and Written by Aayush Agrawal, the show starrs Sharman Joshi as Anuj Mehta , Asha Negi as Gauravi Karmakar Mehta in the lead role.

It has two seasons, which consists of 40 episodes. Running timing 23 minutesIf I tell you the story, it revolves around Anuj who is a businessman and Gauravi. The story is all about arranged marriage. Anuj and Gauravi family set them up in an arranged marriage but gradually they both fall in love with each other. The show is Produced by Bhairavi Raichura and Nandita Mehra.

It is a comedy, drama, romance-based show. It was released on 29 November 2019 on MX player. Directed by Palash Vaswani and Starring Akansha Thakur as Sameera and Jitendra Kumar Neel in the lead role, the show is really worth watching.

It has 5 episodes. Running timing for each episode is 32 minutes approx. The story revolves around Sameera and Neel, a married couple. Now, they both don’t want to live with each other. After three years of marriage, they are finally bored. To make their life interesting and exciting they try to do different things. The story involves one more important character Cheesecake (dog). The story will tell how the entry of Cheesecake will change their life and will he will able to save their marriage?

It is a comedy, drama, romance-based show. It was released on 31st October 2014 on TVF Play and YouTube. Written by Biswapati Sarkar and Directed by Sameera Saxena, the show Starrs Sumeet Vyas as Mikesh Chaudhary, Nidhi Singh as Tanya Nagpal.

Season 1 consists of 5 episodes. Running timing for each episode is 30- 60 minutes.

The story revolves around Mikesh and Tanya both are involved in a long-distance relationship with each other. Mikesh is in the United States. When he returned from the US he asks Tanya for marriage, but Tanya is confused. And finally in episode 5, we get to know that she is not ready for marriage and decided to move on.

Must Read || Shows Like TVF Aspirants That You Must Binge-Watch!

It is an Australian drama, romance, comedy web series. It was released on 2 February 2004. Directed by Robert Klenner and Starring Abi Tucker as Bea, Teo Gebert as Joe, Nathaniel Dean, Simon Boswell, Season one consists of 4 episodes. The running timing for each episode is 30 minutes.

Talking about the story, it revolves around the four stories of online dating. You will see whether online dating is good or not. You Must watch love bytes.

is a drama, comedy series. It was released on 6 September 2016. Directed by Sigil Srivastava and Amrit Pal Singh and Starring Sunny Kaushal as Spandhan chukya, The story revolves around the man Spandhan. He moves from Meerut to Mumbai for pursuing his career. When he went to Mumbai he saw that life is not that much easy as he has thought earlier.

It is a Comedy, drama series. It was released on 29 September, 2015. Directed by Vikram Gupta and Starring Gaurav Pandey as Kiran in the lead role, the story revolves around Kiran who believes that the world differentiates between boys and girls, men and women.

The world always favors women. He thought what will happen if we interchange our gender. What will happen now? How Kiran will manage if her gender is changed. To know the full story you must watch Men’s world.

It is a drama, comedy web series. It was released on 5 June 2016 on YouTube.
Directed by Vivek Krishna and Written by Bhargav Prasad. The story starrs Shyam Renganatham as Shyam in the lead role.
Season 1 consists of 8 episodes. Running timing is 30 minutes approx.

Talking about the story, it revolves around Shyam is unable to complete his studies and wanted to become a comedian. But his father was not satisfied with his decision.

It is a comedy, drama series. It was released on 25 January 2019 on Amazon video. Written by Devika Bhagat. Directed by Anu Menon. The story starrs Sayani Gupta as Damini, Bani Jas as Umang, Kirti kulhari as Anjana, Maanvi Gaagro as Sidhi.

It has two seasons consists of 20 episodes. Running timing is 35 minutes.

The story revolves around the women who are showing the condition of the women these days. But they all are ambitious about their career and never Sacrifices their happiness for society. It gives the message of how society is dominating women.

It is a comedy, drama series. It was released on 28 August 2916. Written by Akarsh Khurana and Directed by Rajesh Krushna. Starring Sumeet vyas, Maanvi Gaagro,and Amol Parashar.

It has two seasons consists of 20 episodes. Running timing is 30 minutes.Talking about the story, it revolves around road trip. The trip was unplanned by the three siblings and they all discovered many things about themselves. They all have some of the other problems in their lives. How this trip will help them to forget all the problems and live a happy life. Will the trip will be helpful? You can know it after watching the show.