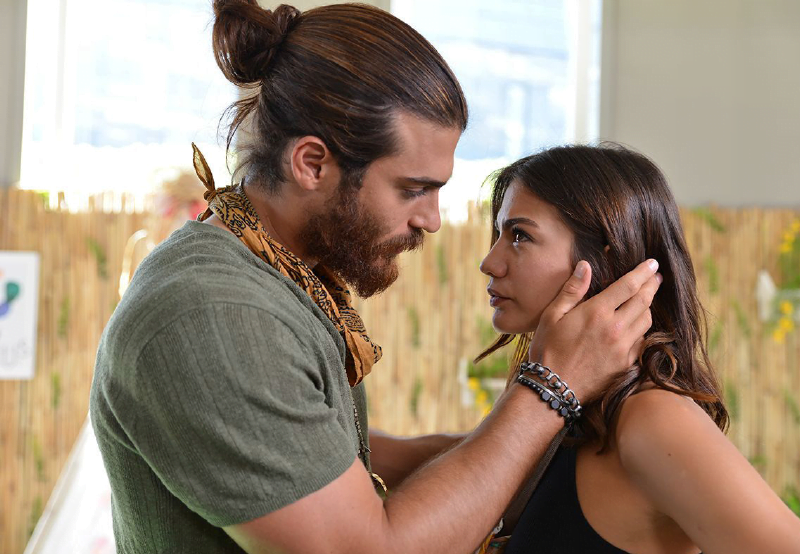 Day Dreamer streaming on OTT platform, MX player is available in different languages is originally a Turkish web show. The show was initially Released in 2018 and is also available in Hindi on MX player. The first season of the show was definitely loved by the audience that they are already Wondering for the second season of Day Dreamer. Many updates regarding the show have been revealed. Can Yaman and Demet Ozdemir be the main lead of the show? This romantic comedy show has already Released its first season and is a 51-part series. Directed by Cagri Bayrak the show was originally released on the Star TV network. Day Dreamer Season 2 Release Date can be expected soon as it was loved immensely by the audience.

The story of the show revolves around a young woman, Sanem who aspires to be a writer and live in the Galapagos Islands. Like daily, she helps her father in his grocery store when one day she was forced to choose between getting a job and marrying their neighbor’s son Muzaffer by her parents. Then Sanem finds a job. She is now working at Fikri Harika which is one of the leading advertising agencies in Turkey. Leyla is older who is an executive assistant in the same firm. Aziz is the owner of the company and he has two sons, Can and Emre. Emre really wants to take over the business of his father but Aziz doesn’t think that way. He thinks Can is a much better option for taking over his business and therefore he makes him the manager of the agency.

Can have everything his father wants for running a business but despite that Can is much interested in photography and takes pictures in remote parts of the city. But he is forced to take over the business when he came to know about his father’s health conditions. His father also tells him to find what’s the hole in the business that’s making their secrets revealed to their competiting companies, Aylin. Emre is the actual spy here and he really doesn’t like the idea of his brother taking over the business and therefore he makes a plan so that Can gets fail.

When a party at an opera was going on the occasion of Companie’s 40th anniversary, Sanem gets in face to face with Can for the very First time and that’s that! Can thinks the girl standing in front of him is his ex-girlfriend Polen and therefore he kisses her. And now Sanem is in love with a stranger who just kissed her. Emre tells Sanem that Can is just trying to increase the company’s brand value to sell it in the future. Very soon, Can also fell in love with Sanem and realized she was the only girl he kissed in the opera that day. And then their never-ending love story began!

MUST-READ| Secret City Season 3 Release Date Out! Will It Return?

The Release Date of season 2 of Day Dreamer has not been officially announced yet and therefore it has no release date yet. According to some sources, earlier it was supposed to Release in late 2020 or early 2021 but due to the ongoing covid pandemic, the situation has changed. Pandemic has lead to many shows being delayed due to delay in production and government covid protocols all over the world. As the production and shooting have resumed again there are chances for the show to premiere in late 2021 or early 2022.

There’s no official announcement made yet regarding the cast of the show. But these characters can really make a comeback in the show again for season 2. The two main leads of the show Can Yaman as Can Divit and Demet Özdemir as Sanem Aydın Divit will surely return for season two.