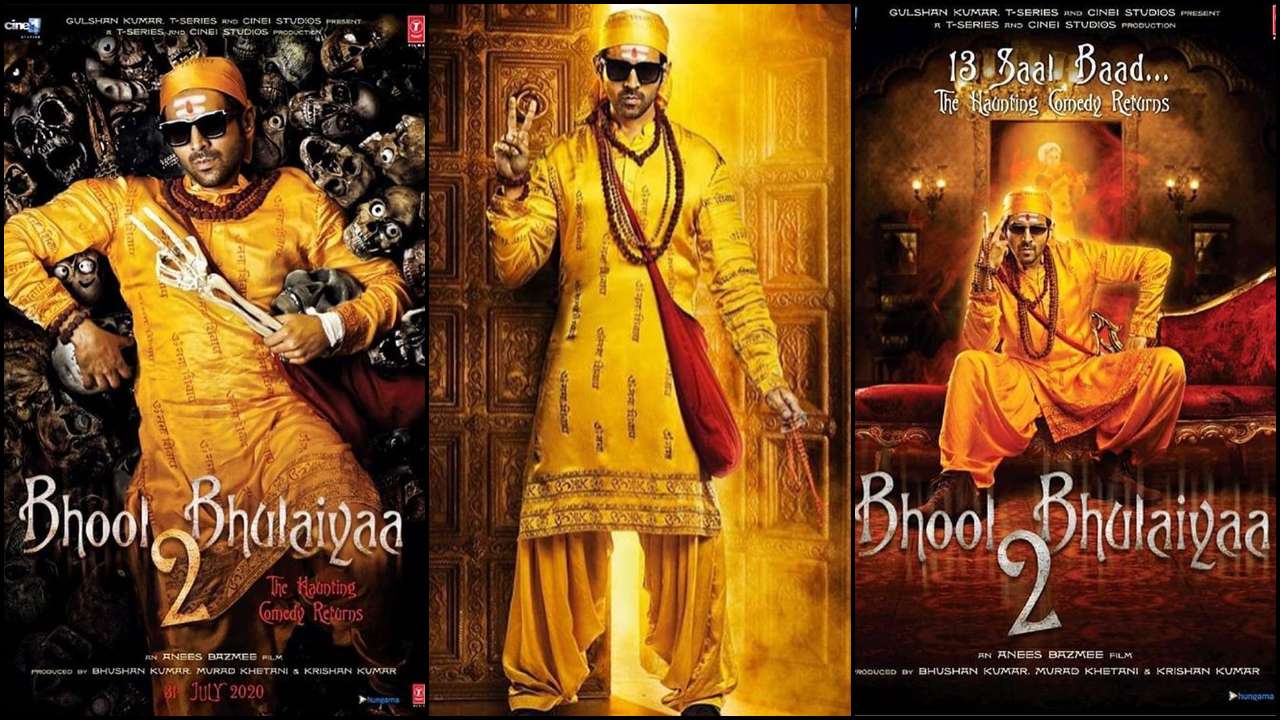 Bhool Bhulaiyaa is a movie, completed in the direction of Priyadarshan. It is an Indian horror-comedy, Hindi language movie released in 2007. This movie was the remake of 1993’s Malayalam film, Manichitrathazhu. In 2007 Bhool Bhulaiyaa got good reviews from critics. And it was the huge commercial success of 2007. Even now this movie has a huge fan base. And fans do watch Bhool Bhulaiyaa again and again. So, the makers decided to make its sequel, which is Bhool Bhulaiyaa 2. Here, in this article, we will tell you about Bhool Bhulaiyaa 2 release date, cast, and trailer.

In Bhool Bhulaiya 2 some popular and well-known faces will see. Bhool Bhulaiyaa 2 features Kartik Aryan in the role of Dr. Sunny Bose, with his leading lady Kiara Advani as Veenita Tripathi, and the lead actors then joined by Tabu as Sagarika Majumdar/ Kareena. Along with them, there is Rajpal Yadav and Govind Namdev in the supporting roles.

If we talk about its crew members, so they are as follow: This movie is directed by Anees Bazmee, and produced by Bhushan Kumar, Kishan Kumar, and Murad Khetani. The writers for this movie are Aakash Kaushik and Farhad Samji. Along with them the story writer and cinematographer are Anees Bazmee and Santosh Thundiyil respectively. Production Banners are Cine 1 Studios and T-Series.

So, this was the final cast of Bhool Bhulaiyaa 2. This is the totally changed cast from part 1. Only Rajpal Yadav is the actor who will go to perform in this part also earlier he had done the character of Chhote Pandit in Bhool Bhulaiyaa.

The first part of Bhool Bhulaiyaa was released in 2007 and is now the huge gap for the second part. Now Bhool Bhulaiyaa 2 is coming back to hit the screens after13 years. Previously this horror-comedy was planned to release on an earlier date but due to the coronavirus pandemic, the production of the movie stopped last year.

So, according to the post on Twitter from the T- Series official account, the release date of Bhool Bhulaiyaa 2 is 19 November 2021. You can see the poster of the movie and Kartik Aryan along with the producers Bhushan Kumar, Murad Khetani, and Kishan Kumar below. The big news for the fans is that Bhool Bhulaiyaa 2 will be going to release in theatres and cinema halls. So, be ready to be laughed with the little salt of horror.

In Bhool Bhulaiyaa there is a Brahmin family headed by Badrinath Chaturvedi. And their ancestral house in Rajasthan is supposed to be haunted by Manjulika, the ghost. Manjulika was a Bengali classical dancer. Siddharth Chaturvedi (Shiney Ahuja), the son of Badrinath’s elder brother and Siddharth’s wife Avni (Vidya Balan) returned from the USA and decided to stay in their ancestral house. There was also Siddharth’s love interest Radha played by Ameesha Patel, Badrinath’s adopted daughter, who left her heartbroken after Siddharth’s marriage to Avni. But she recovered and Siddharth was crowned as the king to the throne.

Then later in the house, some unique and suspicious things were begun to happen. And all the family members started doubting Radha for all this mess up. Then Siddharth called his psychiatrist friend, Dr. Aditya Shrivastav (Akshay Kumar) from New York. He was called there to check and give treatment to Radha.

There were many comical aspects once Aditya reached the palace. But at the end of the movie, he succeeded in identifying that the problem is not with Radha, the actual problem is with Avni. Avni’s body was actually captured by the soul of Manjulika for taking revenge on Raja Vibhuti Narayan (showed in Siddharth). But Aditya healed Avni and sought everything at the end.

The story of Bhool Bhulaiyaa 2 will actually the new one. And maybe it will be a completely different concept. But as the characters of the story are the same irrespective of their names, it shows that maybe the plot would be the same but the story would be different. To know the story and plot of Bhool Bhulaiyaa 2 you have to wait till the teaser has come or the movie has been released on 19 November 2021.