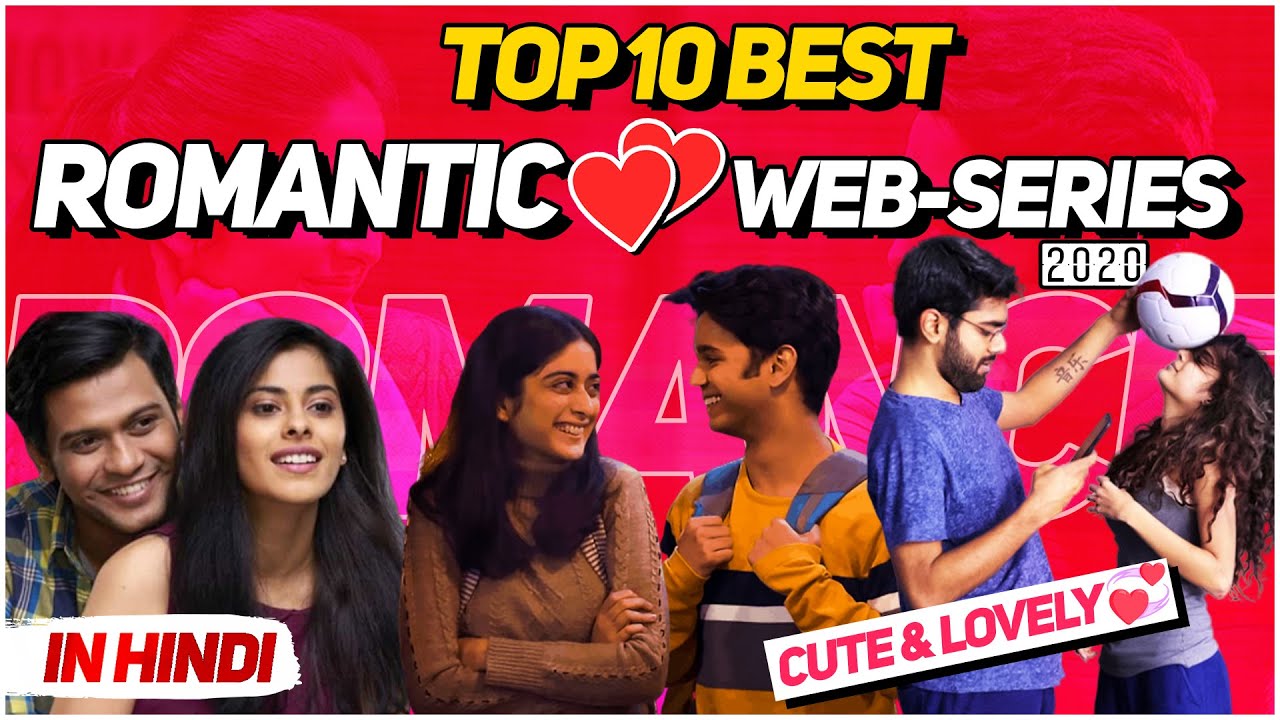 During the pandemic, we all missed going to theatres badly. We got to know the power of entertainment during the quarantine period. We were not able to go to the theatres but still, the entertainment television has not stopped entertaining us. OTT platforms made it easy for us to watch all our favorite web series, shows, movies, in some clicks and that too, just by sitting at home. The situation of Covid is still not much better. Although theaters are fully operational now, still going there is not safe. If you want to watch something romantic with your love mate, but don’t want to step out from home, then you should definitely check out these best Hindi romantic web series.

It’s time to witness love. Spend some quality time with your love mate by your side and binge-watch these web series comfortably at your home. Stay home, stay safe, and also most importantly, avoid crowded places as much as you can.

Mismatched is a romantic Indian web series that stars Prajakta Koli as Dimple and Rohit Saraf as Rishi. Dimple is an ambitious modern young girl who aspires to become an entrepreneur and wants to build her own app. Rishi, on the other hand, is old-fashioned at heart and is encouraged by his grandfather and grandmother’s unconditional love who are married for over 50 years. Rishi sees Dimple’s photo on a matchmaking site and sets his heart on Dimple. He enrolls in an app development course in Jaipur to know more about her. The spark between this “Mismatched” and unexpected pair is worth watching and you will love it for sure.

Permanent Roommates is the story of a couple who have been in a long-distance relationship for about three years. The series stars Nidhi Singh(Tanya), and Sumeet Vyas(Mikesh). Mikesh returns to India from the US to surprise his girlfriend Tanya and proposes to her for marriage. Tanya refuses the proposal because of her roommate’s advice and it is her own decision also. She doesn’t want to marry a person who barely knows her. But then many circumstances arise that lead them to plan their wedding.

Watch it on TVFPlay.

Little Things is a romantic comedy web series that revolves around an unmarried young couple who are in their mid-twenties and living together in Mumbai. It is all about the sweet little things that a couple face in their daily lives. A Math Ph.D. researcher, Dhruv, and a sales representative, Kavya share sparkling chemistry. Everyday moments of their life are picturized so beautifully that the audience couldn’t take their eyes off.

Cheesecake is a web series that is all about a married couple Neel and Sameera. They have been married for three years and now they are bored with each other. They feel lonely and people start giving them different advice to overcome their loneliness. One day a dog named Cheesecake enters their life. Sameera brings him home with her and many changes come into their life with Cheescake’s entry.

Watch it on MX Player.

Flames is an Indian romantic series starring Ritvik Sahore, Sunakshi Grover, Tanya Maniktala, and Shivam Kakar in lead roles. It is a teenage romantic story about two coaching students Ishita and Rajat. Teenage is that age where we face a lot of emotions happening within us. This series tells us about childhood first love that most people face in their teenage.

Watch it on MX Player.

Baarish is the story of two lovers Gauravi (Asha Negi) and Anuj (Sharman Joshi) who meet each other in Mumbai during the rainy season. They both have many common things and despite the rich-poverty angle, they both marry. Due to some misunderstanding, they have to separate. This love story will bring you the coolness that raindrops bring to your mind and you will surely love it.

Watch it on ALT Balaji.

Bandish Bandits is a web series that focuses on Indian classical music and brings back its importance. The story is all about Radhe (Ritwik Bhowmik) who is the musical inheritor and the future shining star of Jaipur’s Rathod Gharana. He is the grandson of Pandit Radhemohan Rathod (Naseeruddin Shah) who is his patriarch and Radhe is devoted to music. It is a ritual in Indian classical music, that the guru accepts officially someone as his disciple. Radhe’s father and uncle do not live up to all the requirements of accomplishment and dedication that could make them eligible. After a phase full of torture, Radhe gets elevated to this status. This series also has a love angle. Radhe meets a pop star, Tamanna (Shreya Chaudhary). How their contrasting music and personalities act, is exciting to see.

Watch it on Amazon Prime.

College Romance is the story of three best friends Trippy, Karan, and Naira who study in the same college. The series is all about how they fall in love and we will get to see their full of comedy love stories. Some coolest one-liners are used and this series captures the essence of college life. All the friends are seen sitting in the canteen, either enjoying or smoking, which basically sums up college life.

Firsts is a web series that is a blend of friendship and romance and has more focus on school romance. Nayana Shyam is the director of this web series and Pranav Tonsekar is the writer. It stars Viraj Ghelani, Urvi Singh, Rohan Shah, and Apoorva Arora in the lead roles. The memories of our firsts like first love, crush, kiss, can never leave us. The first installment of this web series explores the same things.

Despite of being an old-school love story, Karrle Tu Bhi Mohabbat doesn’t look old at all. It is a Hindi web series that stars the most popular TV couple Ram Kapoor and Sakshi Tanwar. Ekta Kapoor is the creator and producer of this web series. It is all about two opposite people who fall in love with each other. Ram Kapoor plays the role of a popular actor Karan Khanna who is addicted to alcohol. He is a divorcee who has lost his superstardom and is struggling to earn his living by doing B-Grade advertisements. On the other hand, Sakshi is playing the role of a 34-year-old Dr. Tripura Sundari Nagarajan working in a rehab center. Karan meets Tripura to get rid of his alcohol addiction and then their love story starts.

Watch it on Zee5.

MUST READ – Is Bombay Begums A True Story? The answer might be shocking!