Plot: What do we get to see in Season 3?

Before moving to the plot of season 3 let’s get a quick recap of what happened in Season 1 and Season 2.

Season 1: the Season 1 of Broken but Beautiful is the story of romance, heartbreaking, and love. It is the story of two individual people who lost their love. It is the story of Veer and Sameera. Veer lost Alina, his beloved wife in a road accident 3 years ago. As the years passed by he couldn’t forget his wife and starts hallucinating. Ishanvi, Alina’s sister, and her husband Adil try to console him but it is of no use. Then Sameera comes into his life by chance. Veer has to buy the flat of his cousin Kartik. Kartik broke up with his girlfriend Sameera and start dating Ananya. Sameera unable to cope with it starts stalking Kartik everywhere. Since Veer bought the house and needs Sameera’s signature on the sale paper, Sameera asked Veer to let her talk to Kartik for one last time.

That’s how they plan to jealous Kartik pretending that they are now together and the story revolved around the bonding relationship between the two.

Season 2: Season 2 continues with the story of Veer and Sameera. Veer meets Debbie and Sameera met Ahan. Both decided to marry respectively. Then the show revolves around the realization of both towards each other.

Season 3: Season 3 will be the story of the new individual Agasthya and Rumi. It will be all-new series of heartwarming love-filled stories. In a teaser, it says that it will be more powerful than fall out of love than fall in love.

It will break the heart of many netizens as we will not see Vikrant Massey and Harleen Sethi in the third season. We have to bid adieu to our favorites who entertained us with their charming acting and give a wonderful story in the previous two seasons.

In the teaser video released by ALTBalaji, we can see intense chemistry between two characters. It stars Sidharth Shukla and Sonia Rathee as the main protagonist.

As of now, no trailer is out now but ALTBalaji just releases a 58-second teaser of Season 3. The teaser mentioned that what we want is not what we need.

Also, watch the trailers of Season 1and 2

To watch  Season 1 and Season 2 download AltBalaji or Zee5.

No official information regarding the release date has been revealed by the production yet. But as the shooting of the show has already started there are chances that it could release by the end of 2021 or in starting of 2022. 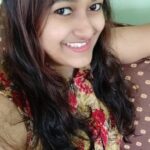