After Success Of Scam 1992, Scam Season 2 Back In The Game 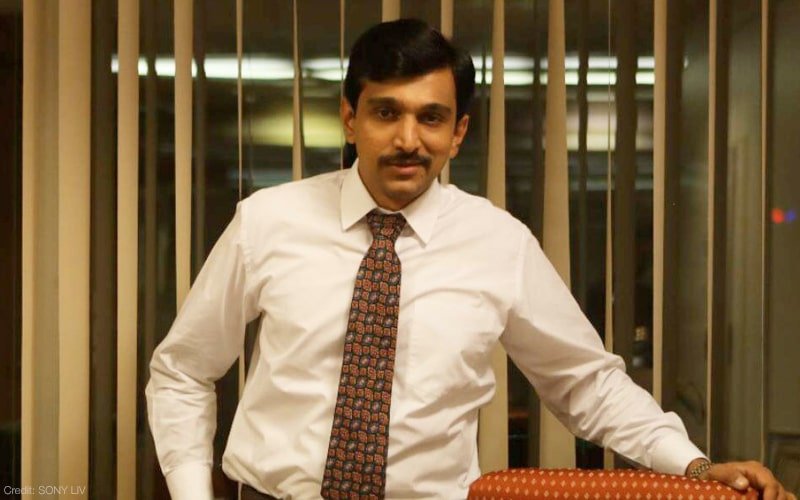 Scam Season 2 Release Date: With the success of Scam 1992: The Story of Harshad Mehta, Applause Entertainment declared that the corporation is established to start a second season in the outstanding franchise, which carries forward the 2003 stamp paper scam story by Abdul Karan Telgi. Similar to the scam 1992, which is presently streaming on SonyLIV, also new chapter will be released on the digital platform. Hansal Mehta National Award winner will be back to direct the season second.

Title scam 2003: The Curious Case of Abdul Karim Telgi, the show will be modified from the Hindi book reporter diary written by Sanjay Singh the news reporter and journalist, who is associated with breaking the scam story of the time.

The next series confirms to be an interesting watch because it shows the Telgi life, born in Khanapur (Karnataka), and her way to serving as the mastermind behind one of the country’s truest scams circulate across several states. It is calculated that the scam significance was around scam 20,000 crores. Marathi films famous writer Kiran Yadnyopavit has been roped in to create and write the story along with Sanjay Singh. The shot will start this year later.

The first season of Scam made the production earn gold by premiering their content on Indian market with a very different storyline. The first season basically ended with showing all the life aspects and every important story of Harshad Mehta. So, it will now be totally unnecessary to drag the plot with no specific storyline. Therefore the question remains what could be the plot of Scam 2003 that is Scam Season 2?

It is assumed that the season 2 of the series could possibly be an anthology series. It means that it will cover s series of episodes which reveals the real life scam happened in India in past. Every fan of the series is possibly aware that the story of Scam 1992 was taken from a book titled “The Scam: Who Won, who Lost, who Got Away” written by Sucheta Dalal and her husband Debasish Basu. After her book got successful she also worked on other scams happened in India. The most popular one after Harshad Mehta was  2001 Ketan Parekh Scam.

Therefore there are chances that the second story could be based on Ketan Parekh 2001 Scam.

Who is Ketan Parekh in Scam 1992 Series?

The story of Ketan Parekh Scam could be very interesting if converted into a series. He was basically a stockbroker who used some kind of artificial intelligence to hike the prices of some company’s shares. They were referred to as K-10 stocks. About ₹40000 crores were involved in this scam.

There’s still a question on everybody’s mind, why we think Ketan Parekh’s scam could be the next plot of the series? It’s because he’s totally equal to the big bull, Harshad Mehta. There are great chances if this scam story again gets successful then they can cover various other real-life scams like IDBI scams, Satyam scams, National spot exchange scams, and other notable scams that happened in past years.

Pratik Gandhi, Vishesh Bansal, Hemant Kher, Anjali Barot, Shreya Dhanwanthary, Ramakant Dayma, Kumkum Das, Jay Upadhyay, and Kartik Krishnan are the expected cast of the second season of Scam. As they all be part of the first season of Scam. As they were the cast for season 1, it’s possible they can act in season 2 as well. No recent official information has yet been provided by the production about the cast.

With the start of Scam 1992 that is reached, to great success, and a few months later the most popular and successful web series is back with its second season. Soon, its next season is going to be released. No official notification regarding the series release date has been announced yet, soon it will be announced.

Scam Season 2 Release Date has not been announced yet.

Many of us are expecting the series to release next year but again due to restrictions in shooting due to the covid pandemic, it will be pretty difficult to do the fast shooting. Delays in shooting can really make the series extend. We just have to wait till we get official updates.

Currently, no official information regarding the trailer or teaser of the show has been given. According to some sources we can see the teaser of the second season in late 2021.

You can always binge watch the first season if you haven’t yet.

What Hansal Mehta said about the direction of The Telgi Story?

After Scam 1992, I am pleased to return with the finding of the second fascinating story of a great success. The second season of this franchise is will show the intriguing story that shook the nation some. Years ago – stamp paper scam. I look forward to again working together with team StudioNEXT, Applause, and SonyLIV, who think encourage and alike valuable thought.

The team is viewing the Telgi story. Scam 1992 has supported the creation of a strong establishment for the ‘Scam’ franchise, where we try to tell stories about the several scams our nation has noticed, the people behind it, their intrigue, and motivations.

The success of ‘Scam 1992’ supported our belief in the audience’s interest in such stories. We are excited to disclose ‘The Telgi Story’ as the second season. Nair said that there are some great possibilities in this story, which we can please once again with our partner SonyLIV, StudioNEXT, and Hansal Mehta in taking ahead this franchise. Applause Entertainment collaborates with StudioNEXT to produce the Scam 2003.

Scam 1992 success – Harshad Mehta Story is a great case for knowing the recent dynamics of the Indian OTT location. It becomes the Indian best-reviewed series. It is a 10-part series, which started streaming on 9 October 2020 on Sony Liv, has reportedly increased the subscription base of the OTT platform, besides providing it a spot under the sun along with other big players in the market.

Different from a release on theater, where box-office selling of tickets is the define the parameter of the success, we can’t calculate the “success” of a series but there is clearness about the show’s viewership.

Binge watch the first season by a single click.