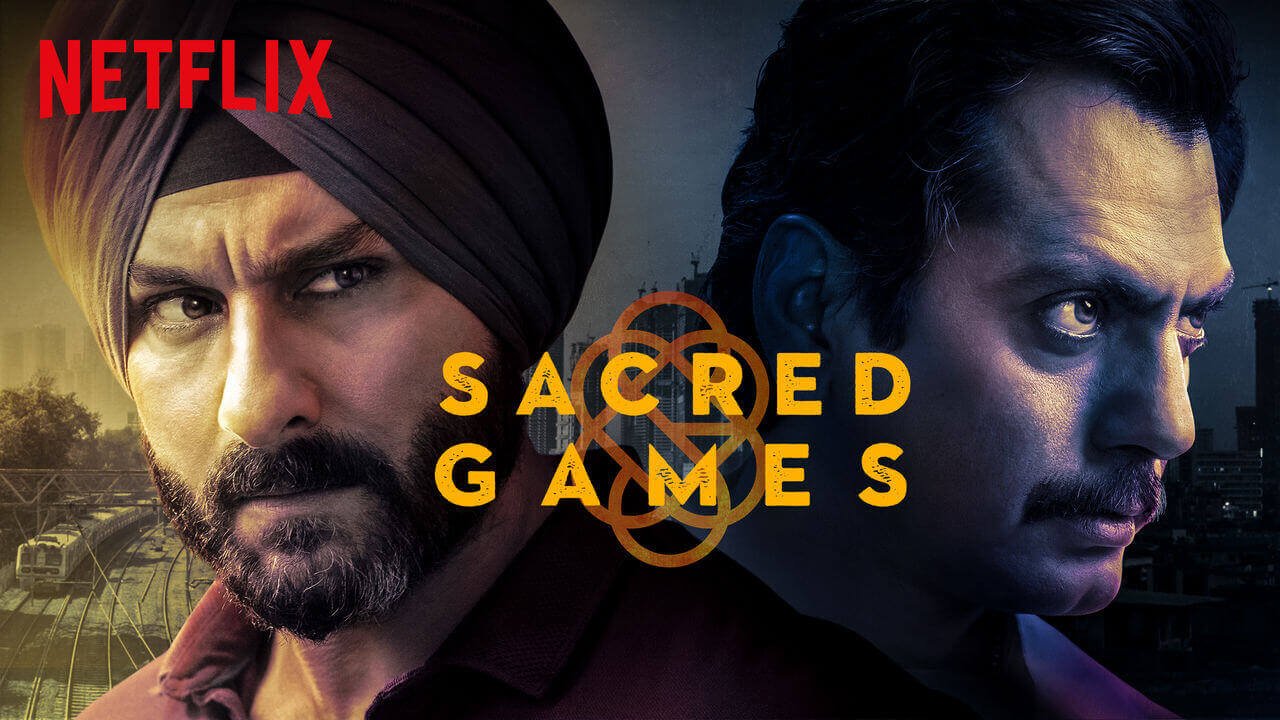 After the immense success of both the seasons of Sacred Games, this series became one of the most popular Indian web series that achieved widespread acknowledgement. After the end of the second season, fans are in hope for the next one. Undoubtedly, coronavirus has affected the entertainment industry to the worst, and therefore, season 3 of the series has likely faced a delay. Till now, Sacred Games Season 3 is going through a phase of uncertainty, and at the moment, fans are crowded with many questions. So, here we are to answer all those that include the release date as well as the detail about the trailer and plot.

Season 2 marked its end with a cliffhanger that left behind many questions for the fans to judge. The second season of Sacred Games dropped on 15th August 2019 on Netflix, consisting of 8 episodes. Despite gaining much popularity, Sacred Games is unlikely to make a bang as season 3. However, there was news that it would surely be out, but there has been no confirmation from the side of makers till now. According to some sources, the coronavirus pandemic affected the filming of the third season and therefore, fans now need to wait longer for it to be released once it gets confirmed.

Is There a Trailer for Season 3?

No trailer is available for Sacred Games season 3. Until Netflix announces it officially, there is a little wait until the teaser pops out online. So, for now, enjoy binge-watching both seasons, in case you haven’t.

The Cast of Sacred Games Season 3

In case the film gets a green light then, it is pretty sure to have Saif Ali Khan as Inspector Sartaj Singh, Nawazuddin Siddiqui as Ganesh Gaitonde, Radhika Apte as Anjali Mathur, Kalki Koechlin as Batya Abelman and, Ranvir Shorey as Shahid Khan. In addition to this, there are many characters who appeared in a recurring role in both seasons. Actors who did these roles include Sunny Pawar, Jatin Sarna, Neeraj Kabi, Danish Pandor, Rajendra Shisatka, Sandesh Kulkarni, Saurabh Sachdeva, Aamir Bashir, and many more. Hence, these actors have made the plot to look more substantial.

A policeman, Sartaj Singh, is against corruption in the police department, but to contrast, his profession has gradually gained the image of being badly reputed. Meanwhile, he receives a phone call from a gangster, Ganesh Gaitonde. For the last 16 years, this gangster was missing. The purpose of calling Sartaj was to tell him to save the entire city in just 25 days. While they were on a call, Sartaj tried to track him, but the gangster dies by suicide, and the planning of arrest got failed.

Thus, after this, there are a series of events that follows Sartaj and his investigation of the case. In the first season, he tries to know every possible detail of Gaitonde and his other connections. Season 2 also had the story that continued in flashbacks. The upcoming season of Sacred Games may have much more turns in the storyline. Hence, till now, all we have is expectations and assumptions related to the plot for the third season and therefore, it is very uncertain to say anything right now.

Sacred Games is an Indian web series based on a novel by Vikram Chandra entitled the same. It is of the crime thriller genre, and it is directed by Anurag Kashyap along with Vikramaditya Motwane and Neeraj Ghaywan. It is India’s first Netflix original series. With its stunning cast, it managed to receive good review and ratings from the audience. It is very well known to the people that neither it is a real story nor based on true incidents. Much of the events in the film has a combination of fiction and mythology.