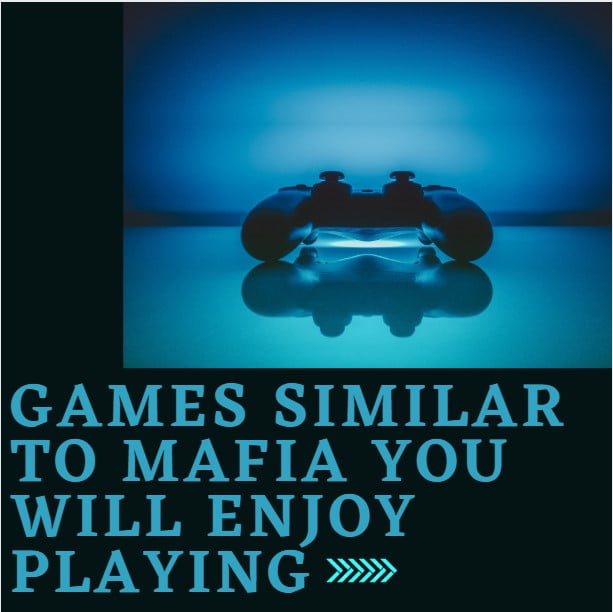 In the 21st century, it is impossible to separate games and technology. The advancement of technologies has engaged millions of internet users worldwide. The addition of the internet to the games provided a new platform for gamers to play with or against other players. Day by day, the uses of online gaming sites and applications are increasing tremendously. Thus, it is genuine that the online gaming experience is exciting and influences them as it provides 3D environments, multiple users, a virtual world, and a completely different experience. Therefore, online games again and popularity more. Either to spend their free time or to release stress, many people prefer to play online games. Presently, it has become a part of our life. One such online game that gained popularity is Mafia. If you would have played it, you must have searched for games like Mafia.

Before proceeding, let’s know something important about the game, Mafia. Mafia is is a video game based on action and adventures. In 2002 it was launched on Microsoft Windows. Also, it received positive responses to its story and the virtual environment. Later, a remake was released on 25th September 2020 that was entitled Mafia: Definitive Edition.

You would find many games that are similar to Mafia, but one gets always confused while picking the most relatable one. Scroll down to help yourself if you are stuck in any such situation.

The launching of the Hitman series took place in 2000. Here, the players are moved in the character of Hitman, who is also known by the name Agent 47. While this series is much like Mission Impossible or James bond type game, instead, it is a mob game.

On PlayStation 3, Xbox 360 and P.C. systems, Max Payne 3 was released in 2012. This game is full of shooting action, and the player is in the character of an iconic shooter Max Payne. When compared to the Mafia series, this online game is an entirely linear shooting game. It mainly focuses on the development of a character, and this keeps the momentum of the story on track. Moreover, this game is based on a particular story, and so the events follow the same. There have been many arguments by the fans for the Mafia games. It was because they wanted a new open-world setting, and it could also focus on the story well if implemented correctly.

The Yakuza franchise has succeeded to a great extent where the players are extremely satisfied by their speciality of telling and crafting brilliant stories. This ability of Yakuza makes it different from any other online games as it does not takes the story too seriously. Still, its ability to narrate the whole part is impressive. Hence, this franchise is one of the best game franchise you will ever come across that features a brilliant combat system. Despite many distractions, the story and characters get enhanced.
Further, the addition of many dimensions also takes place. For those players who are willing to experience the Yakuza franchise, they can start with Yakuza Kiwami. For the lovers of the action-based game, this seems fascinating to them.

MUST READ: 8 Best Games Like PUBG Mobile To Play After Ban

While releasing in 2015, it made its first appearance on Xbox One and PlayStation 4. This game is set in London when there was an era of Victoria. As the name indicates, this is based on the theme of crime and action. The players take over the charge of two characters. These two characters, either Jacob or Evie Frye, work to fight against the criminal gangs of the city, London. Both of them are on the mission to take over the criminal underworld established by them. So, the task of the players is to gain control over that gang. This is done by taking part in many missions that are associated with assassination and gang wars. Although the ninth instalment of the series, Assassin’s Creed: Syndicate, is on the theme of crime and action, people delivered positive reviews for it.

This game has lots of adventure because of which players find it interesting. Sleeping dogs provide you different missions in order to unlock other levels. You can fight and race against your rivals. The main synapses of this gaming app revolve around a police officer. It was released for Windows, Xbox One, and PlayStation 4. Sleeping dogs has been developed by Square Enix London and United Front Games

So far, movies based on games didn’t make a successful run. Rather games inspired by movies have done much better. The Godfather is amazing to play, and the virtual environment that is developed during its play is quite engaging. It is set in the time during which the events of the film took place. However, despite being a movie licensed game, it is pursuing an entirely different perspective. The players themselves participate in building their character. Then after the players take part in the events that have been shown in the movie and further initiate the overall scenario.

The first release event for PlayStation 3, P.C. and Xbox 360 took place in 2011. Though, it was released again in 2017 for Xbox One, PlayStation 4, and Nintendo switch. The second release of L.A. Noire made the players be in favour of the law as they all have to play the role of detective. The premises of their game is set in Los Angeles and is a detective game.
Just the same as Mafia 2, fans have appreciated its plot and recreation. The developers did fabulous work, which made L.A. Noire look as authentic as possible.

These are the games that are quite similar to the Mafia game and its franchise. All of them are interesting to play, and you will have a different experience for each one of the games you would opt for. However, to create and work upon the exact plot and surroundings like that of the Mafia is not possible. But, still, you can enjoy playing the games listed above and have super fun.

ALSO READ: Latest Games Releasing In 2021 You Should Not Miss!