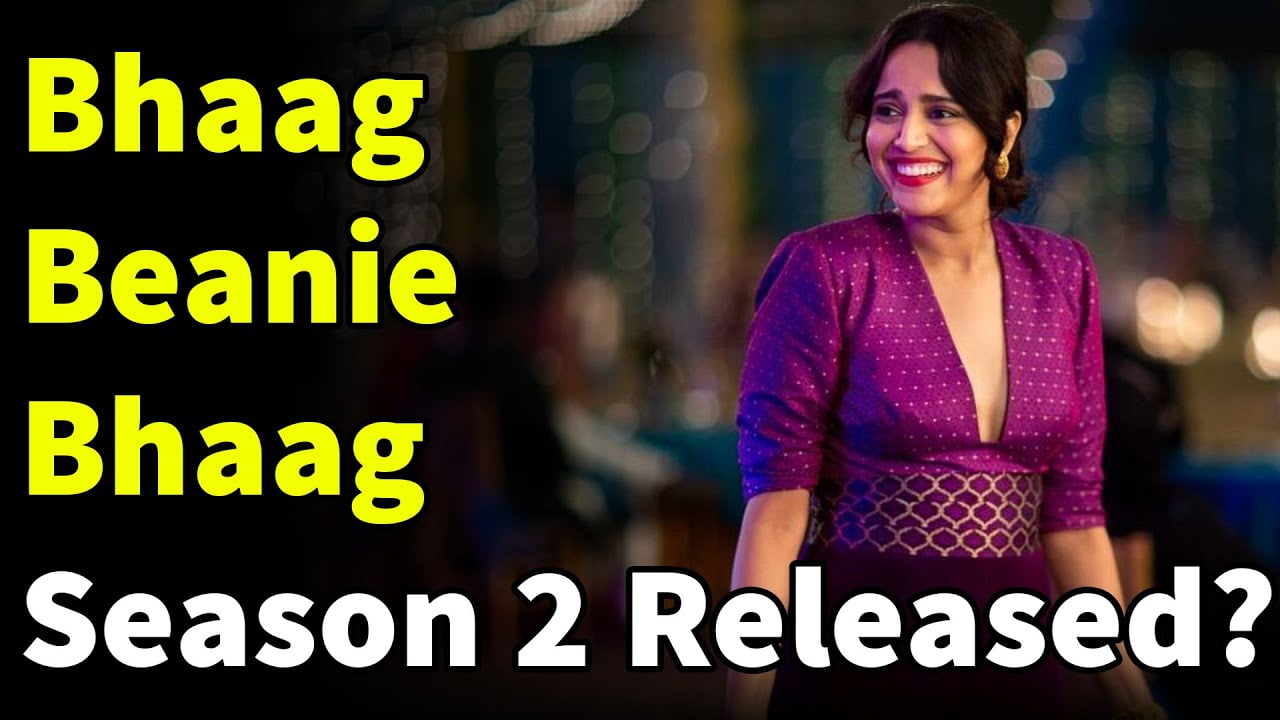 Bhaag Beanie Bhaag, created by Neel Shah and Ravi Patel, is an Indian romantic comedy series. The first season of Bhaag Beanie Bhaag was released on 4 December 2020 on Netflix. We have seen many stories having actors or actresses fleeing the pavilion. Usually, they run away from responsibilities, parents, sometimes themselves. In this series, there is a girl Beanie Bhatnagar who also runs away for mostly the same reasons. This series is a friendly therapist for those old generation people who are parents of the new generation children. We also got to know more about the world of Indian stand-up comedy. Bhaag Beanie Bhaag Season 1 got so much love as it introduced a unique concept in front of the world. Now, fans are wondering if Beanie’s story will continue in Season 2 or not? Hence, they are eagerly waiting for Bhaag Beanie Bhaag Season 2 release date.

Talking about its Season 2, there is no confirmed news about it yet. No exact date for next season is scheduled till now. As the first season ends up with a definitive note, we can infer that writers can explore other areas in the next installment. Season 1 performed well on the streaming platforms, and we are expecting the second installment to publish soon.

Beanie Bhatnagar always wanted to be a stand-up comedian, and finally, her dreams get a platform. She has her best friend Kapu’s and a stand-up comedian Ravi Patel’s support. She is living her life as per her choice and rules. At the end of Season 1, we see that Beanie is gaining popularity among the audience. She gains a place that enables her to reach more people. So, we can see that in next installment, the focus will be on Beanie’s life as a stand-up comedian.

The Cast Of Season 2

Swara Bhaskar will lead the central role of Beanie Bhatnagar. Vasant and Shruti, who played Beanie’s father and mother Girish Kulkarni and Mona Ambegaonkar, respectively, will also mark their return. Arun Kalra, who played Beanie’s boyfriend, Varun Thakur. Beanie’s best friend Kapi played by Dolly Singh. All these actors will return to the show to play their roles. It may also be possible to see new faces stepping into the show.

The story revolves around Beanie Bhatnagar, who has mostly everything in her life. She has parents, a well-settled life, a job, and a wealthy lover, but she still runs away from her Roka’s ceremony. The reason is that she wants to be a stand-up comedian. She feels that her family and lover don’t understand her. Also, she feels that her family and lover are old-fashioned. They only want to see her becoming a mother by imprisoning her in the gleaming walls. She doesn’t want this tragedy to happen in her life. The whole concept indicates that there is always less wisdom in the past generations to understand the new generation.

As time passes and parents become old, their children’s life choices are beyond their comprehension. Due to the generation gap, it becomes the old generation’s duty to understand the new generation. Whatever happens in real life, despite everything being scattered in entertaining stories, it finally falls back. The life of fugitive Beanie Bhatnagar also gets set in the last. All the people who she leaves and runs away from finally come to her and adopt her. Whether it happens in real life or not, but in the entertaining stories, after everything falls apart, in the end, it gets back on track. The same thing happens with Beanie Bhatnagar in the end. All the people she leaves and runs away finally come back to her.

The Cast Of Season 1

Bhaag Beanie Bhaag Season 1 Has How Many Episodes?

There are six episodes in this web series, and each one is around 30 minutes long. It has romance, drama as well as comedy also. So this series is no boredom at all. In today’s youth, stand-up comedy has become a new trend and career. If you love comedy, then definitely binge-watch it.