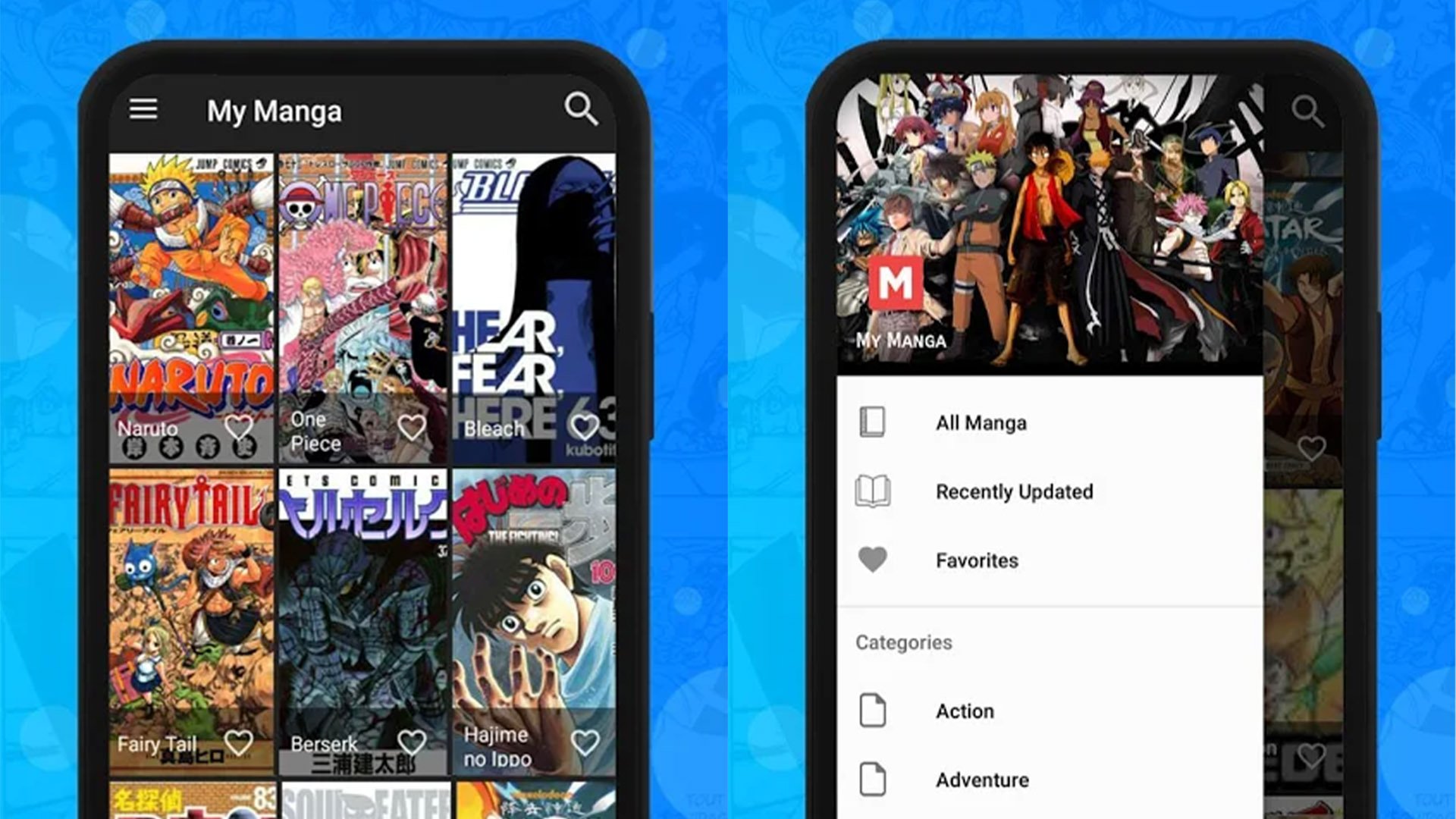 The word Manga is a shelter to many topics. Manga is nothing but merely comic books, which are often published in black and white. In Japan, it is typically used for comics as well as cartooning. As it is printed on a weekly basis so, it will not be economical for them to publish it in colors. Moreover, it is not costlier to buy. People love to read Manga, and it has a worldwide demand. Most Manga series can occupy multiple volumes to complete a story or a theme. Even people of all ages prefer to read Manga in Japan. This has an extensive range of genres, including horror and mystery. Manga has not only gained a significant audience but is also enjoyed by many people worldwide. Let us check the best apps to read Manga.

Today’s era is an era of technology. We can perform most of our tasks just with a single tap on our smartphone. Hence, today we have enormous apps available on the digital platform that makes our work easier and faster. So far, many applications are meant for reading Manga. Reading these comic books is not only significant in Japan, but now the fans come from all over the world. Previously, paperback and hardback were used as they were the traditional method of reading these Manga. Still, nowadays, people prefer to read them on their smartphones as they find them portable and convenient. Although you will find many Manga apps, still you would be confused about which would be the best for your phone. So, we have these best Manga apps for iOS that will enhance your experience of reading Manga.

It is one of the most amazing apps for Manga readers available for iOS. The most important feature available is that there are no banner ads. You might find it clean and can experience an easy-to-use interface. Will it be easier for you to open the app and start reading from where you left the last time? Of course, it will be. Hence, the reading history of Zingbox Manga allows us the same. Moreover, different themes update themselves on a daily basis. You can also create a wishlist and read it whenever you want.

Besides these options, you can receive notifications for not only the latest issues but also backup up your comics. Over 100,000 Manga are accessible to the people and can restore the data from this app. Further, the orientation of the page changes at any time you want, and also, saving a page is easy. Overall you will have a smooth and interactive experience.
The total download size is 36.1 MB and requires iOS 8.0 for installation.

This application is also one of the best picks for your smartphone. Firstly, you are able to access thousands of mangas, which come from more than 30 sources. The remarkable features of this app include three reading modes, bookmarking, and cloud syncing. You can easily filter any Manga series in its search option by specifying the title, author, genre, and rank. Some of the specifications allow the user to create a list of favorite comics and downloading the comic books, which they can view later in offline mode.

Furthermore, it has the ability to backup and restores the functions of all those comics you love. Manga Reader is absolutely free, and you can also choose directions from left to right or right to left. It has a simple, interactive, and intuitive interface. This application provides you recommendations based on your search history. The best feature of this app includes the downloading ability, which enables us to download five mangas at the same time. The latest version of this has the option of restoring data from iCloud. Also, updates for Manga are checked every 2 hours.
20.5 MB is the size of the application, and the installation requires iOS 8.0.

AT THE TOP: Black Clover: A Special Teaser For The Next Opening Theme

A great application that lands on your smartphone directly from the country of the rising sun. Yes! You heard it absolutely correct. Crunchyroll Manga has its developer from the leading company in Japan. For reading Japanese comics, the official manga app for iOS provides you a very different experience. You can easily and quickly excess many manga books as soon as they are released in the Japanese market. Neat customization tools and a clean look make it an excellent choice for the people. Readers can have many reading capabilities, including bookmark features and archiving the favorite titles.

The free version of Crunchyroll is fundamental, and therefore, if the readers wish to go through all the Manga titles, they need to have a subscription for the premium membership. But there’s a drawback that is generally avoided by people while using many apps. It contains advertisements, and one will receive many notifications after downloading this manga reading app.
The total size of Crunchyroll Manga is 12 MB and is available for iOS and Android both.

This is is equipped with all the great features that a manga app should possess. It provides the reader with use library that has tons of Manga comics available from over 25 sources. Some of the common features of Manga Storm has cloud syncing, offline reading, bookmarking, auto checking of updates, and a systematic list of books. Readers can also recover their reading process each time as the application saves each chapter on an automatic basis. Moreover, the Manga you download can be converted into CBZ files, and then you can read it on other comic reader applications. Manga Storm allows the readers to access their favorite titles smoothly. This is free to download, but if you want an ad-free version, you will have to subscribe to the full version.
The total size is 24 MB, and iOS 9.0 is required for the installation.

As we all know, Manga and anime play a very vital role in Japanese culture. So keeping in mind these two, MangaToon provides access to Manga as well as anime. The subscribers of this app receive free comics, and it offers daily releases. It possesses an extensive library that includes every genre of Manga, such as horror, comedy, action, and many more. Based on your taste, you can build your collection and even download those for reading it without any interruption in the offline mode.

Furthermore, one can go through the orientation and also read the titles offline. Despite all these features, it contains ads as well. Moreover, it supports many languages, including Vietnamese, Spanish, English, and Thai, making it even more flexible. It provides you great exposure to several stories and comic books.
31 MB is the size of MangaToon and is available for iOS users only on Apple store.

Everything comes up with some of the disadvantages, too, and so do these apps also.

ALSO READ: Top Anime Similar To Erased You Must Watch