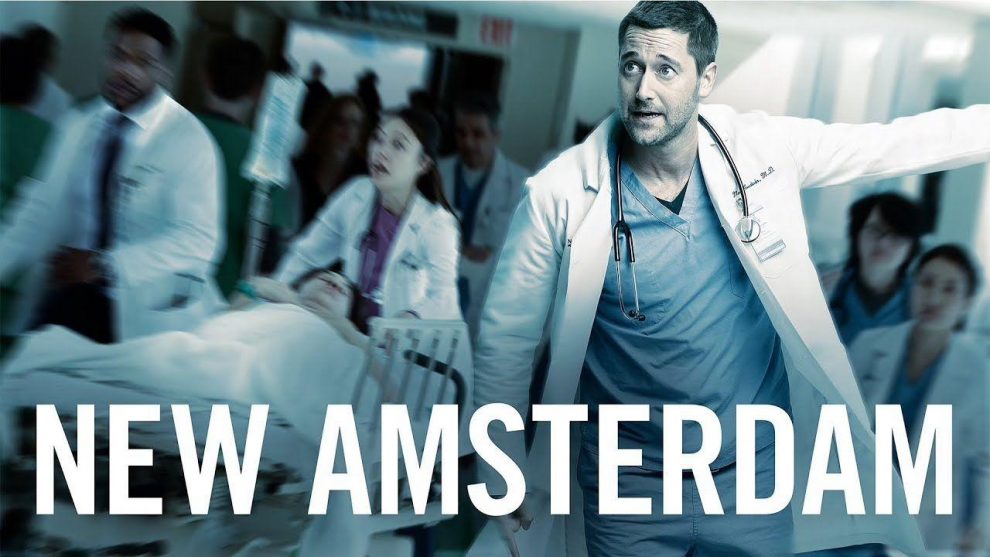 New Amsterdam is an American medical drama. It is a television series based on Twelve Patients: Life and Death at Bellevue Hospital, written by Eric Manheimer. The series was first premiered on 25 September 2018. Then it was announced that the series would be renewed for the second season. And the second season was released on 24 September 2019. This show has been telecasted on NBC. It is the best choice for medical drama lovers. Fans were waiting for the next season of New Amsterdam. Now the series is coming with the third season. Fans do not have to wait long for it. Today, here you come to know about the New Amsterdam Season 3 release date, cast, plot, and many more, that is needed:

The second season of the series was aired in 2019, but due to the coronavirus pandemic, it was half aired at the end of 2020. Now, the series is renewed for the third and upcoming season. However, keeping all the procedures into consideration, the show will start again but with the coronavirus outbreak’s touch. The show is based on the medical drama and is dissimilar to not showing this portion. There were rumours said that the show might be released sometime in 2021.

But now the date has come, New Amsterdam Season 3 would be released on 2 March 2021. So, now the fans do not have to wait for the third season, it is ready to hit the screens on March 2, 2021.

The series is created by David Schulner. Most probably, in the third season almost all of our favorite characters back at the hospital, New Amsterdam. Ryan Eggold will be returned as Dr. Max Godwin, New Amsterdam’s Medical Director. Freema Agyeman again playing the role of Dr. Helen Sharpe, Oncology Department’s Head and a colleague of Max.

Tyler Labine will reappear as Dr. Ignatius “Iggy” Frome, Head of the Psychology Department. While Janet Montgomery will appear as Dr. Lauren Bloom, Emergency Chief. Due to the decision to move on from the series, we would not able to see Jocko Sims as Dr. Floyd Reynolds. Anupam Kher will also return as Dr. Vijay Kapoor.

Now, if we talk about the producers, so the show is produced by Graham Norris, Eric Manheimer, Mark A. Baker, David Declerque. There is another question about the role of Dr Cassian Shin, which was played by Daniel Dae Kim. He has appeared at the end of season 2. He would happen to act in season 2 five episodes, but due to the pandemic, the shoot was closed. So, maybe there would be possibilities to continue the character of Dr. Cassian Shin in the third season.

New Amsterdam Season 2 ended up in a hurry, due to the pandemic. The story of the second season bounded up without giving too many clues for the third season. In the last episode, Max treated a patient who was suffering from muscular dystrophy. Dr Vijay Kapoor has suffered harassment from one of his patient’s wife, to realize that she had a disorder that triggered this behaviour. And Dr Helen Sharpe faced a condition in which various people suffered from similar symptoms, but she found this out as usual. Alice and Max are also divided because of the kids.

For season 2 there was a recorded episode, but it was not aired to avoid anxiety amongst people. But the makers said that it could be released in the future. So, maybe the makers will show the remaining episodes of season 2 in season 3. In the show’s plot, you can see, New York City had been attacked by the deadly contagious virus, and no one knows its source. Dr Vijay Kapoor maybe amongst the sufferers of this virus.

In the next season, we may see a shortage of beds and medicines, and all this leads to chaos. The whole responsibility can be on Max and his team as he is the hospital’s Medical Director. He will have to ensure that the hospital is functioning and also they have to find the source of the virus.

There are no official hints. These are all the assumptions, that may happen in the upcoming season. It will be interesting to see how the coronavirus pandemic will be framed within New Amsterdam’s new plot.

Season 1 of the show has 22 episodes with a running time of 43 minutes. The episodes of Season 1 are as follows:

New Amsterdam Season 2 has 18 episodes with the same time duration of 43 minutes. The name of all episodes are as follows:

Actually, NBC renewed the series for the third part, but it has also confirmed its seasons 4 and 5. The series is ensured on the channel until 2023.