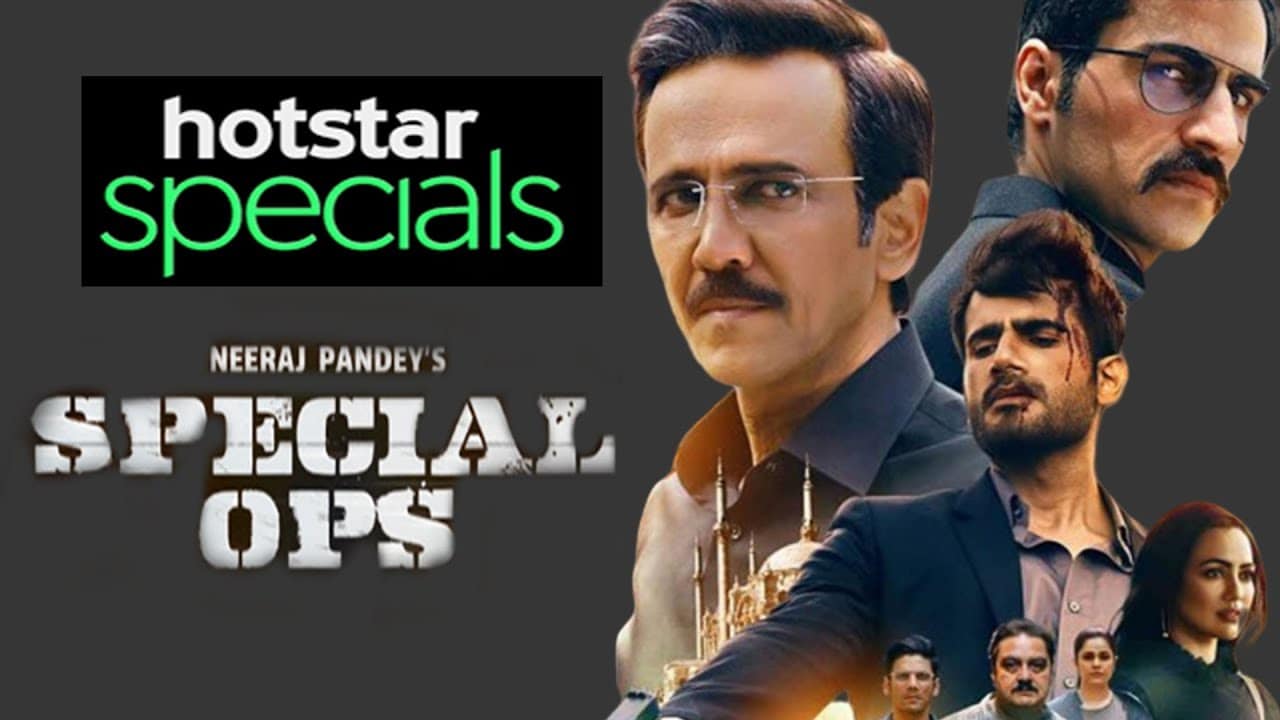 “Special OPS” is a thriller web series released on 17 March 2020. Neeraj Pandey, Shivam Nair directed it and it stars Kay Kay Menon as Himmat Singh. The entire story of the series goes into finding a person. How many difficulties an agent has to face, how agents have to provide input. This is all in this story. Many people loved this series, and it is one of the highest-rated Indian web series on IMDB. The audience is eagerly waiting for its Season 2 whose exact release date is not yet finalized. But it is expected that it can come by the end of 2021. Here the list of five web series like Special OPS is provided that is quite similar in many ways and also you can feel the same vibe.

“The Family Man” was released on 20 September 2019. Raj & D.K directed it and It is the story of Spy Srikanth Tiwari which revolves around his work and family. Many actors have played the role of detectives in Bollywood, and Manoj Bajpayee has played Srikanth Tiwari’s character in this web series. The series depicts Spy’s story that does an extraordinary job but is as ordinary as ordinary people. This web series has ten episodes, released simultaneously. ‘The Family Man’, as the name seems, is a family type story. It has thrill, action, emotion, and suspense.

Like everyone else, Srikant Tiwari is busy trying to buy his house, goes to school for the kids, and makes sandwiches when needed. The children feel that their father does a government job because there is rest. The wife is also angry that she is unable to give more time to the family. In the life of this Spy, everything that is happening around you every day. Srikanth Tiwari’s extraordinary work is that of Spy. The people of the country can live peacefully, so they work to find the country’s enemies.

“Bard of Blood” was released on 27 September 2019. Ribhu Dasgupta directed it and it is the story of an ex-spy Kabir Anand, who is now a school teacher. After India’s four spies caught in Pakistan, Kabir goes on a secret mission with two more people. This mission is no less than suicide. Kabir aims to erase his past and save the country completely. Emraan Hashmi is doing fantastic action scenes. Actress Shobhita Dhulipala and Pookbaaz actor Vineet Kumar Singh are also there. Apart from this, Raji actors Rajit Kapoor and Jaideep are also part of this web series. Its story is fascinating. This series has made under the production house Red Chillies Entertainment of Shah Rukh Khan. It is based on author Bilal Siddiqui’s book Bard of Blood.

“State of Siege: 26/11” was released in 2020. Matthew Lutewiler directed it. State of Siege: 26/11: It is clear from the name that the series is based on the terrorist attack on the Taj Hotel in Mumbai. This incident had a profound impact on all the countrymen. Sandeep Unnithan wrote a book on which ‘Black Tornado: The Three Sieges of Mumbai 26/11’. Based on the same book, the American director, writer, Joshua Caldwell has written the script for eight episodes. This was a very painful incident where many brave soldiers of the country martyred. and many people in the country and abroad killed.

The author has made full use of the technique of scripting. A lot of parallel story runs simultaneously. The author has written the entire episode of this twenty-four hours in eight episodes. After seeing that, the rogue stands up. Because this series is based on a real incident, many characters had big and small work. Most of the characters have played their character properly. The music also fits the scene, and this is the best series to describe this event.

“The Final Call” was released in 2019. The thriller series is based on the 2015 novel “I Will Go with You” by Priya Kumar and Vijay Lalwani directed it. There are many stories in the show simultaneously. There are many characters. Every character connects to each other. Arjun Rampal, who plays an essential character in the show, makes his debut as a fighter pilot (Karan Sachdev). But there are some circumstances that he becomes a passenger pilot instead of a fighter pilot. Many backstories related to Karan’s life are going on simultaneously, in which it is clear that he has lost his family in a bomb blast.

The plane he is flying with as a pilot has 300 passengers. The circumstances are such that Karan is considered to be a person carrying out terrorist activities, while the truth is far from it. On the same plane, a big businessman is traveling, who has money. But it is not relaxing. He is looking for that relaxation, and meanwhile, he too has his own back story. There is a story of around officer woman, played by Sakshi Tanwar, and what a lot. After a long time, it is nice to see a female character in uniform. This is a good effort in the thriller genre.

“Hostages” was released on 31 May 2019. Sudhir Mishra directed it, and it stars Ronit Roy, Tisca Chopra, Praveen Dabbas, and Dalip Tahil in the lead roles. This web series is a crime thriller based on an Israeli show and is a 10-episode series. In this series, a doctor’s family is is in danger and to protect them, the doctor has to kill an innocent. This is a crime thriller web series whose story revolves around a surgeon. This surgeon is appointed for the surgery of the Chief Minister. In the meantime, someone kidnaps the surgeon’s family and tells him to kill the Chief Minister.