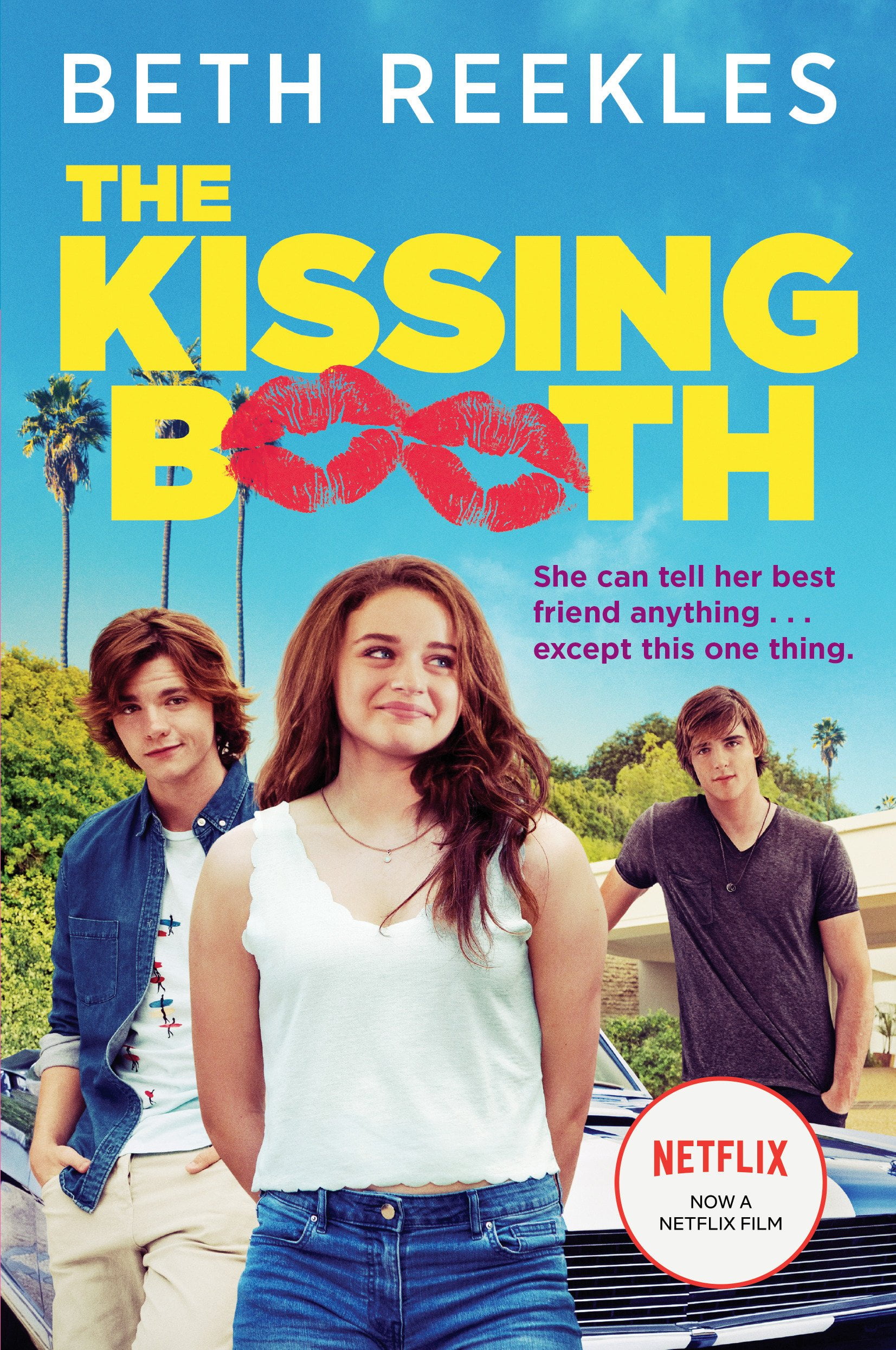 The Kissing Booth is an American movie. The genre of the movie is teen romantic comedy. It was first released in 2018. The film was written and directed by Vince Marcello, based on Beth Reekles’ novel of the same name “Kissing Booth”. It was launched on 11 May 2018 on Netflix first. This was the most viewed movie on Netflix by its subscribers. From critics, the film got largely negative reviews. The movie has another part called ‘Kissing Booth 2’, it was released on 24 July 2020. And the third part ‘Kissing Booth 3’ is in post-production and is planned to release in 2021. In this article, we are going to tell you about the movies like The Kissing Booth on Netflix.

The story of the movie revolves around a girl, Elle (Joey King), who fell in love with the older brother of her best friend. The name of the boy was Noah (Jacob Elordi). Then we found that Elle tried her best to balance the developing romantic relationship between her and Noah. And also did not want to damage the things between her and her best friend, Lee (Joel Courtney). In Kissing Booth 2, we saw whether Elle and Noah could live the distance. And it also showed the seniors made big college decisions. So, if you are a fan of Kissing Booth or even I will say if you are not, but every teen must watch it if you need some light romantic comedy-drama. Here is the list of some movies, below, which are similar to The Kissing Booth on Netflix.

1. To All The Boys I’ve Loved Before

This is the 2 part series. The first part was launched in 2018 and the second one was launched in 2020. In this, Lara Jean Covey (Lana Condor) gets a lot of attention from the guys, to whom she once wrote letters and she loved. After this, when she fakes a relationship with Mr. Popular Peter Kavinsky (Noah Centineo) then she got attention from the whole school. Lara found herself torn between the two guys, Peter and another boy whom she once loved named John Ambrose McClaren (Jordan Fisher). But until the second part, Lara and Peter find their happy ending, as it happens in all good fictional teen romances.

This movie, To All The Boys I’ve Loved Before and The Kissing Booth both have similarities in terms of themes, love triangle, and both are a trilogy of movies but are not copy of one another. They both exist in the same YA universe. On the other hand, they also have some differences that allow users to enjoy some light romance without getting bored. Both parts are available on Netflix.

Check Season 1 and Season 2 on Netflix.

2. A Walk To Remember

This 2002 romantic drama is about two teens, Landon Carter (Shane West) and Jamie Sullivan (Mandy Moore). They both seem like complete opposites to each other. However, due to A Walk To Remember, they both begin to understand and love each other.

A Walk To Remember and The Kissing Booth are about two characters who do not expect to fall in love, but accidentally it happened. Both movies gave you some nostalgic memories of first love. These movies are just wholesome about finding love and the problems faced by the couple. You can watch it on Netflix now.

3. Never Have I Ever

Never Have I Ever was created by Mindy Kaling and was launched in 2020. The series has Maitreyi Ramakrishnan in the role of Devi. She is a 15-year-old girl assumed to make this year her best year ever. The story of the series revolves around Devi’s adventures and misadventures.

If you are a fan of The Kissing Booth 2’s love triangle then, believe me, you must go for the Never Have I Ever. In the show, there is a rare love triangle where the viewers like one romance better than the other one, and we would be okay with both the boys, whomever she selects. Apart from romance, they both have some sort of growing pains of maturity and to make big decisions for life.

You can go through the movie on Netflix, click here to watch Never Have I Ever.

In The Kissing Booth, if you found Noah as swoon-worthy then wait until you met Bo (Luke Benward) in Dumplin. Apart from the heroines’ found love, The Kissing Booth and Dumplin both dealt with the leads, who discovered themselves. The sweet nature of Elle and Willowdean is the reason to make both movies successful.

Fans can check for this movie on Netflix.

5. What A Girl Wants

Some famous names are in this movie, Amanda Bynes, Kelly Preston, Coolin Firth, and Oliver James. In this film, Daphne (Amanda Bynes) discovered that her father in England is someone of supremacy. She then decided to visit England to meet him. Henry (Colin Firth), Daphne’s father in England, had no idea that he had one daughter. It is about a clash of cultures as Daphne wanted to fit in with the high society of the British. It was released in 2003.

It is also available on Netflix.

It is a romantic drama, which was first premiered in 2020. The story is about Ellie (Leah Lewis) who helped a popular player Paul (Daniel Diemer), who won the girl of his dreams, Aster (Alexxis Lemire). The bigger problem is that Ellie is also in love with Aster.

The Half Of It is about true friendship along with the teen romance. Paul and Ellie’s friendship is just as strong as Aster and Ellie’s romantic relationship. The Kissing Booth and The Half Of It, both movies share their analysis with teen girls growing up and what that means for adopting and accepting their sexuality.

Check here on Netflix The Half Of It.

Pierson Fode and Victoria Justice are the actors in Naomi and Ely’s No Kiss List. The movie was premiered in 2015. The film is about two best friends Naomi and Ely, who make a list of men that are off-limits. They both are opposites to each other in their analyses of sexual identity. Naomi (Victoria Justice) is a heterosexual, a virgin, and presently in a relationship. On the other hand, Ely (Pierson Fode) is gay, promiscuous, and single.

In an alternate, Ely and Naomi are Lee and Elle. Naomi and Ely’s No Kiss List and The Kissing Booth both are about that fragile balance between keeping the friendship in your life, grown-up, and found love. Sometimes, it becomes hard to keep both the things without avoiding one, people need both in their lives, friendship, and relationship.

Must watch this entertainment package on Netflix.

Check this movie, After on Netflix.

We all have listened to Cinderella’s story? As the name of the movie it also describes the same story as Cinderella has. It was released in 2004 on 16th July. In its story, after the death of Sam’s father, her wicked stepmother forced her to do all the house courses. She dreamt of getting out of her miserable home life by attending Princeton. She also wanted to share her feelings with an unspecified penpal online.

But this penpal was Austin, the most famous boy in school. They both fell in love with each other and decided to meet at the school dance. But when Sam came to know about this, that the pen pal is Austin, she hides her own individuality. She was actually very worried that she would be rejected by Austin if he found out that who she really is? Even after he went checking for his Cinderella once the dance ended.

Watch this beautiful story on Netflix.

The Standoff was released on 20th September 2016. It is the story of eight teenagers, who compete in a competition to won a new car. All they had to do was outlast their competitors and keep one hand the whole time on the car. Two competitors Amy and Farrell completely disliked each other, but they would have to be with one other for days, as competition demands. They were put up with each other without sleeping if they want to won the competition. Maybe it was lack of sleep talking, but they ultimately started liking each other.

Go and check The Standoff on Netflix.

Fortunately, Netflix is full of romantic stuff and teen shows to entertain you until the third part of The Kissing Booth arrives.

In this article:A Cinderella Story, A Walk To Remember, After, Dumplin, Movies Like 'The Kissing Booth' On Netflix, Naomi And Ely's No Kiss List, Never Have I Ever, The Half Of It, The Standoff, To All The Boys I've Loved Before, What A Girl Wants