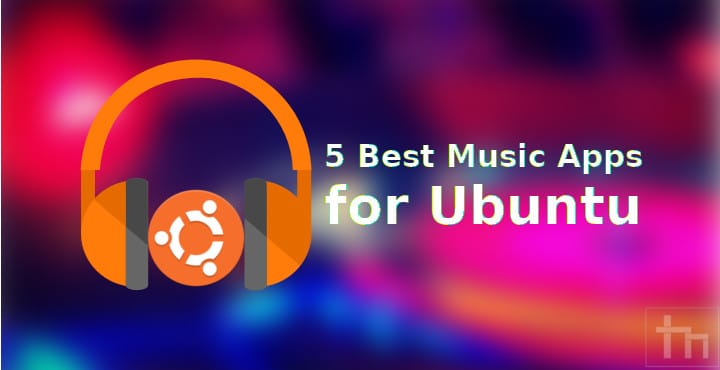 -We have prepared a list of 5 Best Music Players for Ubuntu of 2021 users too because Some people Are Fond of Listening music like A Manic, Some Used to Listen only when They are Performing their Work. Some Used to Listen When they are Functioning on Their Desktop. Tirelessly Studying or Doing Some Office Work So to Freshen Up Their Mind, They Listen Music to Bust Their Stress and Focus on the Task they are performing.

Ubuntu Is Free of cost application. It is Open-Source Software that Enables the User to Download the Plenty of Apps Whether You need to Edit a Video, Collage Making Application, Photo Editing App, Online Movie Streaming Apps, Gaming Apps, Music aaps, Office Use Apps, and many more You Can just Download them Very Easily on Ubuntu.

So, If You are Utilizing this Software and Looking for best Music Player Apps so that You can Listen to Music on your Desktop without Any Hurdles or difficulties. Then No Doubt this Article Is especially for You and Pointing on How to Listen to your Favourite Music on Ubuntu. I Have prepared the list of 5 Best Music Player for ubuntu of 2021 that will help you to Listen to your Favourite Music.

It was at first Launched in August 2001 and a Permanent Release was Made in January 2020. You can Also Add Multiple Plugins to Enjoy the Additional Features as well. Users can Play your Audio Files and also can Organize them into a Playlist by Installing Additional Plugins. You Will be Eligible to Receive Desktop Notifications.

You can Enjoy FM Radio and Listen to Numerous Podcasts by Connecting it with FM. Rhythm Box Automatically Detect the Any New Music Files Stored in your File Explorer Other Wise You Can Similarly Navigate or Redirect the App to Recognize the Audio and Music Files in Your Desktop. So, these are the Reasons why Rhythm Box Tops listed to be in the Best music players for Ubuntu.

It Is Very Much Popular Among the users and Spotify is Freely Downloadable on Android, Window, IOS and is Moreover Available on Ubuntu along with a Million of Monthly Active Users. Spotify Offers Many Features like Gapless Playback, AutoPlay Back, podcasts and millions of songs are of the Different Genres across the Globe will be available on Spotify. Spotify is Very Easy to utilize and Simple Interface. It was commenced in October 2008. In October 2020 Spotify has reported 320 Million Monthly Users with 144 Million Paying Subscribers.

Spotify Also has Premium Subscription when You Purchase It You Will Unlock Several new Features like NO – Ads Policy, Offline Availability.

Clementine is favourable Perfectly for Those Who Listen to Music Online Design with Very Simple and Easy to Use Interface. It is Free and Open -Source Audio Player which Founded in February 2010. Clementine Lets the User to Search and attends to the Podcasts Available Across the Globe. Also Listens to Internet Radio from Spotify, Google Music, Sound Cloud and Soma FM, and Magnatune as well.

You Can Furthermore Search and Play Music from the Local Library, play your Audio and Music files, and also The Songs Saved in Google Drive. It Is an All-Time Favorite and preferable App for the People Who Want to Create a Collection of Music and A Smart Playlist. Clementine has A Slide Bar Pane that has Songs Lyrics and Artist Photo and movie Details and It Also Shows the Desktop Notification.

Clementine Was Developed by Pawel Bara, Arnaud Brenner, and Permitted under the Framework of General Public License V3.

It is similarly one of the Free and Open-Source Music Players for Ubuntu. Audacious Music Player Launched on 24 October 2005. It requires Many Advanced Features others applications like Spotify, Rhythm Box. But we can execute basic Operations like Creating Personal Playlists, Shuffling the Music, Playing Music from the CDs as well. Furthermore, it has Many Audio Effects and Tweaks that you can refer to Change the Range of songs and Amend the Audio.

Customization of Theme and Appearances is Probable under Audacious Application. It also authorizes us to Add Multiple Plugins so that We can Enjoy Bunches of Features like. Gapless Playback, search and play from the music from the local library, Auto-play, and Song Lyrics. You Can Also Enjoy Internet Radio and many Podcasts Available Across the Globe.

It is an Open-Source Free Audio Player Available Freely For all the Ubuntu Users same as other applications. DeaD Beef Introduced in August 2009 Written in C, C++, Objective C, and Assembly Language as well. It Supports Many Audio Formats AAC, OGG, MP3, FLAC, and Can also Play Audio Files. Music in the Local Library as Well as External Files. Users can Formulate Multiple Playlists and also can Customize it as per their wish. The Initial Release Made in August 2009, eternal Release of DeaDBeef was Made in June 2020.

It delivers 40 Plugins to Enjoy the Better Listening Experience by its Users. Lacks Advanced Elements but you can Basic Functions like Shuffling and Creating the Playlists, Gap-less Music and Auto-Playback, Tracking and Editing the Metadata.

It is a Simple Light Weight with Easy-to-Use Interface that can be Handy by Beginners. Controls for Playback are at the Top or you can utilize the Playback to Shuffle and Repeat the Playlist. DeaDBeef Resume the music from Where You Left when you Open the App and High-Quality Resampling, Multi-Channel Playback, and Regain Playback Support.