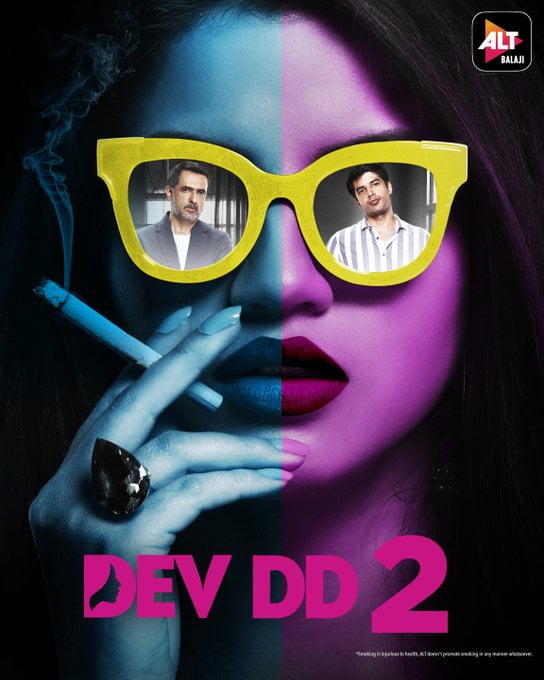 ALTBalaji’s hilarious series Dev DD is now ready to come back with a new season. After an inevitable response from the Dev DD season 1, the makers are back with the second season, which is all set to release soon. Here, you are going to know about everything related to Dev DD Season 2 release date, cast, trailer, and much more.

The trailer released by Ekta Kapoor has left everyone in a confused state and is difficult to predict how the life of the protagonist will move on. Moreover, the trailer for season 2 had a glimpse of LGBTQ+ relationships. There are a lot more drama and raw humor. She says how they were taught about being happy in their lives when the prince charming arrives along their way. This month Dev DD season 2 will return on Zee5 and ALTBalaji.

After watching the trailer one could easily come to a point where at elaborate that Dev DD is all about sexism, feminism, and a lot of other kinds of stuff that society refuses to talk upon. Upon seeing the trailer, we go through the time of Devdas. Hence, we can title it as a modernized version of Devdas. Vicky is a girl who wants to break all these restrictions, gender stereotypes, and limitations. Whatever, she does make her daring and bold. She is facing multiple problems in her personal life.

The storyline of Dev DD

Dev DD revolves around a girl, Vicky (Devika). She is a girl possessing a very different taste upon which society usually frowns. Commonly, a girl who drinks or smokes is said characterless. Vicky is of the same type. She smokes, drinks, and is a feminist at heart. This girl admits that she loves sex. It’s so obvious that some regressive women and society can label her with the title of being slut or characterless. Despite this, her father loves her daughter without worrying about the way she is. She is her father’s pride.

The story is always incomplete without the love interest of the lead character. And so, Parth is doing the same role in this series. Vicky meets him and eventually, she falls in love with Parth. But later she is left heartbroken.
The plot for season 2 cannot easily be your predicted. The trailers seemed to deliver many events which are making it quite perplexing for the audience to guess what is going to happen the next. However, despite this, the makers of Dev DD have promised to provide double craziness.

The plot only becomes stronger when it also has a strong cast. So, this series has ensured a powerful cast who plays their roles in a very natural way.
Asheema Vardaan is playing the central character Devika “Vicky” Dwivedi. Parth is played by Akhil Kapur and further this web series has Rashmi Agdekar as Chandni and Sanjay Suri as Anurag. The list of the main cast also includes Sandeep Pandey and Rumana Molla as Shrikant and Radha respectively. At last, the character of Philip is played by Jason Shah.

Total Episodes in the Series

As already known the first season was released in 2017 on 21st April. This had 11 episodes. It was released under the banner of Balaji Telefilms of Ekta Kapoor. The episodes were:

Dev DD is a Hindi web series, which was first premiered in 2017. This web series is based on Sarat Chandra Chattopadhyay’s novel Devdas. The story of this show is about a young modern woman, who is trying hard to break stereotypes about how an Indian female is supposed to be. But, it has a little twist. This web series is produced by Shobha Kapoor and Ekta Kapoor whereas Ken Ghosh is the director. This is available on ALTBalaji.