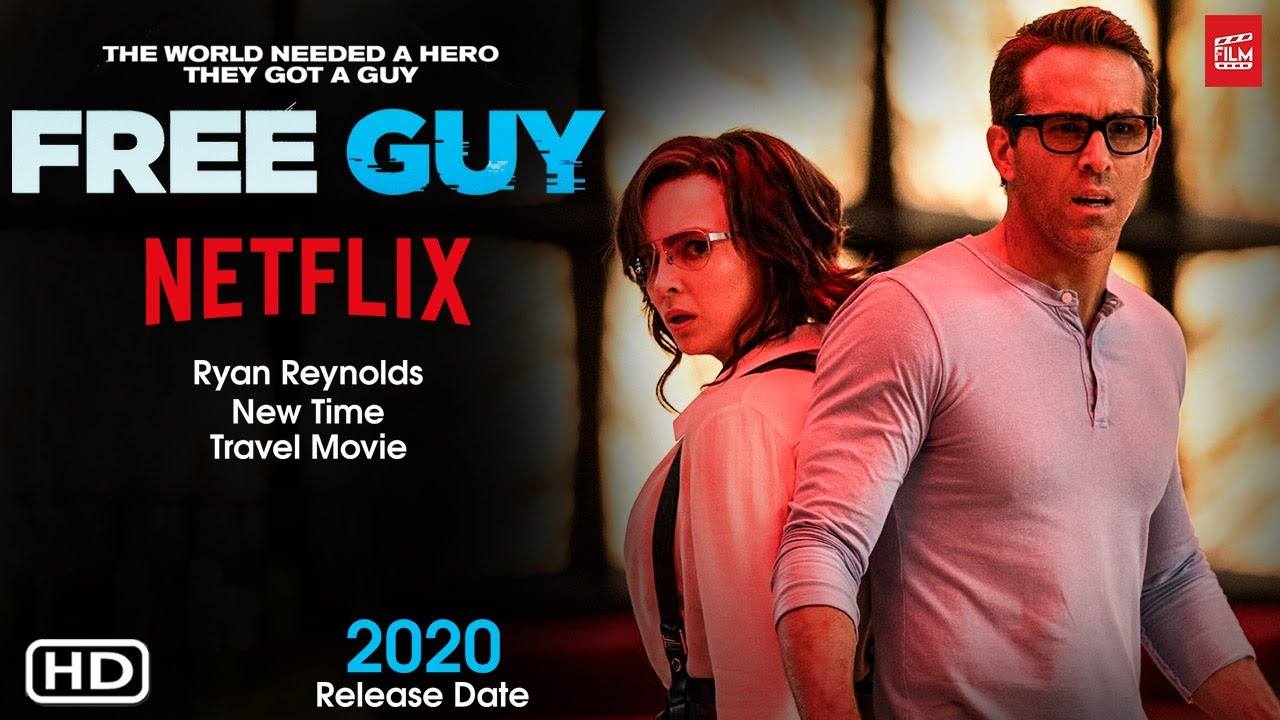 We have very few films inspired by video games, among which Free Guy is one of those. Free Guy is one of the many budget films that was to be released in 2020 but eventually got delayed because of COVID-19. It is returning with a new release date. However, it is not sure if it would be pushed back again if the covid cases remained rampant as they are now. Till then, let’s head on to the Free Guy release date, cast, and every detail.

Currently, Free Guy is scheduled to be released on 21st May 2021. Moreover, the members are hoping for the combination of warmer weather and vaccine rollouts by that point so that it could result in fewer coronavirus cases and a comeback for the cinema industry. However, there are no guarantees on which it could be said that there are no chances that Free Guy may have a delay again.

Is the Trailer of Free Guy Available?
Back in December 2019, the first trailer for this film was revealed. It was before the coronavirus pandemic that leads to derail the plans for the 2020 summer movie season. The second trailer for the film dropped in October 2020 to promote the planned schedule of releasing the film, which was in December but ultimately, it did not make its way because of the second surge in the cases of covid-19.

The cast of Free Guy

In the lead role, Free Guy is starring Reynolds, whose character is packed with quite high-energy humor, which is his usual brand. Programmer Milly is played by Killing Eve. The character is also known by her in-game username, Molotov Girl. The actor Joe Keery, who also acted in Stranger Things, will portray her colleagues’ keys and Taika Waititi stars as their boss. Obviously, a movie is highly dependent upon the supporting cast, and so to fill out these places. Hence, Free Guy stars Utkarsh Ambudkar, Lil Rey Howery, and Camille Kostek, a supermodel. For the cameo appearances, this movie will have popular video game streamers. Pokimane, Jacksepticeye, LazarBeam, and Ninja are in the cameo roles. In addition to these people, Alex Trebek, who was a legendary game show host, sadly passed away last November, is also part of the movie.

The movie Free Guy takes place in a video game that is completely fictional. The show has inspiration from the likes of Grand Theft Auto Online and Fortnite, where the players run rampant across the large map. Ryan Reynolds is in the role of Guy, who is an NPC (non-player character). His life consists of turning up to his job at the bank and spends the day getting shot at by robbers. In addition to this, when we come outside of the game, programmers Milly and Keys insert a new code. This allows Guy a much deeper awareness of his surroundings. He then gets involved in Aries that is against the time to save the video game in which he lives. He has to do this before it gets shut down forever.

Shawn Levy is the director of the Free Guy, whereas the story is written by Matt Lieberman, and the screenplay is by Zak Penn and Lieberman. This upcoming film is produced by Ryan Reynolds, Sarah Schechter, Greg Berlanti, Levy and, Adam Kolbrenner. In place of executive producers, the film has Josh McLaglen, Mary McLaglen, Dan Levin, Michael Riley McGrath and, George Dewey. 20th Century Studios, a new subsidiary of The Walt Disney Studios, will be its distributor.