Netflix officially announced sex education season 3 will release on the last of March or the first weak of April 2021. But it does not confirm the date. Sex education first season was released on 11 January 2019 and the second season was released on 17 January 2020 but due to coronavirus season 3 delay and now expected March or April 2021. September 2020 Netflix announced cast and teaser but the release date was not confirmed due to coronavirus. But now Netflix confirms sex education season three coming soon.

Otis and Maeve are two classmates in college and they observe every student’s face sex problem because their sex knowledge is nothing so they start a sex therapy type tutorial and take some currency. They open an underground clinic. At the start, we feel this is a comedy series but after 4-5 episodes, emotional scenes and we feel it. Otis and Maeve teach people about sex like how to do kiss, virgins, etc. Otis sex education business growing and Otis does not know his mother is a sex therapist in society. Adam’s role is so good and all series emotionally.

At the time of seeing this series, we feel our school life and every student will want their school life the same this series. The next extra so good character is iric. He is a gey and he played a very well role. Jackson’s interracial relationship always treats a normal relationship. This show has a balance.

In season 1 Otis and Maeve choose a different path but in season 2 they start again their sex therapy business but the twist comes in the story when Otis’s mother comes to college for giving sex therapy and Otis is working underground or type of black market. But Otis’s mom is working publicly and Otis business is close.
Sex education season 2 love triangle story is so sweet Otis, Maeve, and Ola. If you want to feel again this Love triangle you can see “Student of the year” same to the same story. Some new admission in college and this not different from season 1 but this is a good comedy and teenager drama series. The screen colour is so beautiful and finally, we observe Otis and Maeve had so ahead.

This series changed student college life before this series sex is the most popular issue in the world and nobody discusses it openly but now our society accepts this and we share student problems. In school life every student’s face Harmon’s changed and there is no option for his problem and many cases students depress. Girls face the period problem. In the present thanks to the media channel and print media because they support our women and advertisement for pad and periods. If our students aware of sex education then our society, culture, and the whole world are safe and crime-free.

It is a common question in India but India is changing and now Indian celebrity is supporting Indian students throw advertisements and movies. “Padman” is the best example of changing India. Today Indian students are aware and in the medical field, India sets a new example. Today India openly discusses sex but without education, this is nothing.
Sex education season 1 and season 2 are Hindi dubbed and in India both season popular. the show Sex education Hindi episodes are good but some bold scenes create problems because this is India and its culture does not support it but now the bold scene is growing.

(1) This series is the most popular drama series on Netflix.
(2) sex education 2 seasons were released.
(3) Season 3 will come in March or April 2021.
(4) Most characters of this series are 18-26 years old.
(4) This is a comedy-drama movie.
(5) But their emotional scenes make him perfect.
(6) Series explain college student sex problem.
(7) colourful things like clothes, cars, buildings, etc.
(8) we got student life feeling.
(9) season 3 starts will different mean not connected season 2 but after will connect
(10) every student can see this series.

So finally season 3 coming soon for any information we will update you. 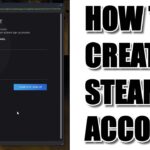 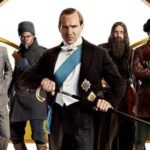