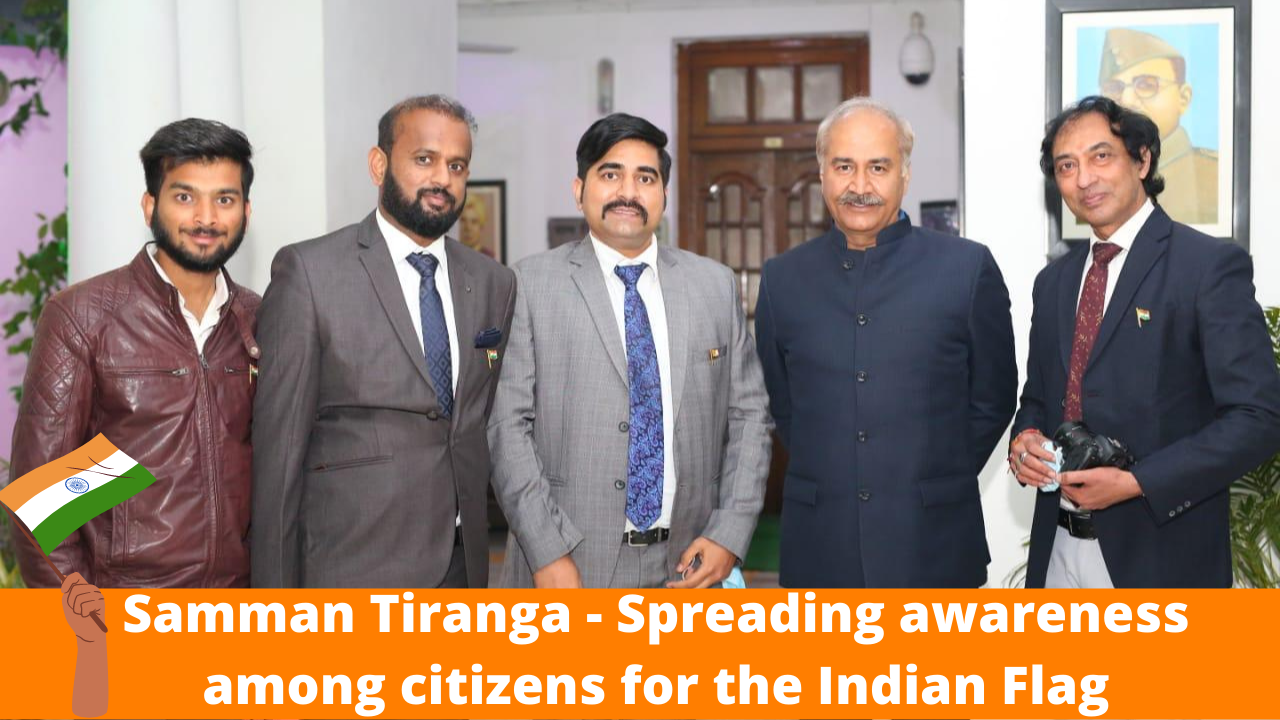 Samman Tiranga, an initiative undertaken by Mr. Atul Anand Pandey to spread awareness among citizens to show respect towards the Indian National Flag Tiranga. It has just launched its app, which was launched by Shri Ram Niwas Goel Ji, honorable speaker of Delhi Vidhan Sabha in 26th January 2021.

The aim of Samman Tiranga is to educate Indian citizens to show love and respect towards the Indian Tricolor’ TIRANGA’. The national flag is the pride of a nation, which instills patriotism in any citizen, the spirit to die for one’s nation.

The Samman Tiranga Foundation’s vision is to Popularize the display of Tiranga by more citizens with love and respect like a soldier. Tiranga stands as a symbol of nationalism and freedom with a great sense of pride. Tiranga represents every Indian religion, language, culture, and region. It is the greatest symbol of our’ unity in diversity’.
Honorable Speaker Shri Ram Niwas Goel Ji shared his thoughts by saying – “The app has been launched today. Atul Anand Pandey Ji & his team have made this App & Website “sammantiranga.org”.

He requested people make the objective of Samman Tiranga successful. Hon’ble speaker requested people if they see any dirty or torn Indian flag anywhere, they can use the app to contact the team. The team will come and they exchange the flag free of cost. The hon’ble speaker further added that this is a great accomplishment of Mr. Atul Anand Pandey & his team or their respect towards the nation is incredible.”

The Samman Tiranga Foundation Of India also spreads awareness about facts, code of conduct for the National Flag of India. It is an attempt to strive for the up-lifting of the true sense of nationalism and patriotism. The Tiranga embodies our modern democratic, secular, and liberal values, which should be embraced by all Indians.