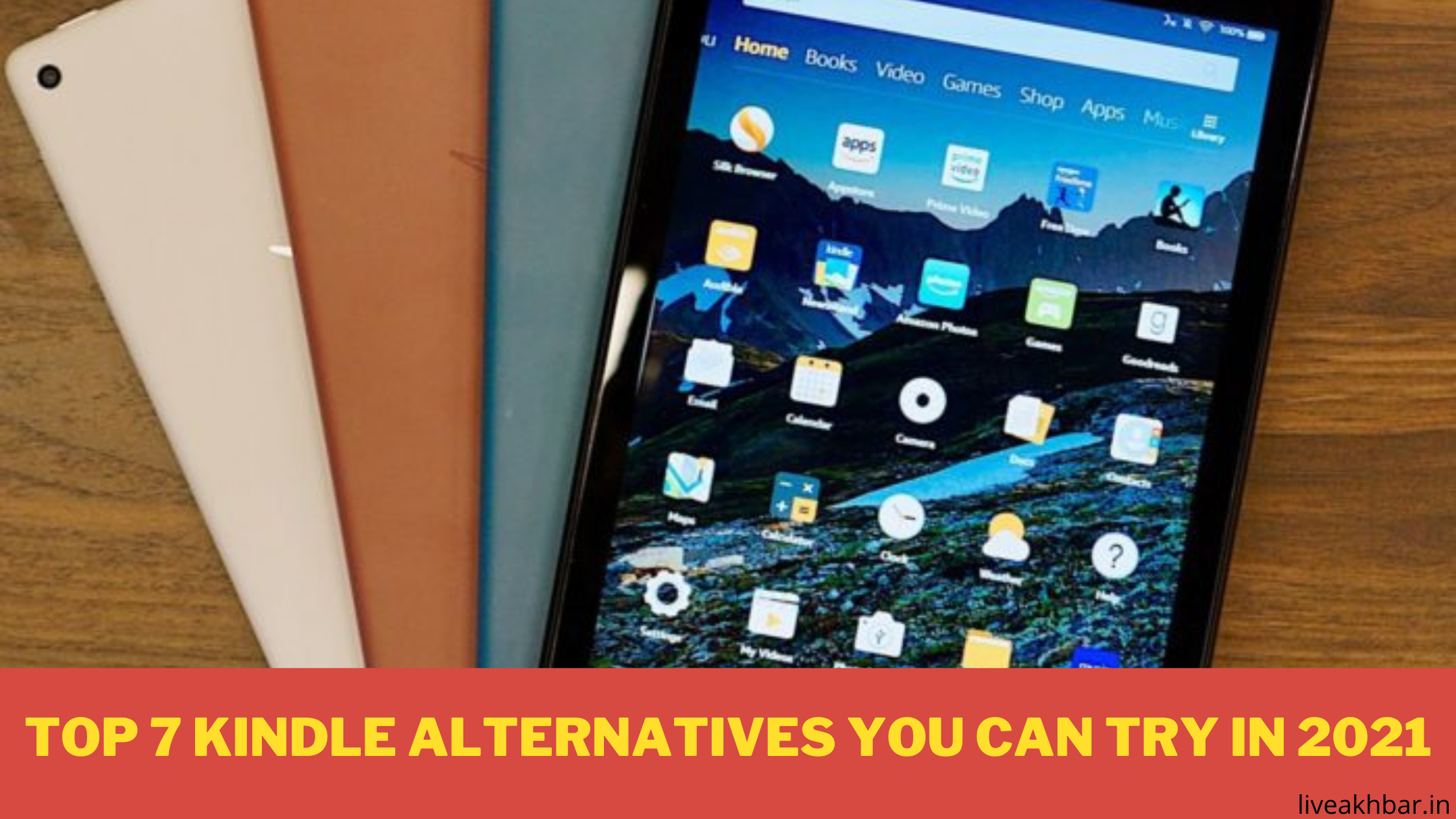 In today’s era of the digitalized world, everything has become at our fingertips. From the tiniest to the largest, one always longs for the simplest way to get the task done, so does a passionate reader. Let’s get into the depth of the best Kindle Alternatives that are available in 2021

‘Kindle’, a substitute for a big shelved library with thousands of books sorted in a systematic digital way, came into playback in the year 2007. Since then it has become the most trusted e-reading platform for reading enthusiasts. With that ‘Amazon became the most valued e-reader manufacturer. Nowadays Kindle seems to be the only e-reader one opts for. But, it’s a unique feature and a compact design makes it a little more expensive.

So, if you are willing to go for a Kindle alternative in terms of pricing and other technical parameters, here are the lists of some other substitutes to get your money’s worth. I will be describing the detailed technical specifications so that the reader’s choices are clicked into place.

The technical features of Kobo Aura Edition 2 include a 6” Carta Ink touch screen with a resolution of 1024*768 pixels. It supports 14 different file formats such as EPUB, EPUB3,PDF,MOBI,JPEG,GIF,PNG,BMP,TIFF,TXT,HTML,RTF,CBZ,CBR along with advantage of rooms for different languages like English, Japanese, French etc.
The improvements in prolonged battery life(which lasts for weeks) and micro USB connectivity are some other aspects that are quite noticeable.

With the introduction of Boox Note 2, the e-reader platforms got a revolutionary change in almost all the parameters. It’s improved and easy to access features made it a strong competitor of Kindle. The features include a 10.3” large flexible screen associated with the dual touch (Capacitive touch+ Electromagnetic touch) and Octa-core 2.0GHz processor as well as a resolution of 1872*1404 (227dpi). There are also big advantages in RAM(4GB) and internal storage(64GB). Likewise Kobo the feature also includes its access in several file formats like TXT, PDF, RTF, HTML, etc. However, considering all these parameters one can conclude that Boox Note 2 has proven to be in the front line. The device is quite expensive because of its added features.

If you are willing to work in a single platform that not only allows you to read but also does some extra works like preparing your daily notes, drawing, etc then Sony DPT- RP1/B is worth it. The salient features include its ultra-slim appearance, access to documents with encrypted security, and a stylus pen. It has an internal memory of 16GB which is capable of storing as many as 10000 files at a time. To make it hazardless for the user’s eyes Sony has introduced an improved display system (low glare display).

The Kobo Forma is the best alternative for the latest Kindle Oasis ebook reader. It is the new model from Kobo which is portable, lightweight, and slick. It comes with IPX8 water-resistant certification which is surely a plus point. Kobo Forma has an HD Mobius Carta E Ink screen of 8 inches which makes its biggest Kobo. It has a 1300 mAh battery. However, it lacks an SD card slot and is a bit expensive.

Likebook Mars E-Book is a compact and simple alternative to Kindel oasis. It comes with a 7.8-inch touchscreen of 300ppi (1404*1872) resolution. In speed and efficiency, it is quite comparable to Kindel as it has Octa-core Processor which Uses an 8 Core 1.5GHz chip and 2GB RAM. It runs on Android 6 (Marshmallow). It also has an anti-glare process which is good for our eyes.

Originally it is a tablet but it also functions as an 8-inch display E-book. It comes with one free year of Amazon FreeTime Unlimited, with which you can access many kid-friendly books, audiobooks, movies, and more. It has a good looking design and has 32GB internal storage with1.3GHz quad-core processor which makes you feel comparatively slow.

Nook GlowLight 3 is one of the lowest price e-readers on the list.

It has a following features